Lecture by Jeanne Kormina at University of Michigan

After the death of the Soviet Union, former Soviet citizens started to develop new national identities. In Russia there was already language to articulate an idea of belonging to the new state. The Russian Orthodox Church had articulated for ages a religiously-inspired, elaborate narrative of Russianness. As a result, the secular state started using religious symbols, such as saints and icons, to communicate with its very secular citizens, particularly concerning the most sensitive topics. Similarly, in their everyday lives Russian citizens often articulate their banal nationalism using the same religious language.

How to build a genealogy of the nation? How to deal with the Soviet past? Which land is ours? Who are our enemies and why do they treat us so badly? In the search to find answers to these and similar questions, many Russian people today turn to the religious vocabulary of Russian Orthodox Christianity. In my talk I will focus of veneration of martyrs in Russia. I will demonstrate how analysis of popular veneration of the Emperor Nikolay II, new martyrs, and a hero of the Chechen war, Evgeny Rodionov, help us to understand some important features of the popular political imagination in contemporary Russia. 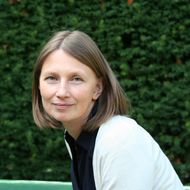