✖
Regular version of the site
Content
Join us on 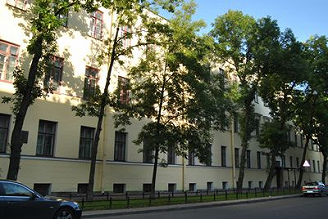 The idea to create the School was born in late 1980s and early 1990s, when it became clear that the existing system of economic education in Russia no longer met the demands of the new political and economic situation. At that time, a group of lecturers at the economic department of the Moscow State University, Evgeniy Yasin, Yaroslav Kuzminov, Lev Lyubimov, Revold Entov, Oleg Ananyin, and Rustem Nureev, saw the necessity of building a new economic school which, from the very beginning, would be based on the principles of global economic science.

The Higher School of Economics was founded by an Ordinance of the RF Government on November 27th, 1992, initially as a master’s education center. Since the very first days of the School’s existence, its guiding principle was to combine a challenging, demanding, even tough, education, with discussion and solution of topical problems of the Russian economy. 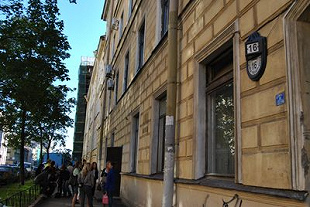 Since 1995, the HSE been a fully fledged university, which prepares not only economists, but sociologists, managers and lawyers. Alongside these changes came the idea of creating a campus of the Higher School of Economics in Saint Petersburg. After the appropriate government ordinance in September 1997, the idea was brought to life.

The Saint Petersburg campus of the Higher School of Economics enrolled its first students in 1998.
The campus is located in historic buildings which have been home to different educational institutions since the 19th century: a boarding school for girls until 1918, and a shipbuilding academy in the Soviet times.

The Saint Petersburg campus of the Higher School of Economics prepares international-level bachelors in the following areas: Law, Economics, Management, Political Science, and Sociology. The university includes 10 master’s programmes as well as programmes of continuing professional education and retraining. 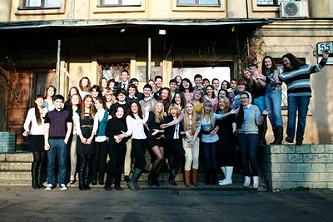 Two international research laboratories successfully work as part of the HSE in Saint Petersburg: the Laboratory for Comparative Social Research headed by Ronald Inglehart (USA, Michigan University), and the Center for Market Studies and Spatial Economics headed by Jacques-Francois Thisse (Université catholique de Louvain), as well as other laboratories and educational and research groups. An intensive research life allows the Saint Petersburg campus to maintain its attractiveness both for students and leading research staff in Saint Petersburg.

Graduates of the Higher School of Economics work in large industrial companies, governmental bodies, and achieve success in management, jurisprudence, sociology, and finance. Students get a comprehensive education in line with international educational standards, as well as knowledge of two foreign languages on a level sufficient for fluent professional communication.

The Higher School of Economics actively uses modern educational technologies. The academic year consists of four modules. In this system the focus is on students’ independent work, supervised by teachers. During their study, each student completes many independent written tasks, a process which allows us to constantly update and monitor their ranking, grades and progress.

Today, the Higher School of Economics has clearly defined principles, including: keeping up to date with the latest developments in global economic and social sciences; interdisciplinary cooperation (economists study law, and vice versa); direct ties between the teaching and practice of reforms, as well as the results of applied studies, and the HSE’s mission to advance the educational community of Russia and its regions.