We use cookies in order to improve the quality and usability of the HSE website. More information about the use of cookies is available here, and the regulations on processing personal data can be found here. By continuing to use the site, you hereby confirm that you have been informed of the use of cookies by the HSE website and agree with our rules for processing personal data. You may disable cookies in your browser settings. ✖
Regular version of the site

This research forum, the seventh of its kind, brought together various international researchers who study Russia and Eastern Europe, in particular the politics, history, culture, and of course, sociology of the region. The Russian researchers’ papers aroused genuine interest among the academic elite. Here is a little more about what the experts discussed at the forum.

Professor Elena Omelchenko presented the paper ‘This Great Feeling: The Practice of Protest: Between Risk and Pleasure.’ The presentation was devoted to work carried out in a case study on youth solidarity in St. Petersburg as part of the international project MYPLACE. Each case looks at various cultural and political scenes of youth activism that are in some way in opposition to one another, in particular pro-Kremlin youth organizations called by a single name, Nashi, a St. Petersburg anarchy group, and the near-right youth organization Russky Beg(Russian Run). The author concluded from her research that group identities can arise not only from a common conceptual context and inclusion in key group practices, by also through emotional practices that arise from contact with society. The study also showed that being included in a group – that is, belonging to certain important mobilization projects – becomes extremely important at a certain point in time, not only ideologically, but also emotionally, as this is accompanied by clear concerns, as well as an individual’s own and collectively shared pleasure.

Guzel Sabirova presented her paper ‘Being a Young Immigrant: Parents, Friends, School,’ noting that children in traditional families are both the objects and subjects as concerns making a decision on immigration. Moreover, they are the driving force behind immigration itself, as well as a dynamic component through which transnationalism takes place. There are differentiated strategies, the Centre’s Deputy Director noted, and they depend on the children’s decision and on the complexity of cultural expectations. Emotion is another important element in transnational parenthood, as it combines the support structure at home with the security guaranteed in the country to which the child has immigrated. Parents and children make the decision on staying, moving or settling down in the context of parental care, as well as decisions on social security practices and working with social support structures.

Nadezhda Nartova discussed the period of ‘chronological youth,’ as well as how girls and young women construct physical age at this time, how it is achieved, and why this occurs in the first place. Nadezhda believes that chronological youth for Russian girls aged 15-20 is neither a valuable resource nor an unreflexive given. On the contrary – they view youth as constituting a problematic or vulnerable status. Commenting on the results of her research, the author noted that in order to achieve the important goal of belonging to older groups, girls resort to using various methods that make them appear older, which helps them create an ‘adult’ identity in a heteronormative society by representing a feminine physicality.

Yana Krupets presented the results of the project ‘Youth Solidarity and Generations of the 21st Century: The Importance of Labour and Consumption,’ carried out as part of a Higher School of Economics Research Seminar in 2014. To carry out the project’s goals, 60 biographical interviews were taken with young individuals who work in St. Petersburg. This included two generations (ages 20-25 and 30-35), as well as 30 men and 30 women, representing various professions. Some worked at large private companies, some for the government, and some were self-employed. The study aimed to uncover the level of importance modern youth attached to work, how young individuals view their own careers, and what they base everyday consumption on. The results proved interesting; overall, Yana identified an overall level of satisfaction for how pleased the research participants were with their own career paths, in spite of occasional instability. She also noted that there was a ‘consumer logic’ when it came to establishing a career, as well as an emphasis on the individual’s own experience.

The last speaker, Dmitry Omelchenko, presented a paper entitled ‘How to Make Sociological Knowledge Visible: International Experience,’ in which he talked about the innovative potential of visual studies in the social sciences. Omelchenko also discussed how contemporary requirements for scientific knowledge and its translation involve active visualization. Lastly, Dmitry described the Centre for Youth Studies’ successes in producing sociological documentaries. 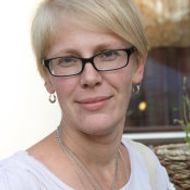