At the end of Friday, 28 December, the celebration of the New Year took place on the educational programme “Political Science and World Politics”. How it was remembered by students and why it was worth going there? 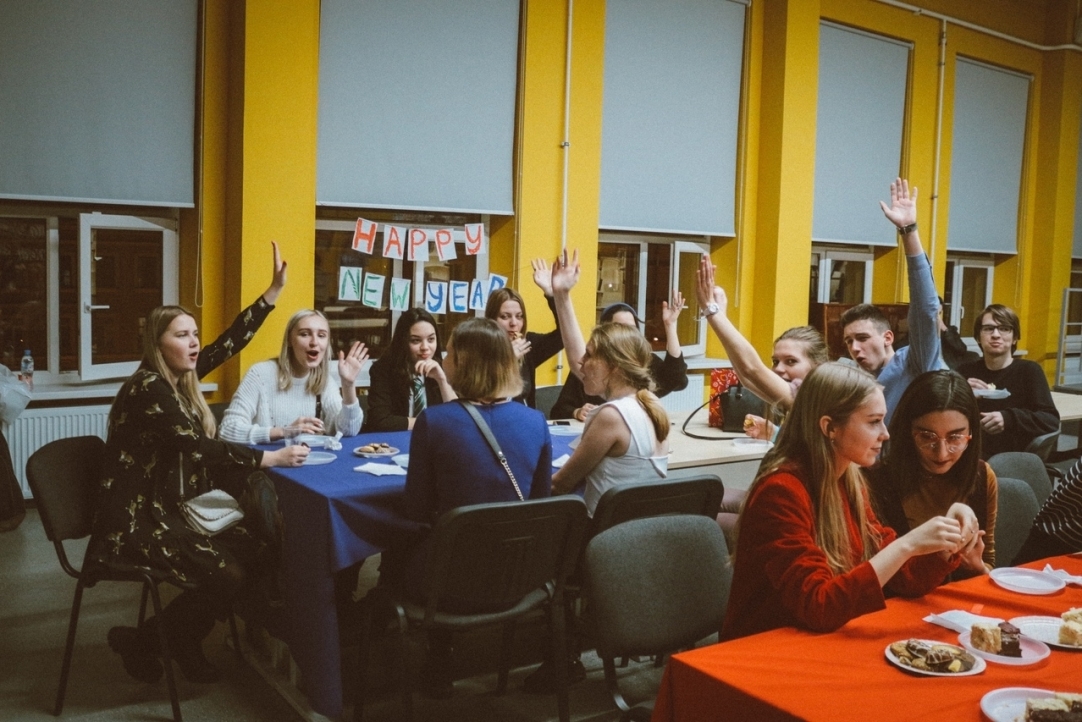 Hogwarts in reality – that's the theme of New year celebrations. Why Hogwarts, why the magic world? No matter what country we are from, no matter what language we speak – a boy with a scar on his forehead and a magic wand in his hands and his world of miracles and magic is familiar to everyone. Organizers wanted this evening to be another memorable event for students of Political Science programme. We all wanted to unite and become closer, make a wish and celebrate the end of the session! So, the wish came true - the celebration took place well.

First of all, people were separated into four faculties. The head of Hogwarts met students and told them what was going to happen next and the magic started.

The Central event of the celebration was a magical quest that tested the participants on the flexibility of mind, insight, sense of humor and responsiveness. At the stations the guys were met by the heroes - the teachers and magical creatures of Hogwarts. To get the prize, it was necessary to try hard! Professor McGonagall, Snape, Moaning Myrtle - that's who the students met and performed their complicated tasks. For instance, they had to play chess game and win the game by two steps. Additionally, it was quite dark and time was limited. Also, it was a task about transfiguration, preparing magical mixture and much more.

After the quest, of course, there were treats. Just like in Hogsmeade – for example, cream beer, ginger biscuits and pies. Everyone was able to eat while enjoying a small show by creative guys.

In order to plunge into the atmosphere of witchcraft in full, the whole evening music and video from different parts of the famous story were playing.

In the end, it was a karaoke. We were singing songs from different years and music styles and we were together. It is the main thing.

Everybody received nice prizes - badges with symbols of the Higher School of Economics and Hogwarts.

It was great! The organizers and participants satisfied and recharged the Christmas atmosphere.

Let's see how it was.

Text and photos by
Anastasiia Vanchurina