A recipient of numerous professional awards, designer, artist, and project curator, Andrei Lublinsky has been placed among the most prominent public art artists in Russia, according to AD Magazine. Professor Lyublinsky is also a lecturer in the Division of Design and Contemporary Art at HSE University in Saint Petersburg. In this interview, he will reveal some secrets of the profession and get under the hood of the public art business. 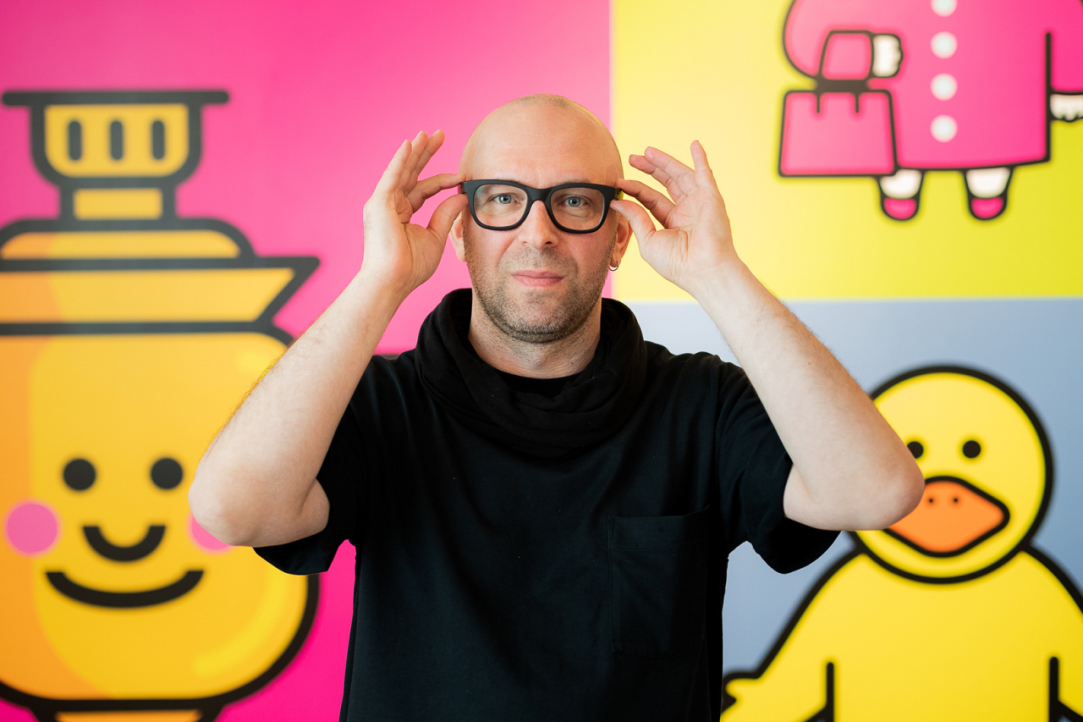 — What in your opinion defines an artist's popularity? How did you hit the TOP 5 in AD magazine’s rating?

— First and foremost, an artist’s popularity is determined by the number of sales and revenue that one gains in the process. No one would buy works of an artist whose name is not known yet. Hence, there is scarcely any demand for such artists, which is quite logical.

As for the AD magazine’s TOP-5 rating, I got there by sheer accident. Once in a conversation with a journalist, I asked her how she knew about me. And it turned out that a good friend of mine, an artist from the very same ranking, advised her to contact me.

But it’s not just about word of mouth, an artist's location also matters a great deal. Say, all the major media resources – including informational ones – are concentrated in Moscow. And if you live in any other city in Russia, you simply don’t exist, with very rare exceptions. That's not to say it’s normal or not – it is just how things work here, and that's it.

— Have you entered any other ratings? Do you think it is important to be constantly present in them?

— I regularly come across my name in a bunch of various ratings – the last time it was the Forbes list called ‘Results from Cosmoscow: the most expensive sales at the fair’. But I don’t pay that much attention to the ratings, as they are quite subjective. The reality is that very few people would bother carrying out a thorny analysis while selecting candidates for the rating – though such cases also happen – just because it’s much easier to fill in an acquaintance’ name in the list.

What really matters is not one’s position in a rating, but a constant presence in the information field. For example, that may be offline events, such as vernissages or other private events, open lectures, among others. My advice here is not to skip such events, as they allow young professionals to do some networking and get tangible leads for future business – this really pays off in the long run. In case you are more of an introvert type, consider social media channels, which is a way out if you prefer to reach potential clients from the comfort of your home.

— Could you name some of your favourite projects?

— The most special project for me is CUBISM, a line consisting of figures of ten animals assembled from cubes. A good phrase to describe this project would be ‘nothing more, nothing less’, it’s perfect in its minimalist nature. I consider it to be one of the best design projects created here in Russia over the past twenty years. Well, I enjoy everything that I’m doing, so there’s not actually a project I don’t like. If you don’t like your work, then there’s no point in getting further.

— What got you into the public art industry? What determined your choice?

— Well, this question I can answer for sure: that was a matter of circumstances. It's just that all the things that I come up with are appropriate for replication and scaling up. Besides, in our day-to-day lives, design projects exposed in the streets get more attention than those at galleries and museums, so I saw a nice opportunity in that. Also, you mentioned the term ‘public art’. It sounds rather vague to me, I would rather call it ‘temporary installations’.

In addition to the artistic qualities mentioned earlier, my works are distinguished by a moderate budget and uncomplicated production process – especially when compared with monumental sculpture – which is also a great perk for young artists starting up in the industry.

— What are the key features that distinguish your works from the rest? What makes up your identity as an artist?

— If you come across things that are bright, ironic, have minimalist form and graphics – most probably, you’re looking at my works.

As for my artistic identity, there’s a very long story behind it. I was born in Leningrad (former Saint-Petersburg) in 1972. As a child, I used to live abroad for quite a long time, which greatly influenced my personality and at the same time caused a kind of childhood trauma. Still, there were positive things as well: during that period, I read a lot, enjoyed watching TV, got interested in comics and cartoons, and later developed a keen interest in music and films.

My youth coincided with the period of perestroika, and that time in Leningrad – especially the second half of the 1980s – was truly exciting, rich in cultural events. Then, in the 1990s, my student years started. Well, that was actually what influenced my personality and made me who I am and what I do right now.

— As an artist, what do you teach your ‘Design’ students? What goals do you set for them and for yourself?

— I teach students not as an artist, but as a designer holding a certain specific background. You know, I didn’t start as a designer or an artist right away. Having graduated from the Saint Petersburg Stieglitz State Academy of Art and Design in the Department of Environmental Design, I worked for twenty years according to my speciality. Only after that, I began making a living from art, which, in turn, strongly gravitates towards design.

In today’s world, it’s hard to say for sure what one is going to do upon graduation, and both design and art concepts are so closely interrelated. Therefore, primarily I teach how to use logic and be disciplined, as it’s important for both my students and me. And only after that – I explain how to come up with a logo or draw a high-quality line of pictograms.

— Do you think any designer can become an artist and vice versa?

— Basically, absolutely anyone who has at least a slight motivation can become an artist or a designer. And those who have the guts can try on both professions at the same time.