Thursday, December 21, 2017 the student group of University College London gathered to take tea with traditional pancakes, to speak Russian, and to thank the academic staff for the time they have spent in St. Petersburg. We asked them about the city, studies, student life, and overall impressions.

During 16 weeks of study the students of the UCL School of Slavonic and Eastern European Studies who are passionate about St. Petersburg, Russian history, literature, and arts, immersed themselves in language and culture peculiarities.

This custom programme was launched two years ago and is to be repeated. Offered as a free choice from over 50 semester electives in History, Sociology, Asian Studies, Politics, Economics, Management and Law, it allows the students to substitute one elective course with work on the UCL Year Abroad Project. The intensive Russian language programme core was developed in coordination with both UCL year 2 teachers and UCL year 4 teachers, while the course in Russian culture was offered to UCL students of Russian language, in addition to the Russian language programme. The literature course equating to 30 ECTS is specifically designed for UCL students of Russian language.

Mikael Zakharov, a great lover of Russian literature and architecture, would definitely recommend reading some of the Petersburg texts before coming here. Mikael enjoyed the cultural lessons, too: ‘One of the first lessons we had was like the debate about whether St Isaac’s Cathedral should be part of Church, or remain a museum, which was like a real divide in the city. And it was quite interesting to hear about this, because I haven’t heard about before coming here, as one of the cultural things which are current today, in the society of St Petersburg and Russia’.

When you walk through the streets, you can see a house of Dostoevsky, or the house of Raskolnikov, or these different streets which they walked down – it just makes it so much more alive

A big fan of the Russian ballet, Fred Powell reckons that he definitely improved his Russian here. ‘I can’t state a single occasion when we have learned something completely new, but I just mean like all these lessons, which have been non-stop, and you only have to speak Russian – you go on to these slight nuances in the language that I wouldn’t have done before. In UCL, they focus on really technical vocabulary sometimes like people are talking about ecology and environment. Here we’ve done some of the basics, such as differences between 'break something' ('razbit' или ‘slomat’) that I’ve never done before, so that was really useful, these elemental things in Russian. I was really pleased, very happy. Spasibo vam!’

One of the two girls on the programme, Eleanor Evans stated that it’s been an experience that she definitely wanted to get: ‘The course size here is pretty optimal for making sure there’s enough students to teach, enough time if you have questions, if you have any problems to talk to the teacher about them. The subjects were on the whole really interesting, especially the cultural lessons. It was a bit more challenging, but still really valuable to learn Russian as well.

I think that when I first got here it was quite nice to have someone picking me up the airport. The buddies were really helpful in getting acquainted with everything, helping us find sim-cards, and all that. I don’t know how I could have coped with it by myself.

As for the campus, it seems quite different to what I was expecting and to what I used to have at UCL, but, maybe, in a good way. The university is a bit smaller than UCL, generally, more cozy’.

Maurits Westbroek, third-year student of Russian and History at UCL, has taken an extra module in Russian, Post-Communist Politics on top of the classes in Russian language and culture: ‘It was a good level of English-taught discussions and materials, so you can sort of jump into it without any problems. It works, more or less, like a module in the UK.’ 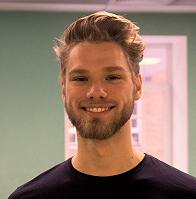 Things I like most about the Russian courses by HSE St Petersburg is that everything was in Russian, they really put an effort to make us speak Russian. Some days when you’re not that awake you can still listen to the language, make notes, so this constant immersion was really useful. The teaching materials are good, as they are adapted to B1 or B2 levels, so you get the proper materials, you have videos sometimes, you would practice speaking, writing, reading, all you need.

Outside the classroom, you’ve got plenty opportunities to practice Russian: some get on with Russian buddies amazingly, hang out with them. Other than that, I took a different module with mainly Russian people there, you also get involved in the society. I feel like you can balance it; you've got your learning and free time to do whatever you want. You can sit at home all the time, but all the opportunities are offered to us, it depends on what you make of it.

Talking about St Petersburg, as a history student who is doing mainly history of Russian Empire and Soviet Union, I should say it’s amazing to walk around the history. You get all the museums, cathedrals, and if you love Russia, you’ll love St Petersburg even if you have been here before.

Very comfortable, very friendly place, so much amazing stuff to see without a usual chaos and dirty environment of other huge cities. It’s really the best of all worlds

There was not much not to like, sometimes it can be difficult to get around. Traffic jams start probably around 3:30 PM to 8 PM, so you have to plan the way you get around even if you get taxi. It can be a nightmare to go anywhere. If traffic’s good it took 20 minutes fro the uni, but if it’s bad it turns into 50-60 min. Going back from the uni took so much longer than it should have.

I rented an apartment with another course mate in the city centre, a hundred meters away from the Hermitage. Some Russian peculiarities such as the heating is communal, when they turn on, it can get quite hot in your apartment. It’s easy enough to find someone who speaks enough English, and then you supplement that with your own Russian. Very helpful people, and the costs are much cheaper than in London. Even if you get a really good location and a nice apartment as we did, it is still, four times cheaper than London.'

Another London-girl of the group Bishalee Sehijpal was initially nervous about a whole different environment she got into. ‘I was studying Russian and math. As for Math it wasn’t as challenging as the way that Russian students were not listening. But maybe it’s just this particular class.

The Russian classes went really well, lovely and engaging. It was quite challenging instantly speaking Russian, but I think that has helped. My Russian has definitely improved in terms of speaking to people randomly in the streets – I can speak to people now!

It really opened my mind towards Russian people. In general, it was a whole new experience that I wouldn’t have got, if I haven’t gone Russia

Advise I would give is that it takes time to adjust. Just bear in mind that every country has its own culture and the mentality. I’ve made really good friends here. I had a buddy, Nastya; we met once a week to practice my Russian. I became friends with other people’s buddies, didn’t expect that. Russians are nice.

I love St Petersburg, which is quite similar to London. I am definitely more like a cosmopolitan person, so I definitely enjoyed Moscow when I was visiting it. There are things to do, there are restaurants to go to, vegan and vegetarian places – it’s beautiful, so much to do. Next semester I am going back to St Petersburg. I am really excited, though I worry a little about winter temperatures and winds'.

The last, but not the least, who told about his personal experience during the semester was UCL student from Turkey Rüzgar Akgün.

‘Coming to the most European city of Russia, I was literally surprised with this striking mix. There’s a very special atmosphere. You have to see those canals and the little courtyards like in Dostoevsky novels.The level of Russian classes was good: I didn’t feel like they were dumbing it down for me to understand, nor didn’t I feel it was too complicated. That exact adequate level, just perfect. The teachers were very nice and friendly, so I would recommend it definitely. 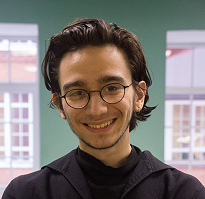 I feel like I’ve progressed, but I didn’t feel completely lost in it either

Dormitory in Obukhovo, 20 min by metro, was fine in terms of living conditions and amenities, and its cost is only 15 EUR. Although I recommend renting an apartment if you feel like living closer to the historic centre in St Petersburg.

The canteen in the building on Kantemirovskaya street is great, food is good and affordable. I preferred taking time out instead of the additional evening classes. I worried about getting along with Russians for the first month, but then I went out and met so many good people speaking English. I feel like I will come back to St Petersburg. I would definitely live here if I find and opportunity in future'.

A double-degree track at HSE University in St. Petersburg established with UCL – Master's programme in Finance – is already featured in a prestigious consortium of European universities on the International Masters in Economy, State, and Society (IMESS) project and accredited by the Association of Certified Professional Accountants (ACCA) for Financial Management.

By Anastasiia Sysoeva, Marketing Officer of the Department of International Relations