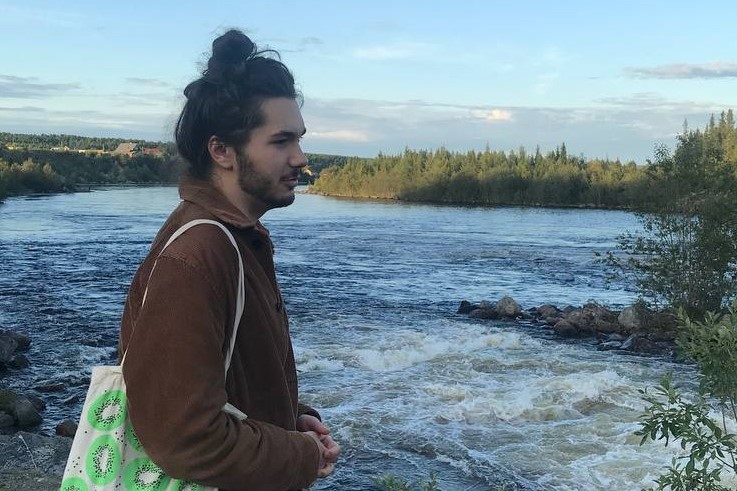 On studying at HSE University-St Petersburg

It was not my goal to enter the Political Science programme: I was interested in History more. My parents were against this choice as they wanted me to become a student of a Law faculty. I refused to enter a Law faculty firmly, that is why we found a compromise—it was the Bachelor's programme 'Political Science and World Politics'. The programme turned out to be rather interdisciplinary, which would give me a chance to continue my studies or work in almost every sphere. Back then, my whole family did not really understand what it was. It took me a year and a half of studies to understand how Political Science works from a scientific perspective. I managed to get only a fee-paying place. But for the first year, I received a discount of 70% on tuition fees, and before the second year, I got a state-funded place.

On the one hand, I did not expect anything in particular from the programme, so there were no expectations to meet or not to meet. On the other hand, I do not regret my choice. I am very happy that I was enrolled in the Political Science and completed the programme.

On studying in Italy: the double degree programme in Rome and admission to the University of Bologna

When I was a third-year student, I took part in the double degree programme with the University of Rome Tor Vergata. Right now I am waiting for my second Bachelor's diploma from Italy to arrive. Usually the programme implies that students go abroad to study for a year, but due to COVID restrictions for the first five months, I had to stay in my flat in the Leningrad region and have online classes. But I was in Rome in spirit. Then I managed to get to Italy, where I spent another five months. For the first two months, I was attending classes, lectures and passing the exams. After that, I was writing my term paper for HSE University and exploring the country. Moreover, I visited the graduation ceremony of my Italian group mates.

Studying at Tor Vergata University is different from studying at HSE University in the format of courses: they are either lectures or seminars. The majority is in the form of lectures, but even during such classes, a professor may ask students questions and initiate a discussion. The final exam is an obligatory part of each course. It is usually held orally. All the students answer the questions one by one. By contrast with Russian universities, the students do not know the topics and questions before the exam—it is impossible to predict what you will be asked.

There were two courses which I see as highlights of my studies at Tor Vergata University: Gender Researches and Economics of Migration. The course on Gender was introductory, so if you are interested in this topic, a major part of the information may be familiar to you. Except learning about Statistics and Data, we engaged in Philosophy: read works by Pierre Bourdieu, Gayatri Spivak, Judith Butler. While studying the second course, I had to learn how to work with a big amount of economic data, which, to be honest, was rather challenging to me. I took interest in the topic of migration: they told us about various migration routes, reasons for the population migration from different countries—economic, political. The lecturer shared many interesting facts with us which would help to debunk the popular myths on the topic. For example, where the Syrian refugees actually went—in general, to the nearby countries—Turkey and Lebanon. So it was a very useful applied rundown to help us dissuade people when we discuss such topics.

Now I am a student of the Master's programme 'East European and Eurasian Studies' at the University of Bologna. I chose the programme chaotically, but I knew for sure that I would go to Italy—I loved it during my studies at Tor Vergata University: I felt comfortable and safe. Besides, I had learnt the language well enough. I examined the rankings of universities, used the aggregator websites for the applicants to the foreign universities, looked for the programmes which corresponded to my research interests and previous degree. I did not have to present the project of the future thesis for the programme I had chosen: they paid more attention to GPA and the thesis topic. The communication with the university is going well: the study office is open to dialogue, the staff answer the questions very quickly.