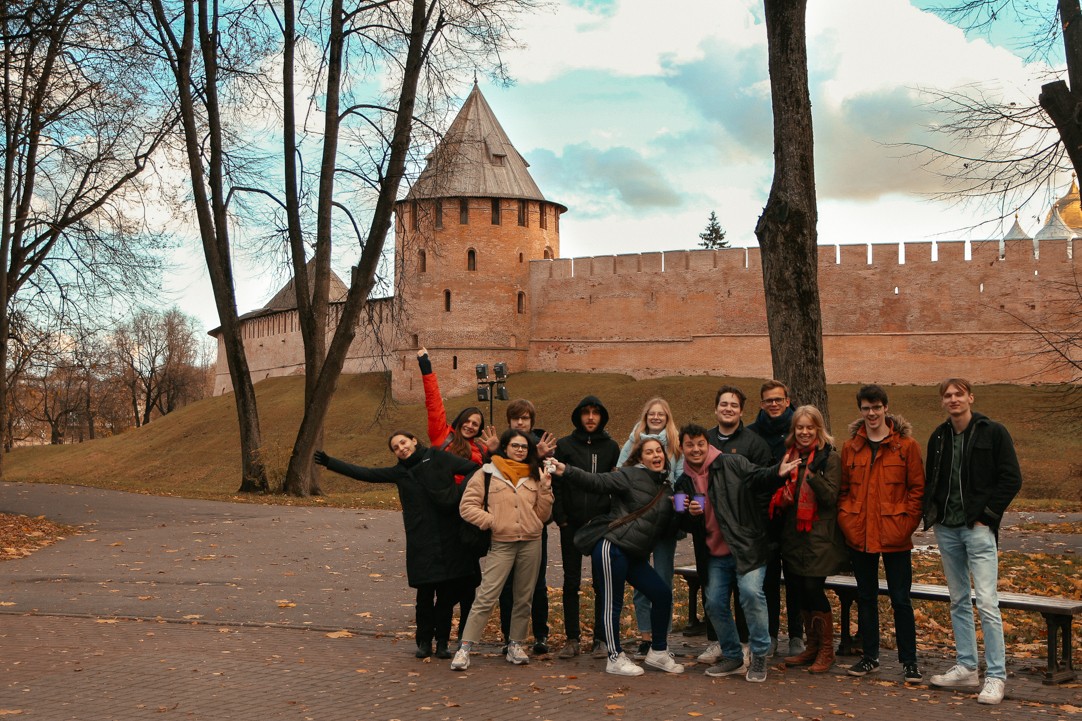 © HSE University - St. Petersburg
In the first weeks of October, HSE international students embarked on two exciting adventures. We gathered together on a boat tour along the picturesque St Petersburg’s canals and made a day trip to explore the medieval architecture of Veliky Novgorod. Here’s a quick recap of the outings.
On the 10th of October, 25 students from bachelor's and master’s programmes took part in the first autumn outing in this semester, organized by the International Student Support Office. First-year students gathered together to discover the Venice of the North from the most well-known, still absolutely amazing perspective – while sailing in a boat along the city’s central rivers and canals.
Together we enjoyed the quiet romantic rivers, like Moyka and Fontanka, and the wideness of the Neva River, away from the hustle and bustle of the downtown. Getting out on the water was a great treat after a month of studies.

The atmosphere was really international, as there were people from Russia, India, Vietnam, Kazakhstan, Uzbekistan, Belarus, and Singapore. Together we took memorable photos, made a language exchange (as there were both Russian and English-speaking students), counted the bridges and tasted healthy filling snacks at a buffet – vegetarian food included as well.

The guide spoke about the city’s historical events and facts, revealed some legends and secrets of the draw bridges, as well pointed at some hidden gems. The excursion was held by a professional guide and was completely in English, so it was easy to follow along.
The students who went on the boat tour are currently enrolled in the following bachelor's and master’s programmes: ‘Design’, ‘Media Production and Media Analytics’, ‘International Business’, ‘Management and Analytics for Business’, ‘Philology’. Thus, this tour will surely give an extra advantage for those students who listened attentively, so that now they can show off their knowledge of Russian history, architecture, and culture during the lectures.

It being Sunday, we let ourselves have a little party and a DJ open-air session. Standing at the front of the boat, we watched the sun getting down. At the end of the tour, in the lilac-coloured twilight, we threw coins and made wishes.

On the 16th of October, we had another adventure. This time, we went to a completely new location considered a cradle of ancient Russia – Veliky Novgorod. On that trip students from partner university – UCL (University College of London) – spent the whole day exploring the oldest city in Russia.
As the city is located just 190 km from St. Petersburg, it was easy to make it a day trip. We started with the Vitoslavlitsy Museum of Wooden Architecture. There we went horse riding, played with farm animals and strolled along the old buildings. It was like getting back to the past, as the buildings are in a good condition and give a good feeling of "how it was".
We discovered a typical Russian village life: log cabins, wooden churches, windmills, farmhouses, and a bathhouse. Besides, the excursion included a lecture on the Vitoslavlitsy’s historical background. The ladies inside the houses dressed in traditional outfits explained the place history very well and told us about the household traditions.

The weather being a bit cold, we went to a cafe to drink hot tea and have lunch. 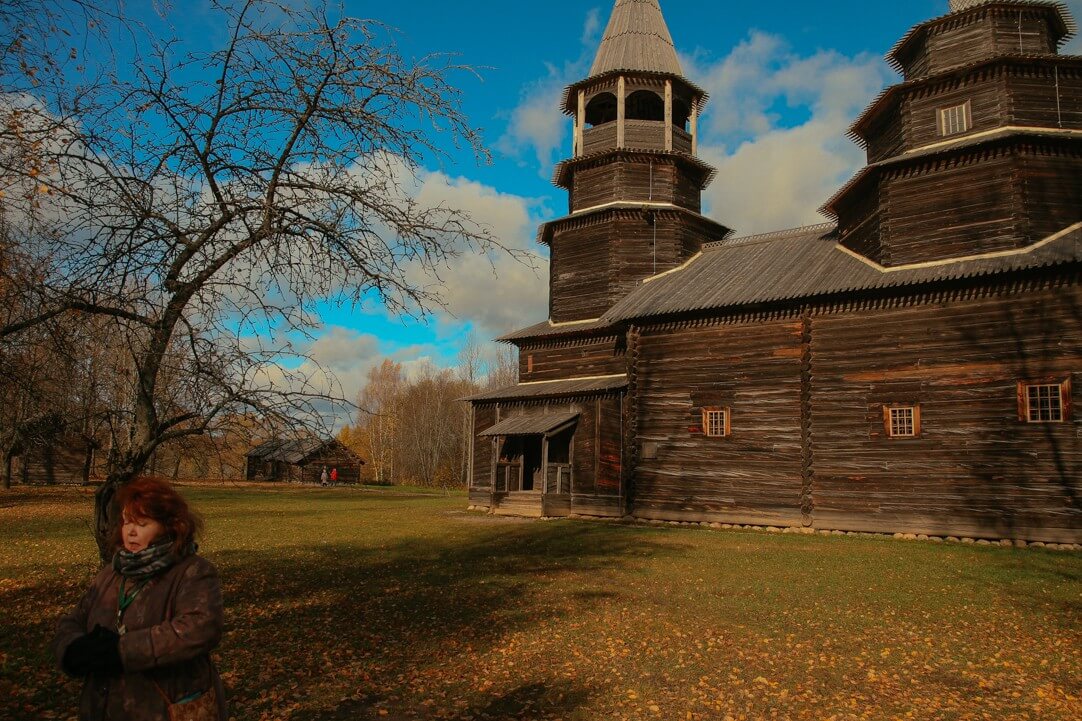 © HSE University - St. Petersburg
After recharging our batteries, we headed to the Veliky Novgorod’s Kremlin, which was the highlight of the trip. This ancient fortress built from stone and brick had the purpose to protect the city centre. It was fascinating to get to know that it occupies a place in UNESCO World’s Heritage List.
We also visited other must-see buildings located within the complex, such as St. Sophia Cathedral, it is a 5 domed cathedral dominating the Kremlin with a neighbouring white stone Bell Tower. Entering inside, we got a chance to get a closer look at all the decorations, icons and frescoes.
At the end of the tour, we had dinner and hopped on a comfortable bus that took us directly to the Sennaya Ploschad tube station in St Petersburg.

Are you ready for new adventures? Then follow our blog, social media and ISSO telegram channel to miss no new outings and updates.