‘Studying Abroad Broadens Horizons’: Nikita Sidorov on His Exchange Semester in the UK

Nikita Sidorov is a fourth-year student of the Political Science and World Politics programme. Recently he went on an academic exchange and spent a semester at one of the most prestigious universities in the world – University College of London (UCL). In this interview, he shared with the editorial board his impressions on the exchange semester. 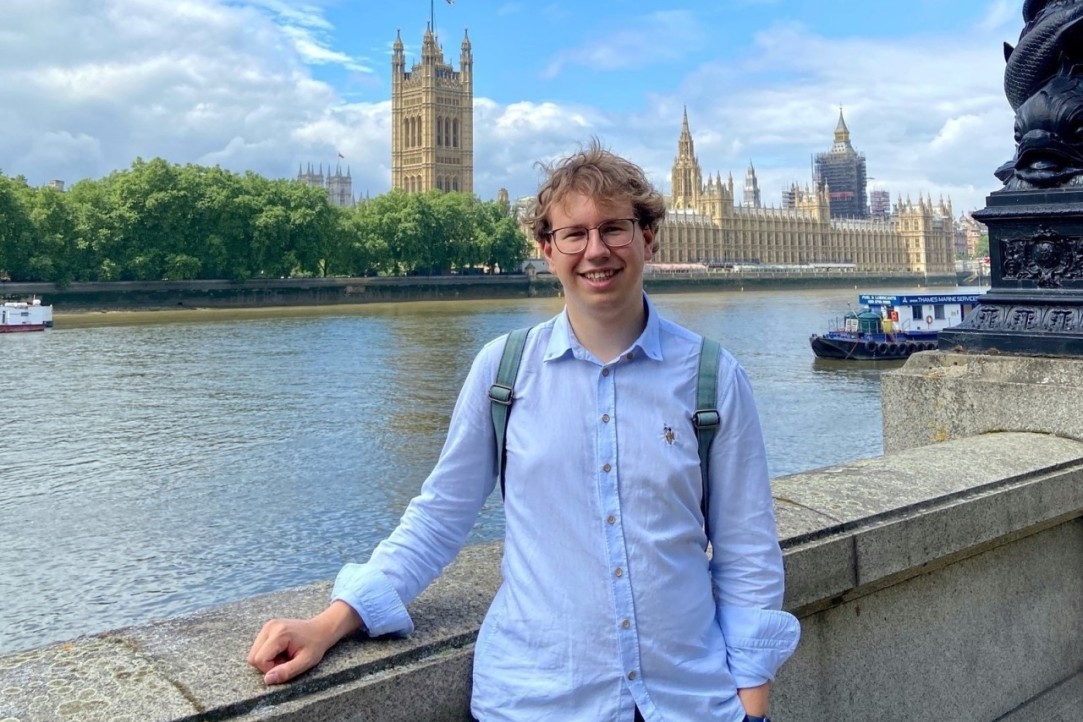 — Nikita, why did you choose University College London for academic mobility?

— There are several reasons for that. Firstly, I have always been eager to visit the UK, so I did not even consider other destinations when filling in the application form. Secondly, as UCL holds a leading position in world university rankings, I got curious about how the education process is organized at one of the top-ranked universities. Thirdly, there was an Erasmus + scholarship, which also served as a substantial bonus to the programme and helped me make the decision. Finally, in my first year at HSE – Saint Petersburg university, I made friends with an exchange student from UCL who came to St. Petersburg to study in our programme. We got on well, and I was excited to be able to meet him again in London.

— Was it difficult to get all the documents ready? How competitive was the selection process?

— Well, probably what I found most challenging was getting an IELTS certificate. Despite being enroled in an English-taught programme, it took me quite a while to get prepared for the language certificate exam. So I would definitely recommend getting to know the exam format and its pitfalls beforehand.

As for the UCL application itself, it consists of several pages, so it took me two evenings to fill it in. Also, I had to make sure that my individual curriculum plan corresponded with the selected courses, and that took some time as well.

— What did you study at UCL? Did you like how the education process is organized there?

— I took several subjects: Researching Politics and Society, Soviet and Russian Foreign Policy, as well as Democracy and Democratization. Actually, I do not know how the educational process used to be organized before the pandemic, but when I studied there lectures and seminars were held online.

From the courses that I picked out, the one on the Parliament of the United Kingdom of Great Britain and Northern Ireland turned out to be the most demanding. I would say that when I was on my way over there, I thought I knew much more on this topic. Still, with constant assistance and lectures by Professor Meg Russell, it turned out to be one of the most engaging courses. I remember once quoting Prof. Russell’s work for a term paper; she is a great specialist in parliamentary research. Thanks to her, I got inspired to study British politics.

— Could you tell us a bit more about the campus itself?

— Due to the pandemic, the campuses were closed almost completely with only libraries and student centres remaining open. Still, when exam dates were approaching, I managed to come to a student centre and get prepared. I had no problems getting to the university as all the campuses and facilities are located within walking distance – right in the central quarter of the city. Thus, it took me about 20 minutes to get there from my house.

Nearly once every two weeks we had meetings with exchange students at our department. And there were also regular meetings with academics or politicians on British politics. I managed to visit such events several times, and it was absolutely worth it.

— Did you get a chance to travel around the country?

— Sure, I managed to explore not only the capital, but other places located nearby. The city is really walkable, so I used to explore London on foot a lot. There is also a well-developed system of bike paths, so renting a bike is quite affordable there. Well, if you stay in the central part of the city, getting around is no problem at all.

I have also travelled to Oxford and Bristol, which is about two hours from London by bus. And I have visited a relatively small but insanely beautiful town in England with pleasant low-rise architecture and an abundance of gardens. Getting back to London, I can highlight Parliament Square boasting a lot of pleasant parks and embankments, which is not far from Tower Bridge. I missed St. Petersburg and its channels a lot, so I intuitively liked being there.

— What is the most important thing that you gained from this exchange semester?

— Well, the most obvious and gratifying is getting to know new people – both among peers and professors. Also, it is a new cultural environment that one explores when studying abroad. Besides, I would add that student exchanges allow comparing different education systems and taking a look at the leading education models.

You know, we spend most of our lives in the same country, but when moving to another place there is a chance to look at the world and familiar things from a different perspective. I would say for sure that studying abroad broadens horizons.

These six months spent in a new country helped me realize what I would like to do in the future, what areas I want to explore. It was a great experience that allowed me to see the country not just as a tourist, but as a real citizen, and now I would really love to get back to UCL as a master's student.

— What advice can you give to those planning to participate in international mobility next year?

— It is important to pay attention to various guidelines, to read attentively what is written on an official website of a particular programme office and the university that you plan to enrol in. I would recommend attending seminars organized by HSE – Saint Petersburg international office, as they provide valuable advice. And, of course, to avoid last-minute situations, keep a pulse on deadlines – this will surely save a lot of time and effort.

When planning to take part in an exchange semester, keep in mind that it is not just about having fun and travelling, try to concentrate on your studies. And, most importantly, do not be afraid – as the saying goes, nothing ventured, nothing gained!