Ruslan Valiev, a fourth-year student in the bachelor's programme ‘Political Science and World Politics’ managed to complete an impossible mission this summer—namely, to represent Russia at the G20/Y20 Summit and to land an internship at a Japanese energy company.

Well, I would not define my path as a ‘career’ path but rather as a ‘path of my interests’, because I started with them. Since my first year, I had been applying to any and every programme I found interesting. The first time I had luck was in my first year, when I got into a BRICS summer school in Shanghai, which changed my perspective on my career prospects, work, politics, and life in general. Three years have now passed since then, and I just came back from two of the biggest events in my life: representing Russia at the G20/Y20 Summit in Japan and an internship at a Japanese energy company. I have no regrets about what I did three years ago—I overcame my fears, insecurity, and immaturity by applying to those programmes.

I got to participate in the Summit after a lot of hard work and networking. I reached out to numerous people, told them about my interests, suggested different projects, participated there, did my best, and all these resulted in an invitation to the selection contest of 2 candidates from Russia to the Youth 20 Summit. Generally speaking, it was mostly volunteering and social activities, but I also completed projects (such as ‘Grazhdanin Politolog’). The selection was quite hard; you had to demonstrate a deep understanding of the topic. However, the summit itself turned out to be even more difficult. I represented the interests of Russian youth and I had to make sure they were reflected in a Declaration together with the interests of the 19 other participating countries. It was a tough 6 days. Imagine how difficult it is to come to an agreement with a friend about something she or he doesn't agree with you on, and than multiply that by 19 with people from all different countries and points of view sitting at one table. In general, it was challenging, awesome, and very interesting.

The visit to Japan for the Youth 20 Summit has changed my outlook a lot. I realized that I can view my path as being much wider than I did before. I understood that age and prejudices are nothing more that words, and you can do things that are not expected of you. I was the youngest delegate at the Summit, all the others were over 25, and the most experienced delegate was 35 years old. This aspect made my nervous, but it was definitely worth it: I grew even more in terms of my knowledge and world perception. I also learned a lesson about opportunities. When you see a moment and understand what you can get out of it, but you are stopped by the feeling of awkwardness and discomfort – you need to seize it - storm it as if it were the Bastille - because if you don't, you will regret it twice as much. This attitude helped me at the G20/Y20 to get my internship in the green energy field at a Japanese company.

I recently came back from Tokyo, where I completed my internship at Shizen Energy. My main goal was to prepare and implement a project to bring the company to the Russian market, so, in other words, I worked as a business developer. Shizen is a very unusual company. Its international department operates on the teal organization principle, meaning that employees are not restricted by anything except the obligation to present the results of their work. I did not have working hours, a dress-code, or managers. Instead, I had freedom, respect, many pieces of advice and collective decision-making of challenging tasks by voting. In a word, it was amazing.

As far as I have said, I got the internship during the Summit dinner. You may ask, how did a political scientist get an internship at an energy business? I also frequently ask myself this question. However, there is no area of business where knowledge about running the government and governmental institutes is useless. In the evening I got to talking (an advantage of sociability) with the company representative. I told him about my interests in clear energy because I'm writing my thesis about it. We exchanged our contact information, and right after that I sent him an email where I described some follow-up thoughts about our conversion, and at that point - it was in the bag!

Working days in Tokyo were free because I did not have them in the traditional sense. I worked when I wanted and could, which saved me from having to sit in the office when it was unnecessary and I was tired. I will go back to Shizen in January: the company liked my project and I was invited to continue the internship.

The project I am working on involves studying the Russian renewable energy market, which is still weak but full of potential. The next stage or gate – since Shizen uses the gate system of project management – will be to search for a local partner who would like to co-finance the pilot ‘solar farm’ project.

What I got out of the month of the internship in the Japanese company cannot be measured by any existing scale. I have gained experience in different spheres, from finance to solar panels engineering and the features of their structure and installation. In other words, I gained new knowledge which is difficult to get at a university, because it can be earned only by experience, which is sought by all employees.

HSE gave me a lot, from understanding the importance of interacting with people to a knowledge of statistics and an interest in research, which a lot of people do not like but often becomes one of the main components in searching for a job or internship, as I managed to find. In addition, there were unlimited resources for finding and participating in conferences and workshops. It is important to seize all the opportunities the university presents you. 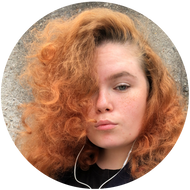