HSE Places Second Among Russian Universities in THE Humanities Ranking 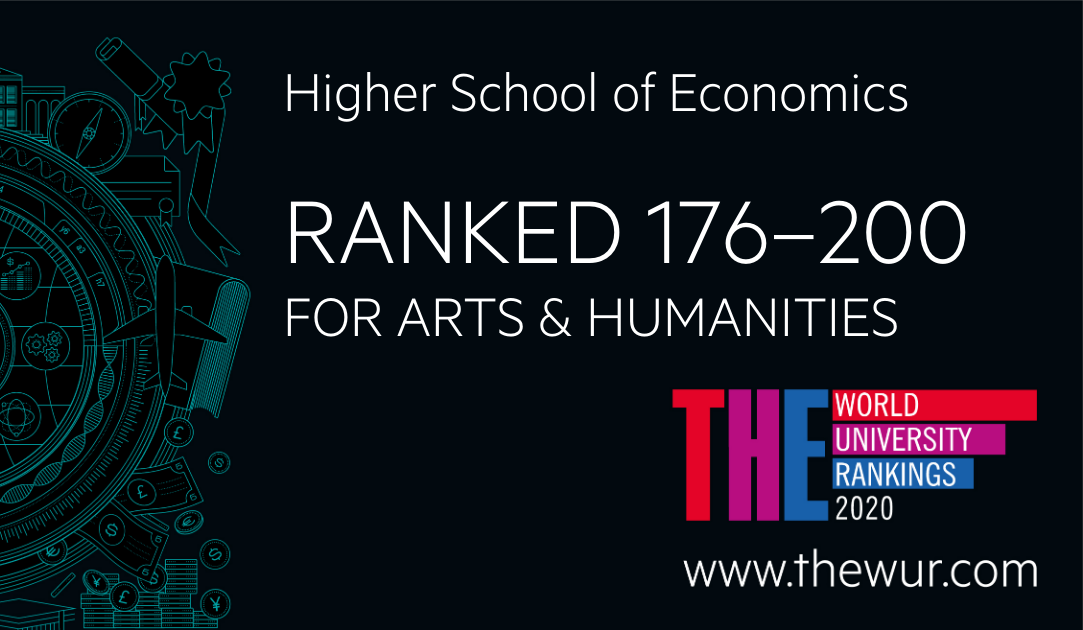 HSE University improved its performance from last year, entering the Top-200 of the Times Higher Education (THE) subject ranking in Arts and Humanities. We now place second among Russian universities and have the best results of the participants of the Russian Academic Excellence Project 5-100.

HSE University moved upwards in this subject ranking thanks to its strong reputation in teaching and research among international experts, as well as its publications and citations. Furthermore, our objective indicators in this regard have also improved, namely, the share of international faculty and total number of PhDs awarded.

This ranking includes a total of six Russian universities, with four of them being participants of 5-100 Project. MSU took 72nd place; the Top-300 now also includes SPSU, TSU and KFU; with UFU having entered the ranking for the first time (301-400).

The Arts and Humanities ranking covers such subjects as Archaeology, Architecture, Art & Design, Classics & Ancient History, English Language & Literature, History, Linguistics, Modern Languages, Performing Arts, Philosophy, and Theology, and Divinity & Religious Studies. The methodology of the rankings by subject is based on the same 13 indicators in five categories as in the institutional ranking, but the weight of the indicators changes from one subject area to another.