Registration to participate in the first Model United Nations conference in HSE University -  St. Petersburg (HSEIMUN)  is now open. Our students participate in MUN conferences all around the world in order to obtain valuable experience in world politics and diplomacy. 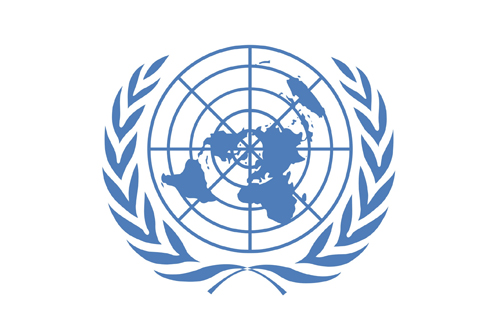 A group of students in the BA Programme  "Political Science and World Politics" recently returned from the Future We Want Model United Nations, held at the UN Headquarters in New York. We asked them to share their impressions of the trip.

"Participation in Future We Want was one of the most valuable experiences of my entire life. I have already arrived back in Saint Petersburg, and it’s hard to believe that two weeks ago we were in New York walking through Time Square and Wall Street, waking up on Manhattan, having breakfast at American restaurants and even modeling the UN at the United Nations Headquarters. We now understand how to replicate the model, and how not to. I am sure that this knowledge will help us with the organization of the HSEIMUN 2018.

I recommend taking part in such events to to broaden your perspective. I filmed our trip from the very beginning in order to share it with others upon my return. I would like to thank our delegation for the unforgettable week in the USA and hope that we will be back next year".

"To be honest, I did not think that we would be able to go to the UN model in New York. It was all too cool, too interesting and too spontaneous to be true. And the challenges that we had to overcome in order to get visas and fly to America also proved difficult! But our patience and persistence were rewarded!

The trip was amazing! Firstly, we it was a unique experience to participate in MUN. Many members of our delegation had already participated in various models, including me, but it was first time that we did it on such a large scale. Secondly, one of the most important tasks that we have set ourselves is to put together a model UN at HSE which is as successful as possible. The MUN in New York provided us with many good ideas about how to do so. Thirdly, it was incredible useful, starting from the fact that we were at the UN itself and getting a lot of practice at speaking English. Lastly- ‘New York, New York’! We really had a wonderful adventure, visiting many places of interest, and even did exercises in Central Park. I’d love to put together a similarly unforgettable MUN in St. Petersburg".

"The news that the delegation from our university was going to participate in the most famous United Nations model in New York came unexpectedly. I was over the moon when I finally realized that in few months we would be in the megalopolis boasting the highest skyscrapers and at the United Nations Headquarters (which I had seen only on TV) modeling the UN. We visited lots of places of interest, took awesome photos against the hipster Brooklyn Bridge and ‘rocked to the Top Of The Rock’ at the Rockefeller Centre. I can't imagine how could have spent the time better. I'd like to express my gratitude to our programme administrators - World Politics and Political Science - which supported from the very beginning of our adventure".

"I firstly would like to thank the faculty members that helped us to organize the trip.

I had the opportunity to attend the General Legal Assembly and discuss the topic of accountability of the UN officials. We discussed an international issue as diplomats. We represented Costa Rica, made a speech and outlined ideas, which were supported by our peers. I really couldn’t believe that I was there in the place where real diplomats sit and negotiate international issues.

I am grateful to my friends in the team for their support. Being the Head Delegate, it was not easy to manage everything at once. I needed to contact other head delegates around the world, and I needed to connect with the organizers of the event. It was challenging. I realize that this world has a new generation that is ready to change the situation for the better. We are now good friends. Some participants had backgrounds in fields such as medicine, education, and engineering, rather than International Relations, which I found really amazing. We hope to meet each other in the future as real diplomats". 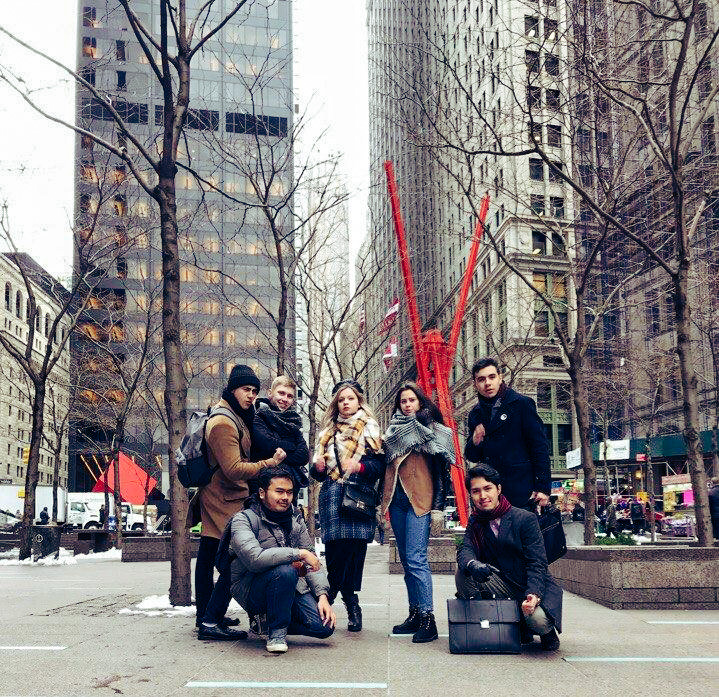 "When I received an email about the opportunity to go to the MUN in New York last year, I wasn’t sure about asking the university for support. However, I was pleasantly surprised. HSE accepted my proposal, and supported us all the way to the event, helping us to overcome many obstacles.

The experience of participating the event is unforgettable indeed, and I hope that we shall return in the not too distant future. It is certainly something which I will remember for a long time to come".

"A couple of months ago I would not have imagined that I would be giving a speech at the UN Headquarters in New York, that I would walk down the streets of this city and enjoy the incredible skyscrapers and the delightful atmosphere, that I would be making friends with people overseas. It was a kind of a dream. Even when I was informed about the possibility of flying to New York to attend .the International Model United Nations, I did not take it seriously.

However, thanks to our team and our university, as well as my colleagues' patience and confidence in our success, our common dream became a reality. We have been to one of the most beautiful cities in the world, discovered a lot about the life there, but most importantly, for a few days, we were part of the diplomatic world. The trip has taught me that any dream can come true if you put in maximum effort and believe in your success. Once again, I would like to thank my colleagues, my teachers at HSE and my family, for their unending support".

Higher School of Economics International Model United Nations (HSEIMUN) is a new event in the constellation of MUN activities held all around the world. It is an emerging platform for international education and intercultural dialogue.
Date
26 April  2018
Topics
Education
Keywords
conferences & seminarsstudentsReporting an event
About
Bachelor's Programme in Political Science and World Politics, HSE Campus in St. Petersburg