Charlie Song about His Life-changing Five Months in Saint Petersburg.Part 2

In the first part of his story Charlie Song shared how he had decided to study in St. Petersburg. The second part of Charlie's story is dedicated to his everyday life in this city and includes some useful tips for future international students 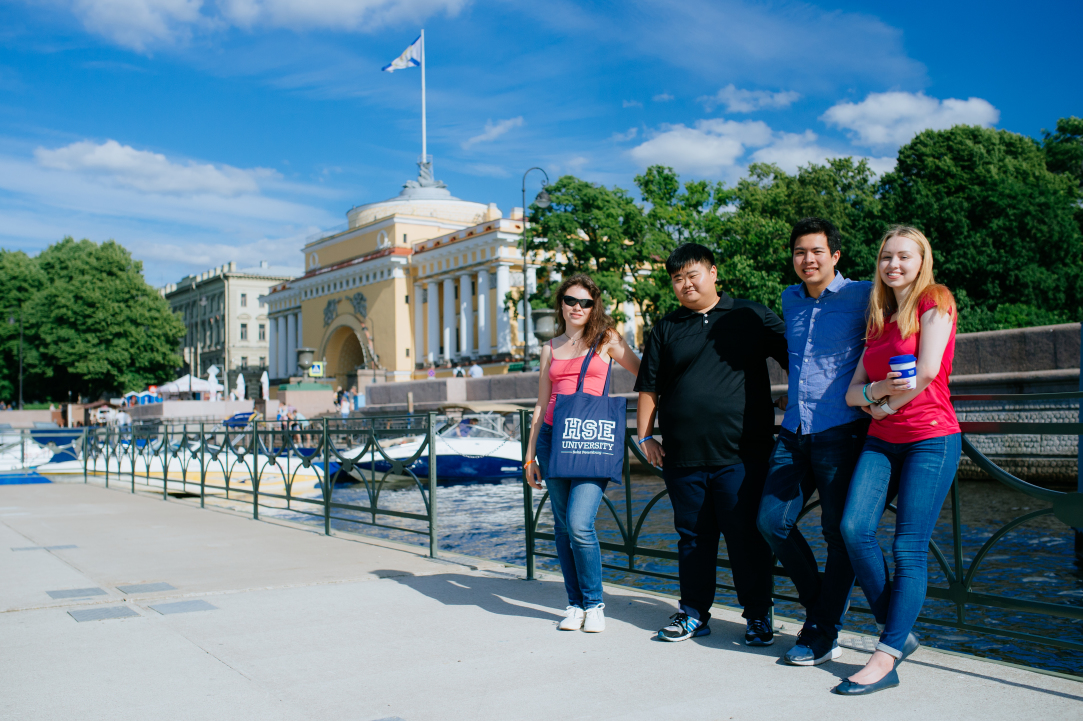 “Ivan Sergeevich Turgenev possessed the dominant qualities of every true Russian: natural kindness of heart, simplicity and resignation. With a remarkably powerful brain, he had the heart of a child” - Melchior de Vogüé

Half an hour after my arrival in Saint Petersburg in July, I already started breaking the stereotypes about Russia that had been in my mind for the past two years or even longer.

I “unbelievably” managed to pass the border control without being asked any tricky questions or to pass a $10 bill! In fact, the whole process of me entering Russia lasted for less than 3 minutes, much faster than that in O’Hare airport. It seemed so absurd then that I did seriously consider the idea of putting a $10 bill in my passport.

During my first month of stay in Russia, such things happened rapidly.

First week I was totally surprised by how ethnically and religiously diverse Russia is. Reading the figures on a textbook is simply so different from witnessing the diversity with your own eyes.

Second week I finally dared to take my first walk alone in the city after 12 a.m. and from then on frequently did so to appreciate the beauty of this gorgeous city.

Third week I started enjoying the sweet and genuine smile of Russians to their friends as well as their comfortable “poker faces” on the metro.

Three months later, when I still had not witnessed a single person drinking vodka, I finally persuaded myself that a lot of them actually do prefer beer or wine, at least in Saint Petersburg.

It was also very soon that I started enjoying talking with Russian people and trying to understand their world. While at first glance most Russians do not look that approachable ( and I would still not recommend to do American style small talk with most of them),  they are much more open to share their genuine experiences and sentiments than you would ever have expected.

It was my fourth day in Saint Petersburg and I was drinking Kvas while doing my readings in a small park. After observing me for a few minutes, a Babushka slowly said the following words to me. “Young man, do you know in the past we have much better Kvas being sold on the street? Unfortunately today they are rare to be seen.”

Then we just amazingly started talking about my short experience in Saint Petersburg until she got very curious with my readings-which was about  “The Siege of Leningrad”. She bursted into tears while reading it aloud and started sharing her distant memory of childhood as well as her sorrow of losing her motherland (USSR) with me. An hour later, she finally freed me after correcting my pronunciation on every single word of the course material and answering my questions about Russian Intelligentsia, which was part of my homework.

During the five months there, I couldn’t recall how many such conversations I had with the local people, from the charming waitress in a Uzbek cafe to an yandex.taxi driver who had fought in the Chechen war against his old classmates. Today when I am writing this article alone in the library of my college at 12 am, I really do miss their sincerity and kindness.

It is only when I am back to the U.S that I have realized one “weird” thing about these conversations was that the topic would always shift to the past at some point.

The second day I moved into my second host family (a former college professor in her sixties and her 32 years old son),  my host passionately showed me the portraits of her grandfather and father who had fought in the Great Patriotic War as a general and a colonel respectively.

The Azerbaijan driver sorely recalled his Armenian friends in Leningrad State University and how all the peoples of Caucasus used to peacefully live together and now politics has ruined everything.

The son of my host was so excited to try the milk I brought back from the Belarusian store and tasted it as if that was a glass of fine Georgian wine. “So good! Just like in my childhood.”

I consider this one of the most wonderful things to study abroad in Saint Petersburg.

What you have read about the city and its people’s past are not just some dry documents but living memories that many of its residents are still willing to share with you today. Because Russian people treasure memories so much, you might very often have class about a topic in the morning and then got even more intensively exposed to it in the afternoon, in the corners of the city or conversations with the locals.Nonetheless, this by no means implies that you would be living in 20th century while studying abroad in Saint Petersburg. 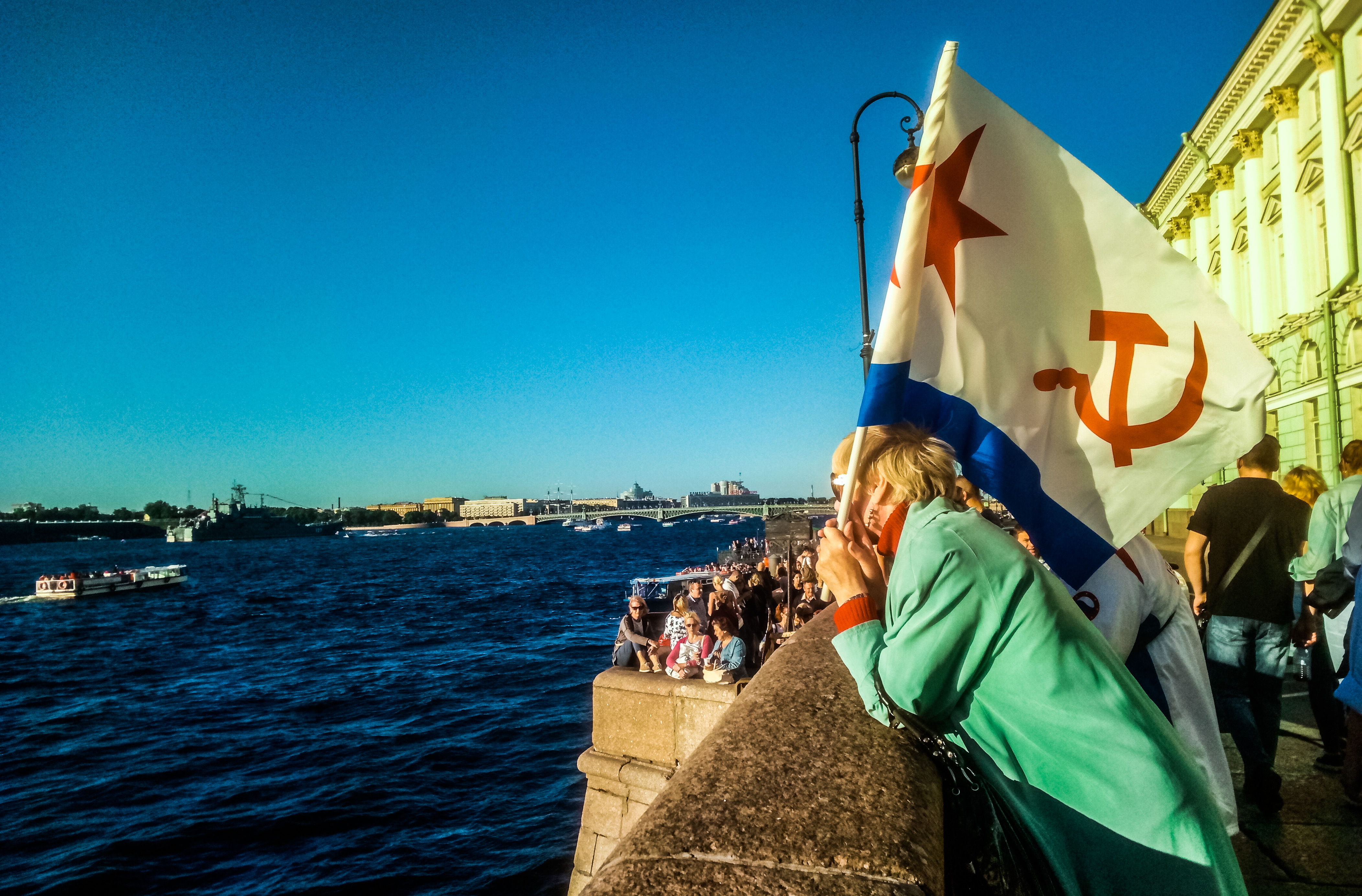 Mobile internet flourishes in Russia, especially in Moscow and Saint Petersburg. Very soon, you will find shopping on OZON might be even more convenient than on Amazon. Yandex.taxi will protect you from being ripped off because of your foreign accent or being late for class 24/7. "Delivery Club" and "Dostaevsky" will become your best friends while you are too lazy to get out of your apartment for food, without charging you a crazily high delivery fee. On a sunday morning, by making an order on Qclean on your phone, you can receive professional housekeeping service for your one-bedroom apartment at $20. Vk is definitely cooler than facebook and KudaGo will be your best local guide. Sberbank mobile pay is just as prevalent as cash. During my stay at Saint Petersburg, I found some of my fellow foreign students rarely using them. I definitely encourage you to expose yourself to all of these wonderful online services to enjoy the convenience of modern Russian urban living. Meanwhile, do keep in mind that while they might be so affordable and accessible to you, they are not for a great percentage of families living in this very city. So don’t take everything for granted or try to generalize life in Russia based on it.

Saint Petersburg is heaven for young people. As your HSE “buddies” would lead you to, thousands of fine restaurants, cafes, bakeries and bars exist in this city. Museums are particularly welcome to students, with their discounted prices or free admission. You will  discover some fascinating shooting clubs, showrooms, ballrooms and bookstores hidden in the corner of the city as well as urban legends through the help of your HSE “buddies”. They know how young people live in this city and will always be willing to lead you into their world. At the same time, I would say Saint Petersburg is a relatively small city with a comfortable size and population, which definitely makes it a favorable middle ground between Moscow and provincial cities. Therefore, if you are tired of American college town life and do not feel like living in a big city like New York, Saint Petersburg is the perfect choice for you.

Obvious there are still much more to be found out about this fascinating city by yourself but keep in mind that HSE program staffs and student buddies will always be there to help you in case that there is any trouble. It is so important that you have local people to rely on in a foreign country where you are not very familiar with, and HSE can assure you on that.

Another thing that I am really grateful for HSE University - St.Petersburg during my stay at Saint Petersburg is their careful selection of host families. At first, I have to admit that I was a bit daunted by the idea of living with a host family. I am already an adult and have been living alone for quite a long time. I was not sure whether I can really fit into a Russian family and could only imagine how many frictions there might be. However, HSE had really introduced me to the most understanding and caring host families in this city. Living in an apartment together with Russians is simply the easiest way to get to know them. I had learned so much about Russian life and history from them. Till today I still appreciate their openness and patience while trying to introduce their world to me. From the classic decorations of a Russian intelligent apartment to the distant memory of my host about her heroic grandfather and drinking with my host’s son and his friends, they have formed the brightest part of my memory in Saint Petersburg, which I will never forget about.

Meanwhile, my host family had also fed me extremely well! My second host family introduced me to almost all traditional Russian dishes (Solyanka, Shchi, cabbage roll, buckweed etc.), in addition to a variety of dishes from other cultures that had been absorbed into Russian cuisine, such as Uzbek Pilaf, Beef stroganoff and Georgian Kharcho. I was simply too privileged to enjoy all these and again I have to thank HSE for introducing me to them. 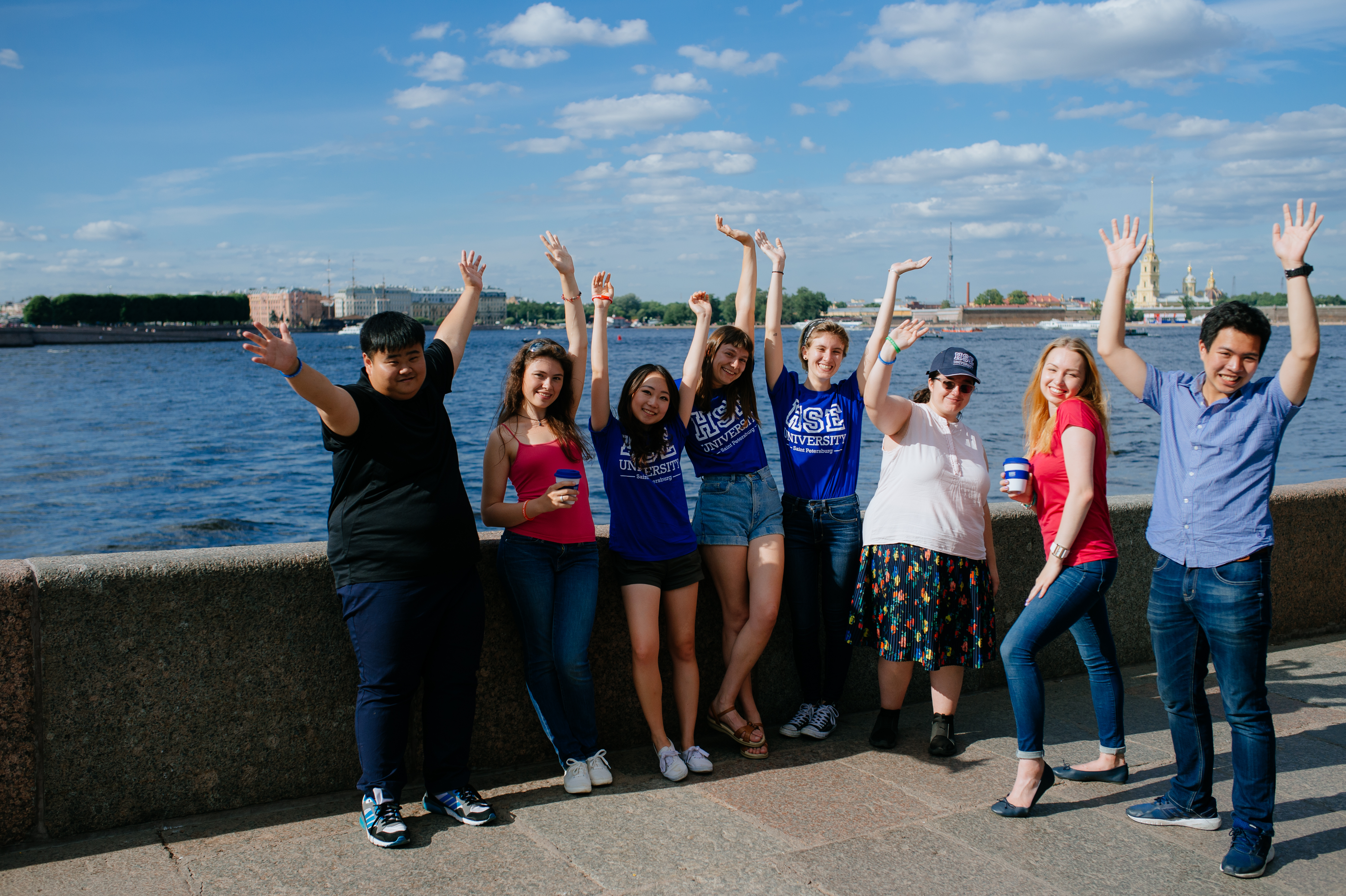