Charlie Song is a student who spent a semester at HSE University - St. Petersburg. The courses that he studied related to Russian, Eurasian and Post- Soviet Studies including history, culture, literature, arts, society and politics. Charlie has shared his impressions about Russian culture and his life in St.Petersburg. 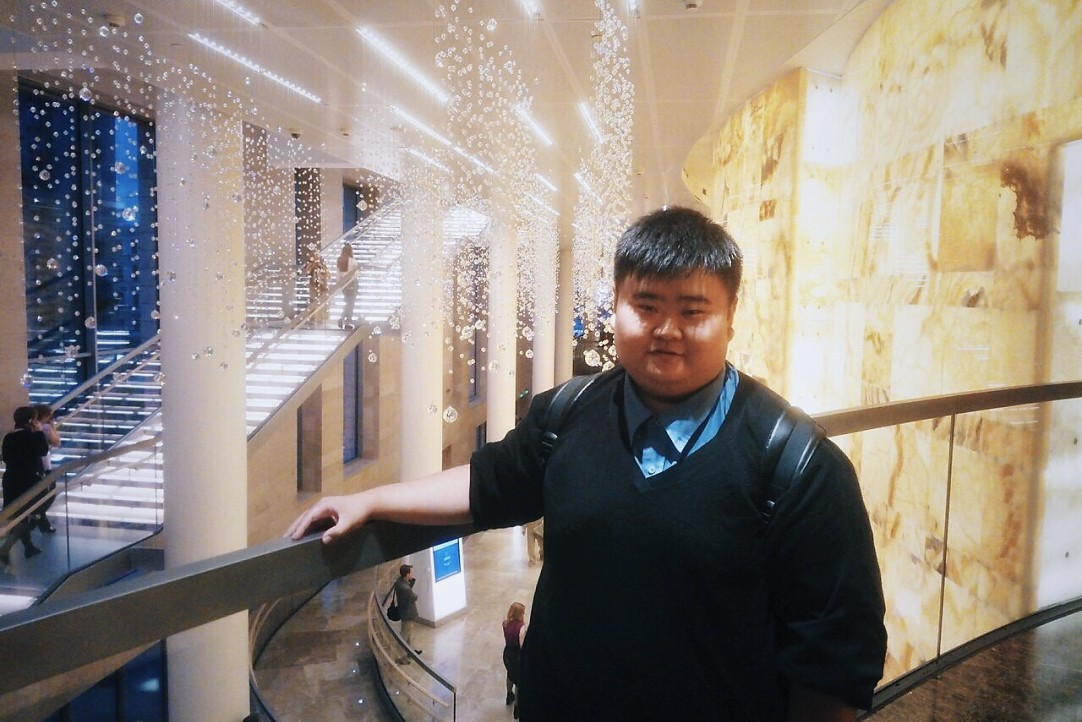 Till the day we meet again, Saint Petersburg, my spiritual home.

2017 was an amazing year for me. This past year I had been privileged enough to live my life in three drastically different yet equally interesting countries, China, the United States and Russia. Indeed, normally if you saw these three names together in an article, it would most likely be something about world politics, which is part of my studies. Today, however, I would rather like to talk about culture, about us human beings and my life-changing five months in Saint Petersburg with you.

All these would not have happened without HSE, Saint Petersburg and the Five College Initiatives. I cannot express my gratitude enough to them.

Accept the Complexity and be Russian

What are you looking for while studying abroad? This is a question that many college students including me would ask themselves today. Three years ago, When I first decided to start learning Russian, it was partly because of my obsession with the Soviet culture since childhood but more importantly my realizing that I have totally overlooked the part of the world between Western Europe and East Asia in my past life.

Growing up in China, as many of my peers do, I knew much more about France and the United States than about our neighbors - Russia or The Kyrgyz Republic. In fact, back then my perception of the region had primarily been political and I had little idea of how people there actually live or think. Therefore, my original goal was simply to see a bigger world through the language.

After two years of studies from lectures, books, conversations and media, however, my goal has been changed once again. As some of you have probably experienced while studying a different culture/society, at first it is always easy to generalize everything with a short and seemingly precise paragraph or even sentence but when you started looking deeper and deeper into it, contradictions and confusions would keep occuring. That was when I started realizing there has to be something missing.

While studying a culture/society, we too often are seeking a systematic answer to everything but rejecting the complexity of the subject we are studying; we more often perceive them through ourselves instead of themselves. Thus, the summer before I set off for Saint Petersburg, I decided what I really want from studying abroad is to understand and accept the complexity of our world and try to perceive Russia and Russians from their own perspective, to live a different life from what I ever had before.

If this is also what you are looking for in a study abroad programme in Russia, then HSE University - Saint Petersburg is the place for you. 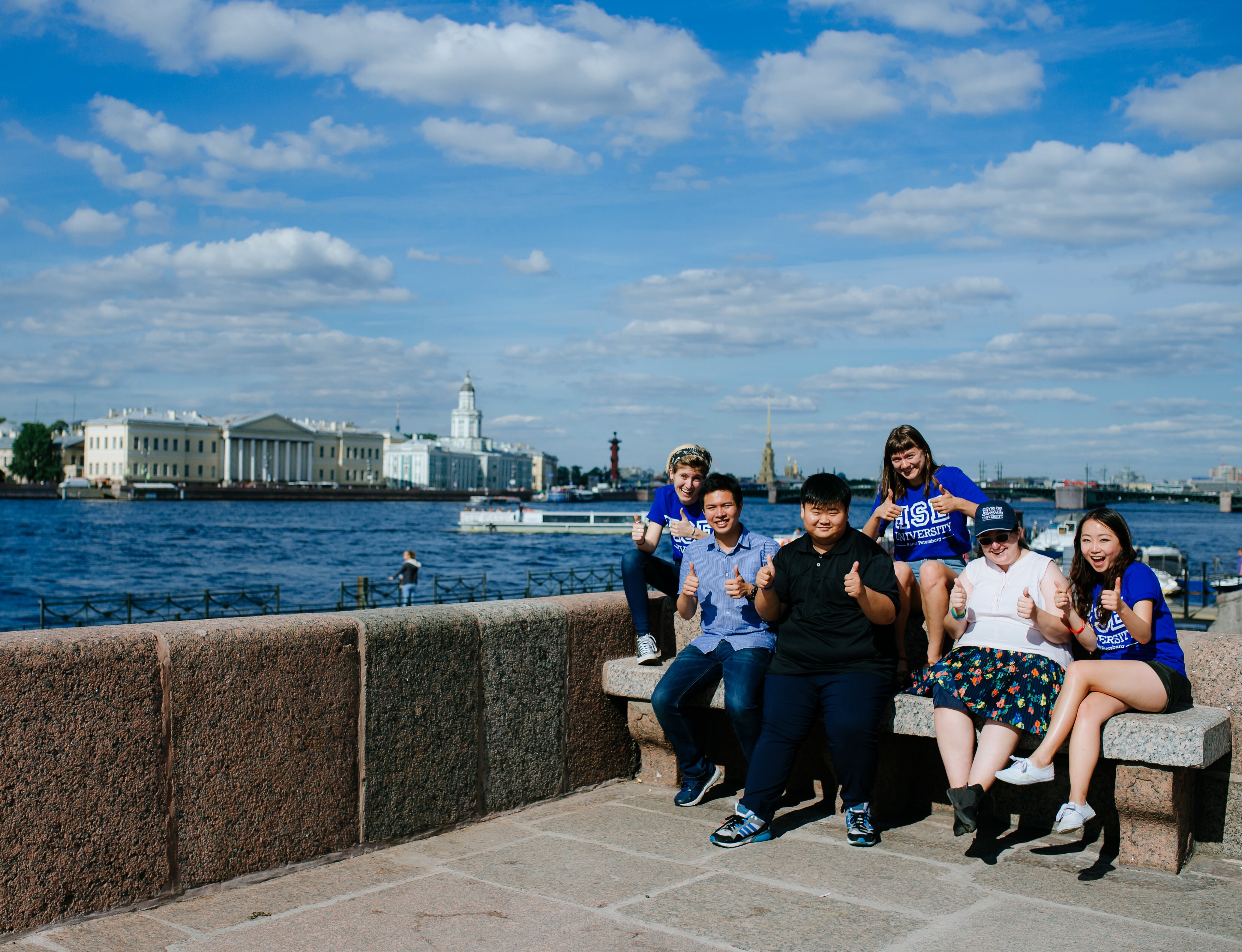 This is something that I totally didn’t expect before coming to Saint Petersburg. Normally if we speak of diversity, the United States would have been the first place popping up in your mind. After all, people of almost all ethnicities could be found there. Nevertheless, after spending two years in a U.S. college, I kept asking myself one question, 'Are most of them really able to represent the culture and history behind them? Are they more Chinese/Vietnamese/Filipino or American? Do they always live with their cultural identity or only on a particular holiday to show some "diversity"?'. This might not even be a "politically correct" question to ask as it is really each individual’s own choice that shall not be judged by anyone else. However, as a fact, such confusion with diversity does exist in the U.S and HSE University - Saint Petersburg had really changed my definition of it.

My programme manager told me at the very beginning of my stay that HSE University - Saint Petersburg is set to become an international hub of the HSE system. After spending five months there, I have to say that they have really done a perfect job of it. "Post-Communist Politics and Society" taught by Professor Dmitry Goncharov is by far the class with the highest diversity that I have ever taken in my life. I had roughly 25 classmates coming from 15 different countries and the most amazing thing was that they had all represented their identity so well, whether through their speeches in class or an intense political debate with mutual-respect in a bar. It is a true international and diverse environment when everyone is openly representing and sharing their own background instead of trying to become alike. Furthermore, HSE Saint Petersburg has been trying really hard to bring students from different background together to communicate beyond classroom too. Be ready to be invited for at least one such cross-cultural banquet during your stay. What is the difference between diversity at HSE and in the U.S. then? Well, I guess I will have to leave this question for you to answer after studying at HSE yourself.

Also, do not forget that the USSR (and Russia today too) itself was also a highly diverse country. Once you arrive in Saint Petersburg, you will constantly be exposed to the cultures and cuisines of other former Soviet Republics too. Get a Uzbek shawarma for snack, have dinner at an authentic Georgian restaurant (eg. Suliko), do grocery shopping at Продукты из Белоруссии (products from Belarus) for the best milk and bread and finally grab a bottle of Armenian Brandy to make you weekend. For me, this world of Former Soviet countries was so strange or even mystery yet also a true wonderland. I highly encourage you to travel around the Caucasus, Siberia and Central Asia during your ten-days mid-semester break at HSE. It was definitely another life-changing experience for me to wake up in an Armenian mountain village and wander between the ancient monasteries scattered in the valley.