Studying Economics as a Free-Mover

Lukas Geyer, a free-mover student from the University of Bayreuth in Germany, is currently studying in the Bachelor’s programme in Economics at HSE St. Petersburg. Lukas recently spoke to the HSE news service about his studies and connections to Russian culture. 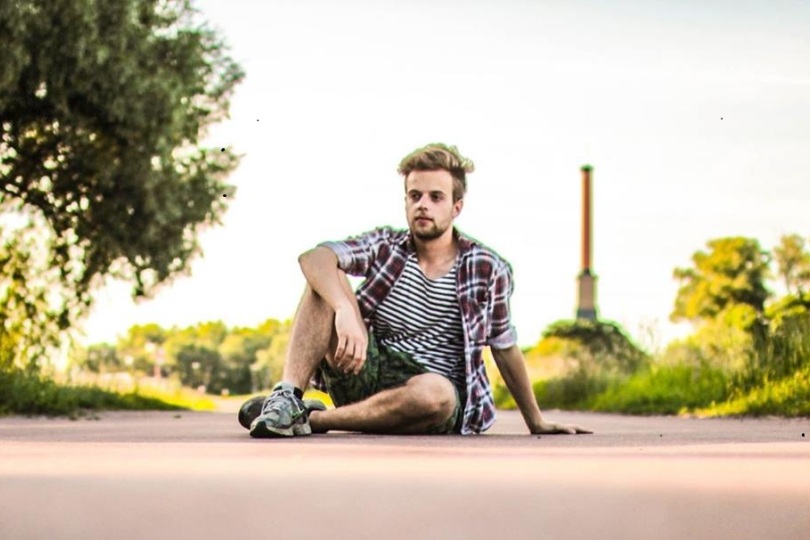 Lukas, you have been in St. Petersburg for a couple of weeks now. Why did you choose Russia? What was your first impression of St. Petersburg?

The city was much more beautiful than I expected! I was amazed by how beautiful it is and how nice the people really are.

Last year, I visited Russia – the city of Omsk in western Siberia. I chose Russia because I really like Russian language and culture. About three years ago I also spent twelve months in Kyrgyzstan. The people in the capital city of Bishkek also speak Russian, so this is how I came into contact with the Russian language, which I just fell in love with.

Now you’re studying at HSE. How did you hear about our organization?

I read an article about HSE in a German newspaper. The article reported that the university, its International Office and Department of Economics are well organized, so I decided to apply to study here.

Have you ever worked or volunteered internationally?

Three years ago I really wanted to go abroad, so I applied to a programme called ‘Social Year’. They offered me a place asking, ‘Could you imagine yourself living for a year in Kyrgyzstan?’ This is how I ended up in Central Asia. In Kyrgyzstan I worked as a volunteer in an orphanage where my task was to take care of children.

How has this experience affected you?

It has affected me a lot. That was the time when I got enthusiastic about Russian language and culture.

Living in Germany I had never thought about Russia, Eastern Europe or Central Asia, but when I got here, my interest in the former Soviet Union increased. At first I was influenced by several stereotypes, but my picture of these countries changed a lot when I got to know local people.

What are you planning to do in the future?

I want to learn Russian, and I hope that after three months I’ll be able to speak it fluently. Then I want to finish my studies in Germany. I am interested in the fields of international relations and economic development of countries. In the future I can see myself working in Russia; at least it’s worth a try!

Do you think that studying at HSE will boost your career prospects?

Yes. In Germany I am studying economics, and the Department of Economics in HSE is well developed. The combination of HSE and Russia is quite rare. Not every European comes to Russia to study economics. This helps me to stand out from others and will look good on my resume!

Would you give any advice for international students who are planning to study at HSE St. Petersburg?

Use the opportunity! Get to know Russian students and try to get inside Russian culture. And, of course, enjoy the Russian lifestyle!