A group of 14 undergraduate and postgraduate students from the Department of History at HSE St. Petersburg took part in a joint research and educational seminar with Humboldt University in Berlin and Bielefeld. The seminar, which was devoted to the culture of historical memory of World War II and Political Regimes of the 20th century, was led by Alexander Semyonov, Head of the Department of History, Dietmar Wulff, Associate Professor at the Department and the German Academic Exchange Service (DAAD) and Kerstin Bischl of the Humboldt University Chair for the History of Eastern Europe. The trip was made possible thanks to a grant from the German Academic Exchange Service. 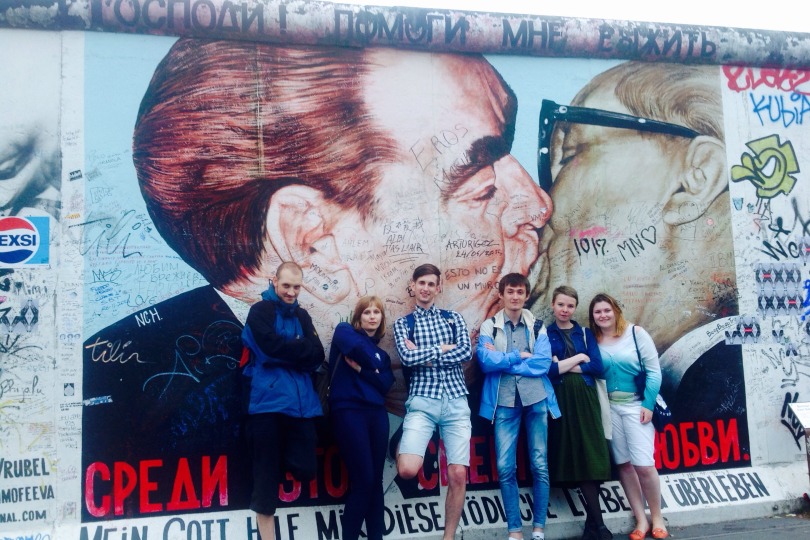 From July 6-12, history students from HSE St. Petersburg and 15 Master’s students from Humboldt University took part in a series of seminars and discussions focused on the politics of history and memory of World War II in Germany and Russia, controversies and intersections between public, family and private memories of the war, diversity in commemoration practices and blurred borders between history and memory.

The practically informal discussions between Russian and German students encouraged cultural exchanges among all participants and made it possible to compare different national and personal cultures of memory, define different ways of narrating and commemorating the past and articulating controversies. For instance, while in the official Soviet and Russian context the predominance of rhetoric about heroism and victory tends to ignore the complexity of the Stalinist regime, in Germany the issue of victimization collides with the necessity to create a narrative about Wehrmacht soldiers during the war.

Theoretical discussions in the classrooms were combined with various fieldtrips to memorial sites in Berlin that embody particular models of memory and its contemporary interpretations. Seminar participants visited several museums and memorials dedicated to the war and to the victims of the Nazi regime, such as the German-Russian Museum Berlin-Karlshorst, the former Sachsenhausen concentration camp and the Holocaust Memorial. The fieldtrips were followed by a survey of contemporary discussions in German society about those monuments, museums and memorial sites.

The urban context of Berlin also played a significant role for the research seminar as it allowed symbolic or material continuities to be traced between different periods of history of the city itself in order to explore the role of memorials in contemporary everyday practices.

After several days in Berlin, the group of students and professors from HSE St. Petersburg arrived in Bielefeld where they took part in several presentations and discussions at the Department of History of the University of Bielefeld. They also visited a former camp for Soviet prisoners of World War II where the Stukenbrock Museum is currently situated.

The second part of the seminar begins on July 21 when the group of 15 students from Humboldt University will arrive in St. Petersburg.