ECOSUD 2015, the 10th International Conference on Ecosystems and Sustainable Development, has taken place in Valencia. HSE St Petersburg was represented by Tatyana Grishchenko, Assistant Professor at the St Petersburg School of Economics and Management and academic supervisor of its management programme. 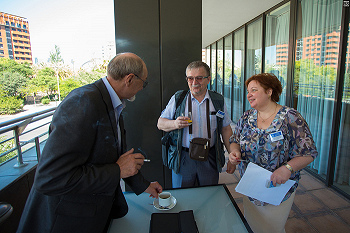 The conference was conducted jointly with the Polytechnic University of Valencia (Spain) and the Wessex Institute of Technology (Great Britain). Its honorary chairman was Prof. Francisco Jose Mora Mas, Rector of the Polytechnic University of Valencia, and its chairman was Prof. Carlos A Brebbia, Director of the Wessex Institute of Technology. The themes of the 2015 conference were modelling ecosystems, sustainable development and planning, energy and the environment, and innovations in ecosystem management.

The central concept was the integration of thermodynamics, ecology and economics into a new discipline, ‘ecodynamics’. The conference’s objectives pertained to its development and represent the continuation and development of the ideas of Ilya Prigogine, a Belgian physicist of Russian descent and the Nobel Prize winner in Chemistry for 1977.

Prigogine’s statement that ‘At all levels we observe events associated with the emergence of innovation that we can in turn bring together with the creative power of Nature’ served as the leitmotif of the 10th International Conference on Ecosystems and Sustainable Development. Particular attention was paid to areas which benefit from the application of scientific means of sustainable development, including the preservation of natural systems across the world.

Applications and papers were reviewed in two stages. Less than half of the papers reviewed were accepted, and published in the WIT Transactions on Ecology and the Environment journal. They came from an impressive range of countries, with studies sent in by scientists from North America (USA, Canada, Mexico) and South America (Brazil, Argentina), Africa (Republic of South Africa), Europe (Britain, Italy, Spain, Portugal etc.), Asia (Iraq, Malaysia, South Korea, China, Japan, Thailand,) and Australia. 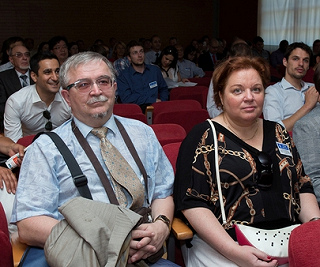 Tatyana Grishchenko, Assistant Professor of the St Petersburg School of Economics and Management, presented a paper titled ‘New technology for the recycling of aromatic amine waste products and salts of heavy metals into a multi-purpose non-toxic product’. Economic considerations mean that storing waste products is the most profitable means of dealing with them within the Russian Federation. The aggregate scale of waste storage is comparable to the territory of a European state such as the Netherlands. This clashes with global ecological trends. For example, in Sweden, where storing waste is the most expensive option, approximately 98% is recycled. Furthermore, this is a profitable business. The technology presented, confirmed to be innovative by Russian patents, relates to the use of waste from the chemical and metallurgical industries to produce new useful materials. It is suggested that, rather than incinerating or storing this waste, it should be used to synthesize multipurpose non-toxic amino-acid compounds, which would have a profound ecological impact. 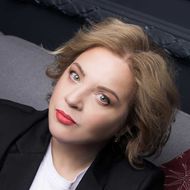