Professor Delcour presented results of her research on the topic 'The EU and its “eastern neighbourhood”: multiple external influences, policy transfer and domestic change'. 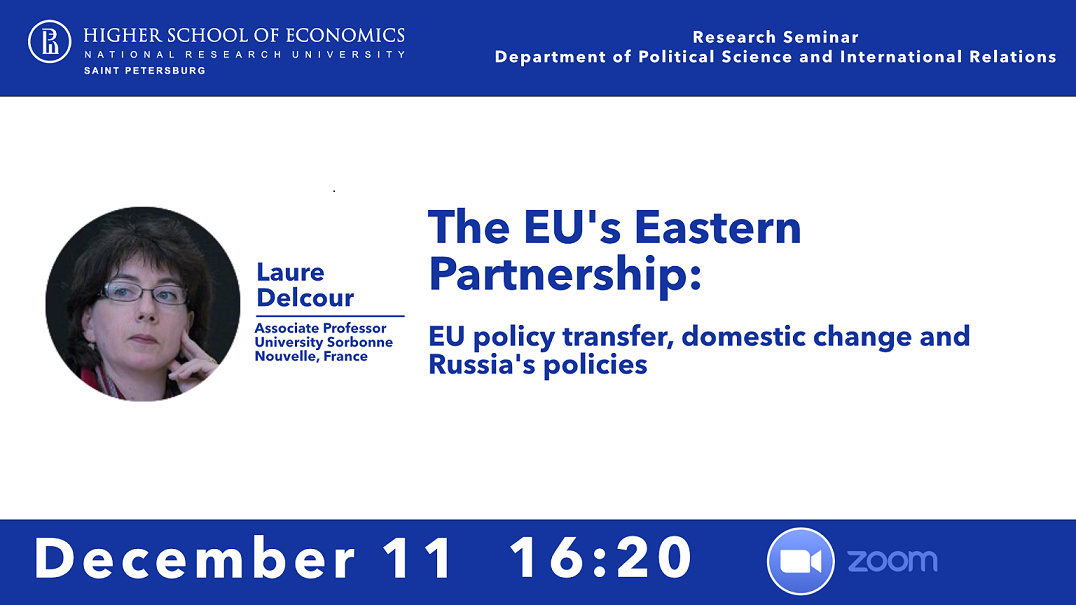 On December 11, 2020, the joint Research Seminar of the Department of Political Science and International Relations, the Centre for Comparative Governance Studies and the MA Programme 'Comparative Politics of Eurasia' hosted Professor Laure Delcour (Institute for European Studies,University Sorbonne Nouvelle, Paris, France). Professor Delcour presented results of her research on the topic 'The EU and its 'eastern neighbourhood': multiple external influences, policy transfer and domestic change'.