The report by Professor Evgeniy Anisimov, Academic Director of the Faculty of History, was introduced to the audience on the September 11th, 2012, as the part of the academic seminar "The Boundaries of History" of The Faculty of History of Higher School of Economics in St. Petersburg and the Center for Historical Research. 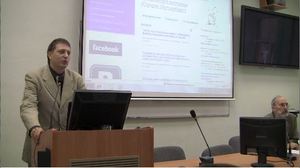 Alexander Semyonov, Dean of the Faculty of History, was a moderator of the workshop and after-seminar discussion.

This meeting was dedicated to the topic of Emotions at The Great Patriotic War of 1812. What is usually said in the context of the war discussions? Words about the battles and retreats, the victories and defeats, the peace treaties, but the feelings of ordinary people often remain forgotten. What did the participants of that events feel about what was happening to their lives and the country? Did they respect their command? And what did they think of Napoleon?

In Russia in the beginning of the 19th century, Napoleon was an idol for many people (including the Emperor Alexander I). Even Denis Davydov, the leader of the partisan movement, admired his achievements, no less than the young Andrei Bolkonsky. French leader was not just respected, people were literally carried away by his exploits. Curiously, Russian officers of that time had not so much difference in their appearance with the French: they were talking to each other in the pure French (the famous 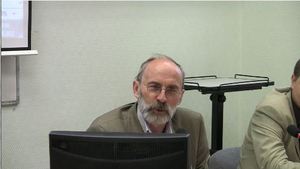 council at Fili was held in the same language), by 1810 all of them were dressed in French uniforms, even their daily life was very similar, they read the same books, etc. It is clear that in such circumstances self-identification could bring some moral problems that were imposed on the feelings caused by the soldiers forced to retreat (retreat meant inability to fulfill their duty) and anticipation of imminent defeat in the final battle.

The Battle of Borodino faced not just the two armies, but the two civilizations, two worlds. Evgenii Anisimov compares attitudes of opponents before the battle. The French were preparing for the battle like for a holiday: they were willing to do their feats. After all, the battle can immortalize the hero. Everyone was ordered to be as if at the parade: with medals on their chests. However, in the Russian camp the soldiers were preparing to sacrifice themselves. According to Nikolai Golitsyn, "all along the line the icon of Our Lady was permanently being carried," many were aware that they were going to die, no one was hoping to win.

During the after-seminar discussion Professor Anisimov was asked about the uniqueness of the War of 1812 and its differences from other wars in terms of history of emotions. Evgenii answered that during The Great Patriotic War the issues of dignity and honor came distinctively first. The conversation also touched upon the amazing insight and accuracy of "War and Peace" of Tolstoy in the transfer of feelings and meanings of the time. Episode in which Dolokhov communicates with French soldiers like with old friends just before the bloody battle helps to express the idea that the war was both individually and mass. 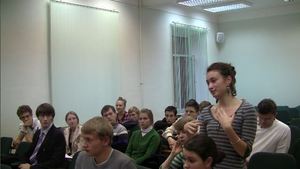 Alexander Semyonov, commenting on the report, spoke about the methodological problems of the history of emotions that come out at the intersection of history and memory. Referring to the "sore points" in commemoration of the Great Patriotic War - the abandonment of Moscow to the enemy - Semyonov called up to get rid of the "historical amnesia" and try to imagine the situation in the logic of the political thought of Alexander I and his time, for which the first priority was to save the Empire and its capital, and not the defense "heart of Russia ", as perceived by Moscow in the historical memory of the war.

Evgenii Anisimov also told the auditory a few words about  his new book "General Bagration. Life and war", which could fully complete the subject of the report.