From 14 to 16 October St. Petersburg campus of Higher School of Economics hosted an International Student Forum "Visions of a Wider Europe", organized by the School of Applied Political Studies HSE - St. Petersburg, The Yeltsin Foundation and the International NGO "Dialog-Europe-Russia" (Austria). 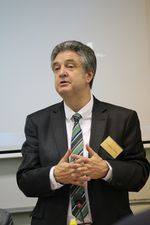 Students from University of Warsaw and University of Vienna emphasized the need for the exchange of knowledge and best practices between Russia and other states in the framework of various international organizations. It means that the integration should take place not only on the level of top managers and politicians but also on the level of P2P. 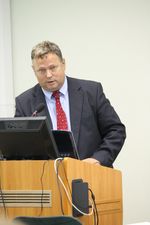 The Forum has attracted prominent guests and experts, the opening speech was made by Dr. Wolfgang Schüssel, the former Austrian Chancellor. Opening remarks made Mr Yevgeny Volk, Deputy Head of the Yeltsin Foundation, Prof. Sergey Kadochnikov, Director of St. Petersburg Campus of Higher School of Economics, and Prof. Alexander Sungurov, Head of the School of Applied Political Science. Mr. Robert Ley, Director of Finance and Entrepreneurship of the OECD Secretariat and the coordinator of the process of Russia's accession to the OECD delivered a presentation about the current state of the process, Mr. Maxim Medvedkov, Head of the Department of Trade Negotiations of Ministry of Economic Development of Russian Federation presented the experience of Russian during the negotiations between Moscow and WTO, focusing on ups and downs during 20 years of negotiations that were successfully ended in 2012.

As an end of the first working day, the participants of the Forum were invited to the Consulate General of Lithuania in St.Petersburg to know more about the country’s presidency of the Council of the European Union. In the welcome speech Minister Counselor, Mr.  Kęstutis Stankevicius presented the program and the priorities of Lithuania’s presidency and discussed the challenges that Vilnius has been facing during this time. 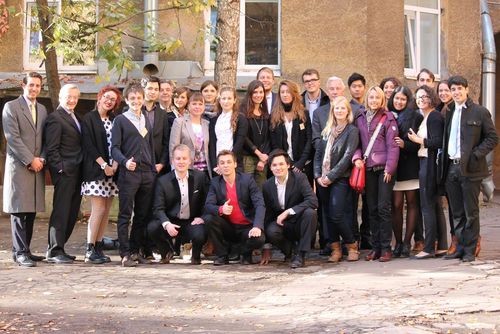