In June 2018, HSE University celebrated the improvement in several international and national ratings. The improvements resulted from continuing implementation of HSE Development Program that aimed to establish HSE as a leading world-class scientific and educational, analytical and consulting centre.

QS ©
During the last five years, the implementation of HSE Development Programme has brought the achievements in all spheres. In Education, HSE University cultivated a pool of degree programmes taught in English. The share of international students has more than doubled even though HSE’s requirements for entry have been raised. We introduced a ‘Major-Minor’ model to promote the acquisition of both core and additional multidisciplinary competencies. We raised the share of research and project-based component of degree programmes up to 20%. HSE University became an active member of the global online education network, and its brand has garnered very strong global visibility.

HSE University has been intensively working on the quality of fundamental and applied research. HSE has identified and established priority areas of research in order to ensure its robust competitive status on the global market. The university has established a number of international laboratories.

To meet the international-level requirements for teaching and research HSE has introduced a system of stimulus and promotion of faculties at the international level and launched the system of international recruitment. As a result, the share of academic staff who have published papers in journals indexed in the Web of Science and Scopus databases has increased from 30 to 60%. In addition, the proportion of faculty who can deliver courses in English has increased from 25 to 70%.

Continuous efforts to further improvement of HSE’s quality and international reputation have resulted in the attaining of a solid position in key global academic rankings. June 2018 has brought us to the new peaks with the update of a number of international and national rankings.

HSE University has been placed 343 in QS World University Ranking. We climbed almost 40 positions from the previous year. The highest growth was demonstrated by the indicators "academic reputation" (growth by 79 positions), "employers' assessment of university graduates" (growth by 68 positions).

Significant improvements in general performance have been reflected in a number of related rankings. HSE University approached the top in young universities rankings. In recent QS Top 50 under 50 Ranking HSE University has been placed 38, which is 10 places higher than a year ago.  In THE Young Universities Ranking 2018 HSE climbed from 96 to 84 positions. Both rankings, QS and THE, take into account traditional indicators for the global rankings like the international student score, international staff score, international co-authorship score and international reputation metrics and include only universities established less than 50 years ago.

Internationalization as an important component of HSE Development Programme has brought its own victories apart of its partial impact on the overall performance. This year HSE University has been placed 162 in the newly created THE Most International Universities ranking.

Improvements of HSE on the global university arena are supported on the national level. One of the most influential national universities ranking by RAEX placed HSE University 5th best university in the country, while in the ranking by graduate employability HSE took 3rd place in Russia. The RAEX ranking is based on 45 indicators and survey results among 30,000 respondents: academics, students, alumni, and employers.
We are highly inspired by this success and looking forward for further progress, which is, of course, will be done together with our international partners.
Date
26 June  2018
Author 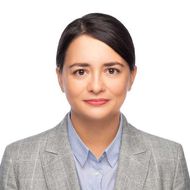