Complex Networks at the School of Economics and Management

This spring, a group of academics and students of the School of Economics and Management at HSE St. Petersburg, headed by Professor Vladimir Matveenko, received a grant from the Russian Foundation for Basic Research (RFBR). The outcome of their effort: scientific reports prepared by Economics students in the fourth year Maxim Bakhtin and in the third year Yulia Skoblova were selected to participate in the Second International Workshop "Networks, Complexity, and Economic Development" conducted by the Hungarian Academy of Sciences. In a month, Maxim and Yulia will visit Budapest to present their work.

It all began with project and course work – the usual tasks that all students of the Higher School of Economics have to face on their path to academic success. Three students, Anastasia Alfimova, Maxim Bakhtin and Yulia Skoblova, not especially familiar with each other at the time, were conducting their studies under the direction of Vladimir Matveenko, Professor from the Economics Department. The next step - also not uncommon for the ordinary HSE student - involved their course papers being turned into scientific publications that were entered into the database of the Russian Scientific Citation Index (RINC). The third step however was less common: students together with Professor Matveenko and Associate Professor Alexei Korolev applied to the Russian Foundation for Basic Research (RFBR) for a joint project "Analysis of Agent Interaction in the Network in the Presence of Externalities." Months and months of waiting for the decision of the Foundation followed. Finally, the verdict came: the application won the open all-Russian competition and was awarded a grant. Serious work was about to begin.

"The analysis of networks attracted us with its novelty and interdisciplinary focus. The studies that we are carrying out on the RFBR project fall into several scientific fields: mathematics (graph theory, game theory, dynamic systems), economics and sociology. Similar to our questions are also explored by physicists, biologists and computer scientists. Accordingly, we are in contact with many interesting researchers from different fields of knowledge. In addition to the reports of Maxim and Julia for the workshop in Budapest, our group will further present our work at the Russian-Finnish Symposium on Discrete Mathematics at the University of Turku, at the All-Russian Conference on Differential Equations and Optimal Control at the Perm National Research Polytechnic University and at the congress on social networks "The Solar Belt" in Beijing. There are many other trips planned for this summer, including to Canada, Italy and Novosibirsk.

At HSE, academics have the opportunity to combine scientific creativity with classes with undergraduate students. The RFBR grant provides an excellent opportunity to include our students in the global research environment. 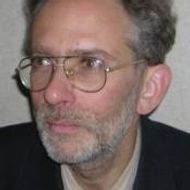 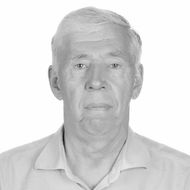