A group of 20 undergraduates from the United States visited “the Venice of the North” this January, taking part in a programme that blended the history, society and culture of the Russian Empire’s capital. Participants arrived from Mount Holyoke College and Smith College, opting to spend two weeks of their winter holidays here (6 – 22 January) learning about this city. Participants were diverse in their fields of studies, Russian knowledge, and travel experience, some even choosing this trip as their first chance to travel outside the borders of the United States. 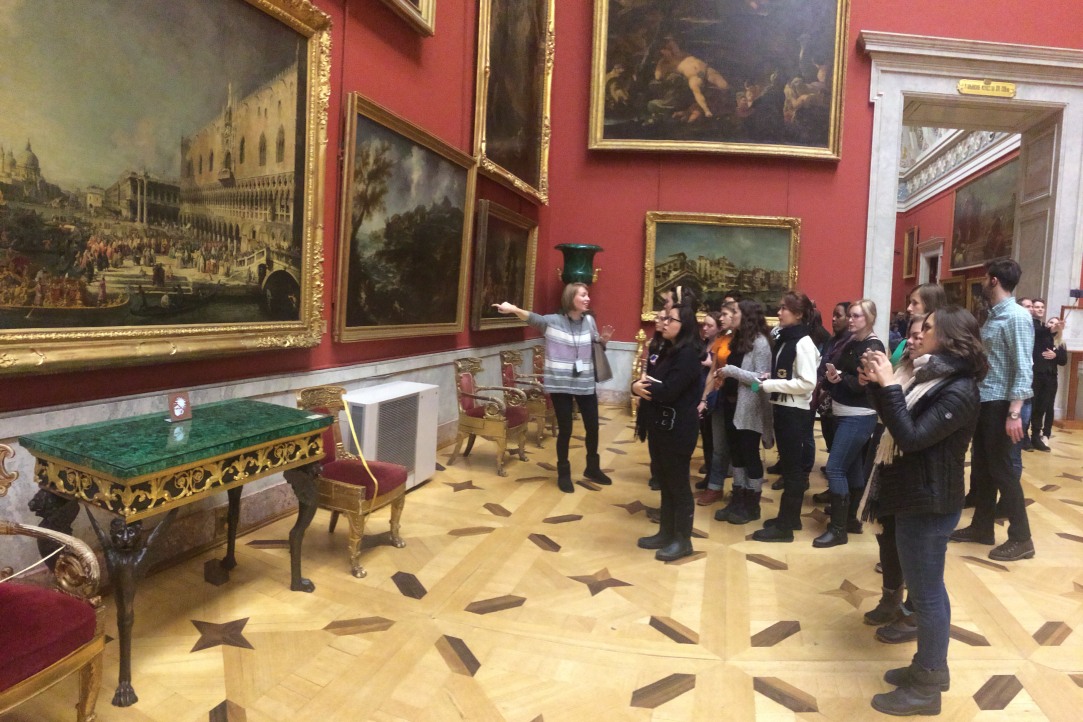 Students shared different reasons for embarking on the programme. Elizabeth Nolasco said, “I thought this was an interesting opportunity. You’re going to go to St. Petersburg and study history where the capital of the empire was.” Literature had played a key role in sparking Caroline Dunbar’s interest in the country and its heritage years earlier. Having read the works of Dostoevsky and Akhmatova, she jumped at the chance to visit the city where they had lived and worked. Samantha Linder wished to rediscover the country of her ancestors, as well as to experience the wealth of Russian art in the city first hand.  Daisy Paez was inspired to come here because of a strong female figure in Russian history, telling us, “The first thought that came to me was Catherine, and right away I just knew I wanted to come to Russia and study her, especially. I had never been to Russia, or even out of the US, so two weeks outside of the country was just ideal for me.” 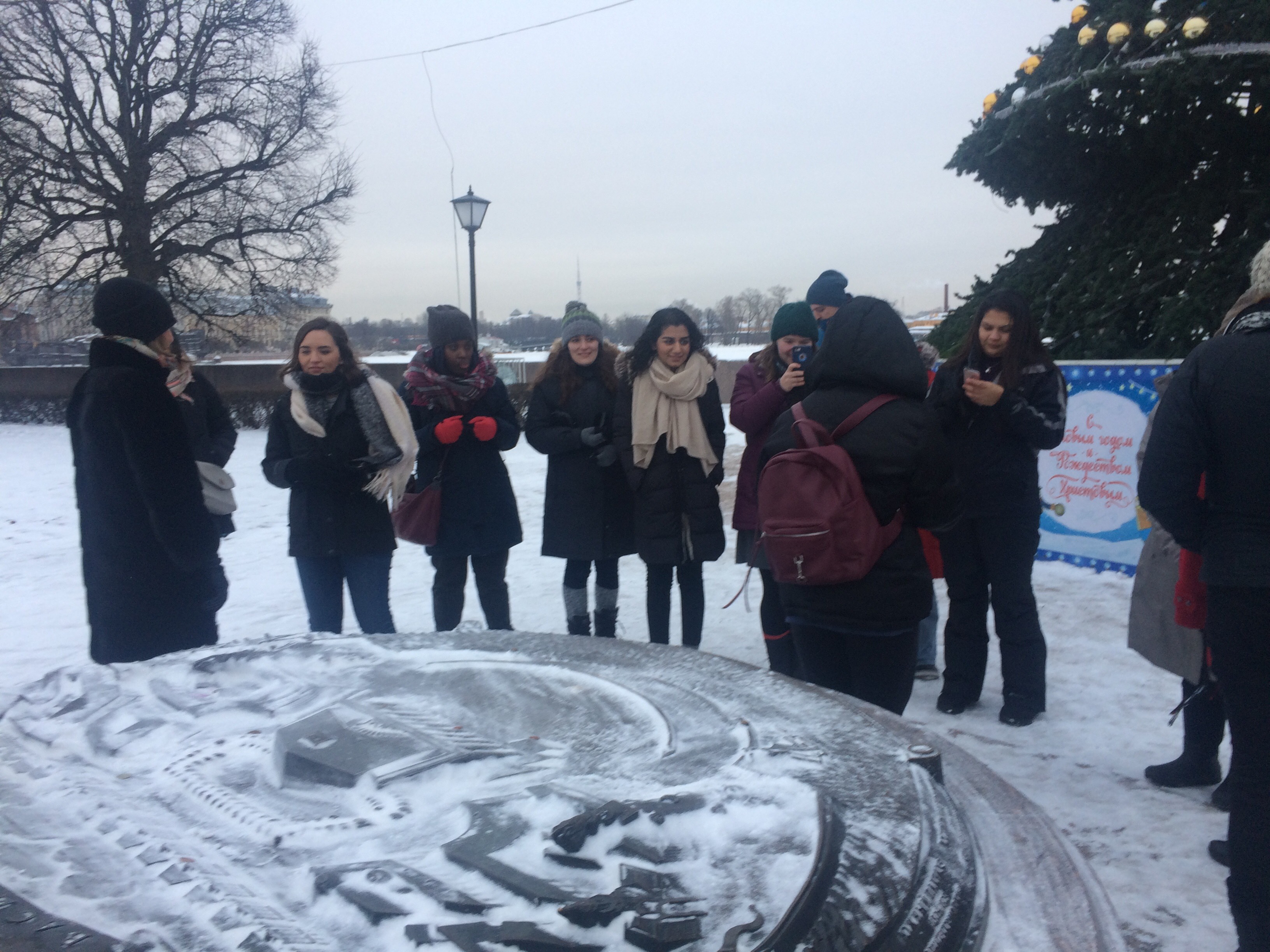 After even a short time in Russia, participants agreed that the trip had been transformative. Ms. Nolasco talked about how the reality compared with longstanding assumptions about the people, saying, “Any time I focus more on the people and the stereotypes that we heard – they’re unfriendly and they don’t smile – but I’ve met so many amazing people here.”

Some of the people Ms. Nolasco was referring to included HSE staff and faculty who had put together this programme with the specific aim of introducing the rich history of this city and country, the evolution of its society, art forms and politics in a compelling way. Their success in this was obvious from the praise participants placed upon the enthusiasm of the professors and their ability to bring long-dead czars and artists to life in their lectures. But the praise of HSE did not stop with administrators and lecturers. Participants of the programme were very grateful to meet their Russian peers, students at HSE, through the Buddy System. After long days of lectures, tours, and activities, the participants were able to explore modern Russia and see it through the eyes of their “buddies”. 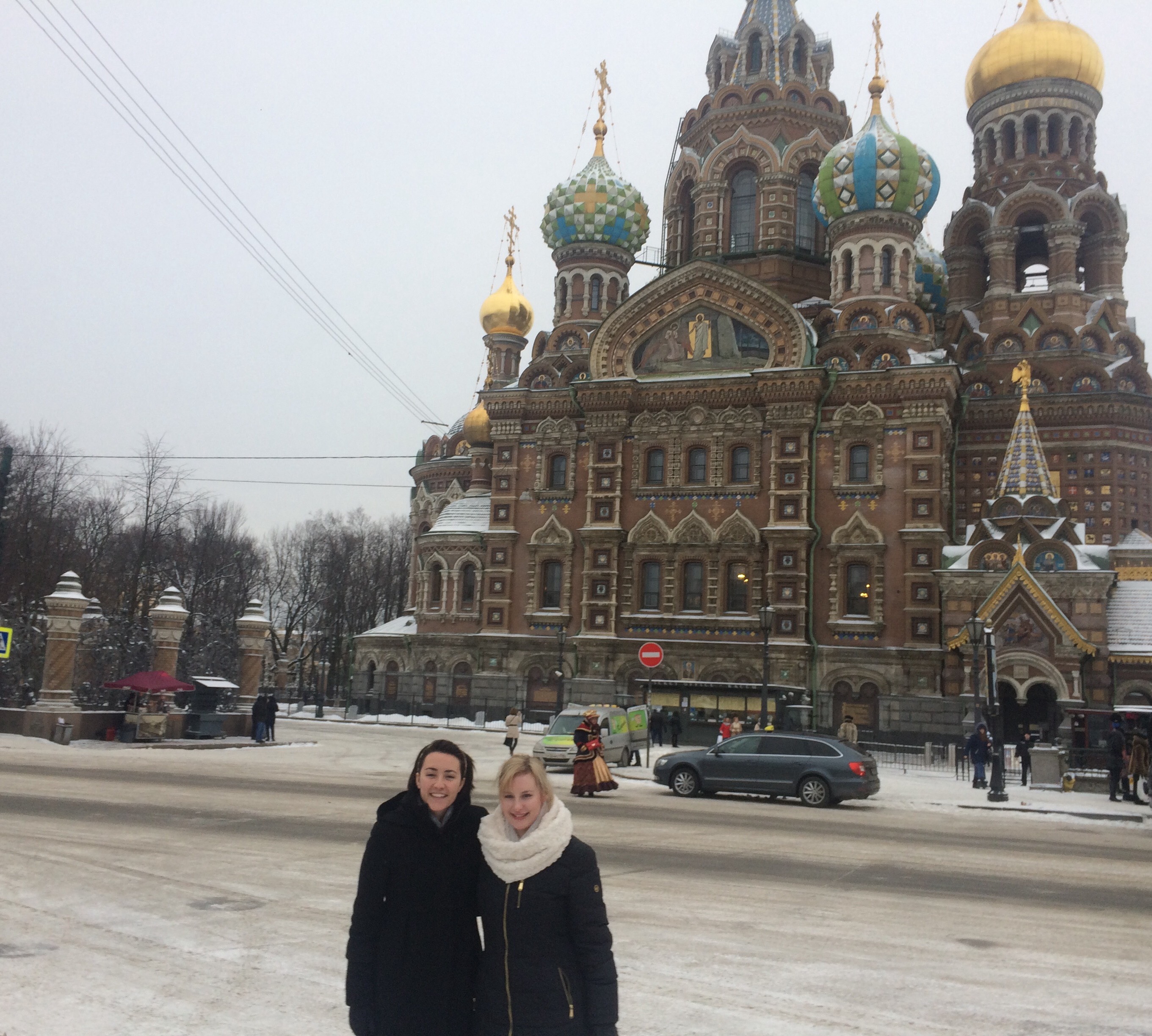 Participants took excursions to the city’s key points of interest, as well as did a large amount of sightseeing on their own, but they agreed that in all cases the material they had covered in their lectures complemented these tours nicely. Ms. Dunbar shared her thoughts on the programme, saying, “It’s all been rewarding. My friends and I have done a lot of sightseeing on our own. We’ve gone to the museums for Pushkin, Dostoevsky, and Akhmatova, and there were things we had learned in class that were helpful in those museums. Like in our History class, we had talked about political thought in the 19th century, and those political thought movements always come up in the background of Tolstoy and Dostoevsky novels. So, it was great to learn about them from a historian.”

Ms. Paez summed up the overall impressions the participants shared about the city quite nicely, stating, “After coming here, I am very happy that I came here and very appreciative. It’s a beautiful city, and people like to say that it is a European city. And when I compare it to places like Paris or Rome, I think it is even more charming and romantic, because there is an honesty to St. Petersburg.” Two weeks here in St. Petersburg, experiencing the culture, braving the Russian winter, and beginning to scratch the surface of the rich culture heritage the city has to offer has left a lasting impression on each of the students, with many looking forward to the next chance to return.