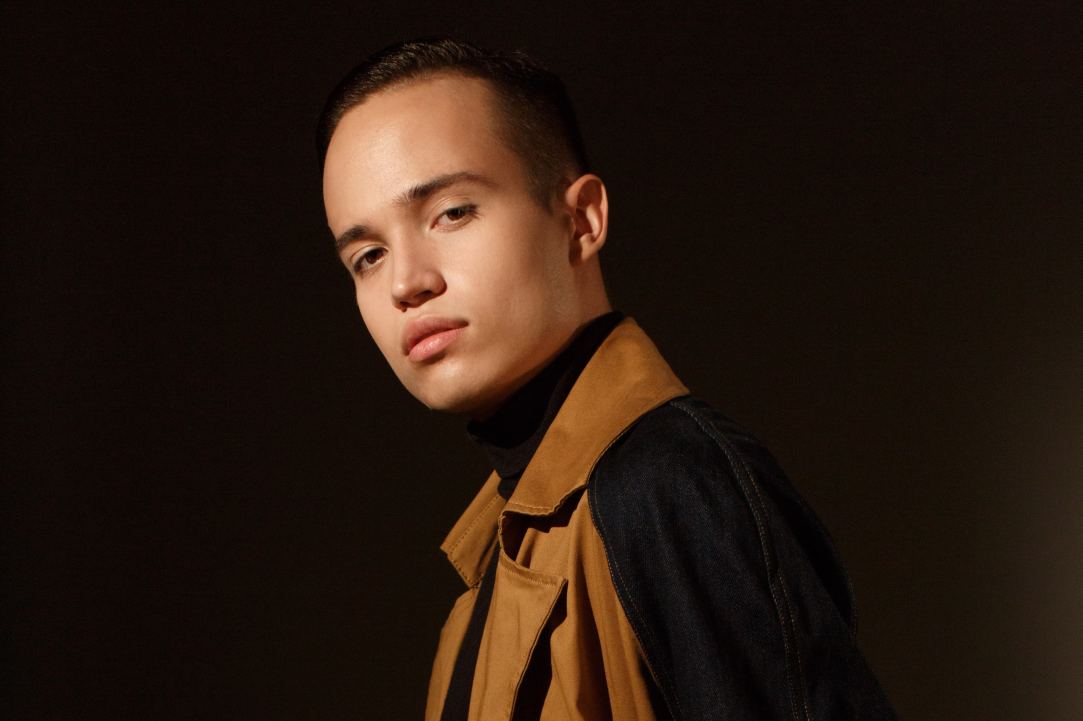 Timur Suleymanov, a second-year political science student, became a member of  “Neverland” Theater Club only last year, after enrolling to Higher School of Economics in Saint-Petersburg. This year, he has already become its head. Timur spoke to Alyona Ivanova, the journalist of “HSE Illuminated”, on how it can be possible and what the Club is engaged into.

HI: What was the starting point of your interest in a career of an actor? Why did you begin to like theater?

T: To be honest, my passion for the theater has already started when I studied at school. My school teacher liked to bring my classmates and me to watch different kinds of theater performances in the State Drama Theater in Ufa, e.g., the place where I lived. We visited this place quite often and I obtained a habit of going to theaters as often as it could be possible, spent my free time there and became interested in acting. I also got some skills in comparing how director’s work in performances and play of actors may differ.

As for practical applicability of my passion for theater, it has started when I entered the theater club at my school when I was in the 9th grade. Since that time, I had been playing in theater performances and was participating in different competitions in my hometown.

HI: Why have you chosen “Neverland” Theater Club as your non-academic activity among many other clubs of Higher School of Economics in Saint-Petersburg?

T: When I only entered Higher School of Economics, I already knew that I wanted to be a member of a theater club at this university. The starting point of my meeting with theater clubs of HSE was on the Day of HSE SPb (Den’ Piterskoy Vyshki) in the beginning of September last year. During the event I found out that there were two theater clubs in HSE SPb. I can clearly remember an interesting quest by “Neverland”, which was based on one of my favorite Russian novels, called “Master and Margarita” by M. Bulgakov. I participated in it and clearly understood how members of this particular theater club were interested in what they were doing and then I realized that I must join “Neverland”! Unfortunately, this Club had the casting for becoming a member only in November, so I had to wait for several months before the actual entering to “Neverland”.

HI: Will you please tell the story of how you became the head of the Club a year after joining the Club? How have your responsibilities changed in comparison with the previous year?

T: Last year I was an ordinary actor of “Neverland” Theater Club. As for my responsibilities during those times, the only thing I did was playing in the theater performances. However, I received a good reputation among managers and heads of the Club and I was quite active in terms of helping while castings, different master-classes, and was quite reliable in terms of organization of a theater performance that year. Besides, I showed myself as being a good director for one of the performances and the heads of the Club saw that I could be a great candidate for the position of the next leader for “Neverland”.

As for my new responsibilities for this year as being a chairperson, I organize repetitions of theater performances, create the link between the administration of HSE and the Club, fulfill special documents for Advanced State Academic Scholarship (ASAS) for our members, etc. So, I have got a lot of things to do, but I truly enjoy that!

HI: I would like to congratulate you with your promotion! That is great success for you as you are only a second-year student! I would also like to ask general questions about the Club for those students who are not familiar with it. Could you please explain the procedure of becoming a member of the Theater Club? Are there any selection (casting) in order to become a member?

T: Yes, each student who wants to join the Club should overcome some casting. It is usually held in September, only once a year. Casting lasts two days. To be honest, it is not that complicated to go through. The only advice I can give is be yourself and show what you can do! The leaders of the Club are ready to appreciate everyone who has acting talent or different kinds of abilities which might help not only in acting but in the creation of costumes, decorations, make up for actors, light-making, etc.

HI: Is it possible to enter the Club right in the middle of the studying year or the selection of members through the casting goes only in once per a year, in September?

T: Unfortunately, it is possible to become a member right after September casting, thus those students, who might be interested in the activity of our Club, should wait till the next studying year. I suppose that will not change because it is a kind of tradition to organize casting only once a year, exactly in the beginning of the first module. But if there is a situation that we do not have enough of actor, I believe we could organize additional casting.  So it is hard to predict what can happen in the future, but as for now - everything is as it is.

HI: Could you tell about the general activities of “Neverland” Theater Club?

T: The general activity of the Club is oriented on uniting those students who are interested in theater. We also try to create a polite and friendly atmosphere inside the Club in order to make the magic feeling of the family. That is why “Neverland” Theater Club is so much popular among HSE SPb students!

In addition to the inspiration for the members of “Neverland”, we organize theater performances. This studying year we have already created one and plan to show other plays to the students of HSE SPB quite soon.

HI: Can foreign students of HSE join the Club?

T: For the present time, it is impossible for foreign students to enter “Neverland” because the Theater Club is fully in Russian and it is extremely complicated to translate everything into English due to some reasons, such as difficulty in switching all of the scripts of plays into a different language.

However, this is a great idea for the future because there are a lot exchange (part-time) and full-time studying foreigners who want to be active in non-academic activities in HSE SPb as many Russian students are, so we will think about it and try to do our best in order to implement this great thought into the reality!

HI: How often theater performances by “Neverland” are held in HSE SPb? What are the activities of the Club when all repetitions and plays are over?

T: Well, it is quite complicated to answer about the regularity of performances because it depends on a particular play and actors who are involved in that. For instance, we were able to organize only one play last year, but this year we showed one play already and three ones are planned to happen in several months

When all the repetitions and performances are over, we create master-classes for actors of the Club. Thus, the activity of “Neverland” never stops.

HI: “Neverland” Theater Club always impresses students with the quality of the plays. Who helps the Club with the creation of all the costumes and decorations for the performances?

T: To be honest, nobody helps us besides ourselves, because we have quite many talented students inside the Club, who show their creative skills and abilities in practice. Besides, we try to find the costumes using our connections with other theater clubs in Saint Petersburg. For example, Theater Club “Svoy Vatiant” (“Your Variant”) gave us costumes for the main characters of the play “Beda ot Neznogo Serdtsa” (“The Trouble from Sensitive Heart”).

As for decorations, we make them by ourselves as well.

HI: Where are theater performances usually held? Who can come to watch them, e.g. anybody who are interested in theater and acting, or exclusively the students of HSE?

T: Unfortunately, we do not have one appropriate place for our performances, so all the plays are held in different places all the time. At this moment, we arrange performances everywhere where it might be possible, e.g. from city-stages of Saint Petersburg to lectures’ room in Kantemirovskaya’ building. We invite everyone who is interested in theater because we are glad to give an opportunity to touch the great art of acting!

HI: Could you please tell some parting words for those students who just plan to enter “Neverland” Theater Club next studying year?

T: The main advice I can give is be yourself, be positive and love what you do! In my opinion, that is the key to success!