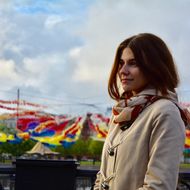 This is an introductory course in anthropology for students in humanities and social sciences. Contemporary social and cultural anthropology is positioned on the boundary between humanities, such as literature and history, and social sciences. As a result, anthropologists practice a more self-reflexive, personalized approach to their tasks, while also striving for a particular kind of objectivity. The main product of anthropology is a specific genre of literature called ethnography – a detailed and contextual account of a particular locality, activity or situation, based on long-term personal presence and observation by an anthropologist or a team of anthropologists, who possibly also take part in the activities described. Born out of the colonial encounter between so-called “civilized” and “primitive” people, the discipline of anthropology has been particularly, and at times bitterly, aware of theembeddedness of any knowledge in violence and power. The discipline’s principles and agendasare under constant revision. The very broad comparative and global scope of study, however, remains unchanged. Anthropologists arecommitted to exploring, voicing, and finding fair generalizable languages for the very differentopinions of what it is to be human and how humans should live on this planet. The course is subdivided into two parts. The first part is a brief introduction to the epistemological, methodological and ethical foundations of anthropology to studying human social and symbolic worlds.We will learn key anthropological concepts, the basics of long-term participant observation and ethnographic writing. The larger second part of the courseis a series of introductions to some classical themes and topics thatcontinue to be productive for anthropologists working in every part of the world. By reading and discussing both classical and contemporary texts on these topics, we shall explore the ways in which the insights and debates originating in localizedor specific contexts contribute to our understanding of humanity as a whole, and vice versa.