Alexandra Malysheva, a graduate student of the HSE St. Petersburg Schools of Physics and Mathematics and Computer Science, received the Ilya Segalovich scientific award. The Expert Council of the award chose her among nearly three hundred young researchers.

The scientific award of Yandex named after Ilya Segalovich was established in 2019 in support of young researchers and the scientific community in Russia, Belarus and Kazakhstan. The prize is awarded to students, post-graduate students and scientific supervisors for significant achievements in the field of computer science in the areas of speech recognition and synthesis, information search and data analysis, machine learning, computer vision, natural language processing and machine translation.

Almost three hundred applications were submitted this year, and the Expert Council approved 13 of them: nine young researchers and four scientific supervisors won the award. Alexandra Malysheva, a first-year master’s student of the HSE St Petersburg Schools of Physics and Mathematics and Computer Science, is among the winners. Alexandra told us what achievements helped her to become a laureate, and shared her plans for the near future. 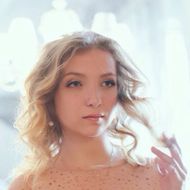 Yandex awards the Ilya Segalovich scientific award not for any specific project, but for one's overall contribution to the field of computer science.

I have been involved in several projects. Firstly, one I've worked on involves deep reinforcement learning, which is used to model the human musculoskeletal system. I've written about this project in the HSE SPb blog on Habr and presented it at an A-level prestigious conference, in addition to an A*-level workshop.

The second area I have been working in is multi-agent systems. For example, I have been learning how to transfer information between agents in Dota. Two teams of five people play against each other in the computer game. Now the algorithms have been so developed that they can beat a real person one-on-one, but cannot win in the case of a team game. There is an assumption that the reason for this is people's ability to quickly share necessary information. Hence, during gameplays teammates are wont to use slang words, which, of course, computers are not able to produce.

In addition, my team and I participate in competitions held by NIPS, the largest and most prestigious conference in machine learning. Last year, we took sixth place in the Learn to Run competition (our team followed Google DeepMind and Microsoft Research—terrific labs) and fourth place in a competition in self-driving cars.

My most favourite project is organising the seminars on training with reinforcements, which are now held at HSE University – St Petersburg, as well as JetBrains Research, where I work. They placed particular emphasis on this project at the awarding ceremony.

In general, winners are granted money rewards, an opportunity to participate in an international conference on artificial intelligence, a personal mentor, and an invitation to a scientific internship in the Research Department at Yandex.

I do not know yet whether I will undertake an internship – all this depends on the projects we will be offered. But I am eager to go to NIPS this year, and I will be glad to have an opportunity to discuss my ideas with the mentor. It will be fascinating and very useful to be in dialogue with a person who is engaged in the same research area as I am.

Congratulations to Alexandra! We wish her some new incredible achievements!