Five students of the HSE St Petersburg Schools of Physics and Mathematics and Computer Science competed in the Google Code Jam to I/O for Women and were selected to attend Google I/O, one of the largest developer conferences in the world, which will be held in May 2019 in the United States. 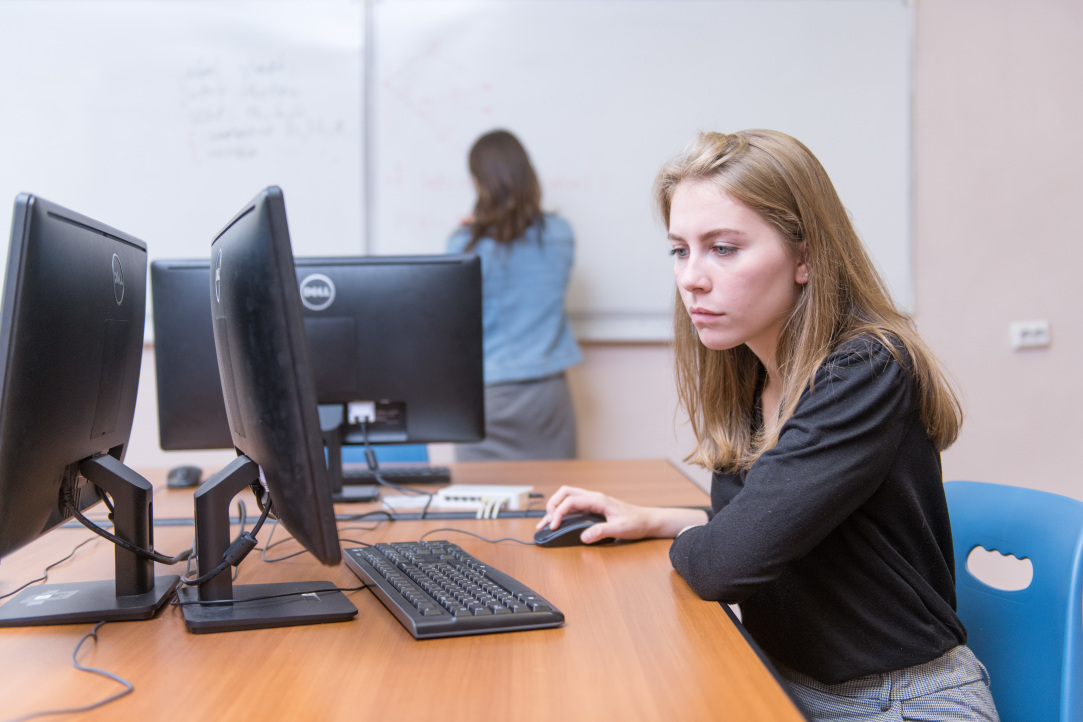 Google Code Jam to I/O for Women, a programming competition, took place late February 2019. It is an annual online contest organised by Google, where the top 150 female participants are invited to the Google I/O, a large developer conference, and receive up to $750 to cover transport costs and accommodations.

The format of the contest is similar to other contests in competitive programming: participants must solve and embody solutions to four algorithmic problems within 2.5 hours. Solutions are checked automatically on a confidential set of tests, and participants are ranked by the number of tasks solved and time spent. To get an idea of what it's like, you can try your own hand at solving one of the archived tasks – try the simplest one.

The following students of HSE University – St Petersburg took part in the contest: third-year students Anya Nikiforovskaya, Lisa Vasilenko and Natasha Murashkina of the undergraduate programme ‘Applied Mathematics and Information Science’, as well as first-year graduate students Sasha Malysheva and Nadia Bugakova of the graduate programme ‘Big Data Analysis in Business, Economy and Society’, who graduated from the ‘Applied Mathematics and Information Science’.

All five women joined the ranks of the winners. They won tickets and partial coverage of expenses from Google, and the rest of the costs will be covered by HSE University – St Petersburg.

Google conducts Code Jam to I/O for Women to support women and engage them in programming. In total, over 800 female students from around the globe competed in the contest.

The programme I study, ‘Applied Mathematics and Informatics’, offers a course on algorithms spanning six modules, so the most difficult part of the contest for me was not writing algorithms (I have no problems with that), but concentrating for two and a half hours to solve tasks and write a pure code. Also, I learned how to solve algorithmic problems in college, while Anya Nikiforovskaya, for instance, has been engaged in competitive programming since school. In11th grade she took 4th place in the Google Code Jam to I/O for Women, in addition to enjoying triumphs in many other competitions.

Held annually in early May, Google I/O gathers more than five thousand professional programmers from all over the world. The event includes different lectures and workshops on programming and software development.

A ticket costs $1,150 ($375 for students), but the number of people who would like to attend the conference exceeds the number of available tickets, so Google conducts a lottery among those who want to visit the Google I/O.