On February 16, 2017, students at HSE St. Petersburg were exposed to a variety of interesting topics on the social, economic, political and cultural life of Norway when professors from the University of Oslo gave a series of lectures intended to excite curiosity about the country. The lectures were held at the initiative of the Norwegian Embassy in Moscow in cooperation with the University of Oslo. Heidi Olufsen, the Consul General of Norway in St. Petersburg, invited students to continue discovering and attend a future lecture on Fridtjof Nansen, the famous Norwegian explorer, scientist and diplomat.

Both students and staff were very interested in learning about what life is really like for modern Norwegians. We collected some of the answers to their numerous questions. 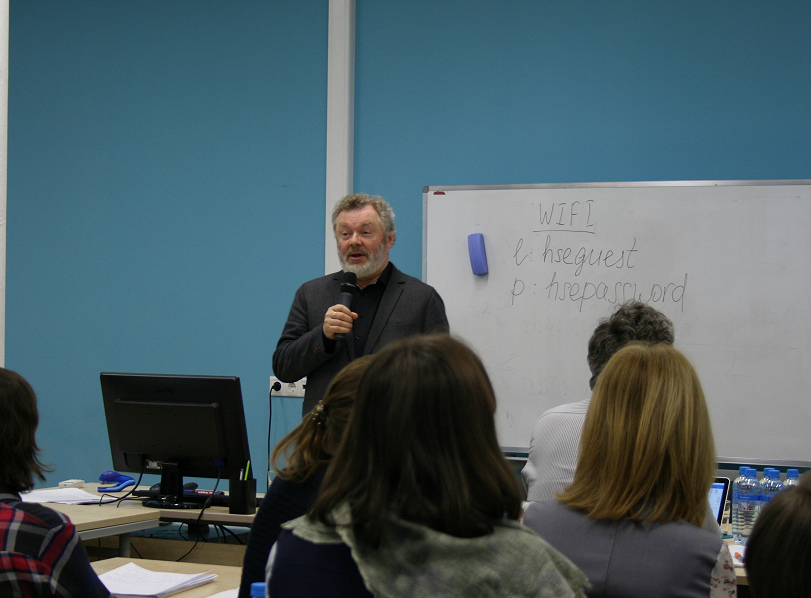 Arne Bugge Amundsen, Professor of Cultural History, gave a lecture entitled Norwegian identity politics in the 19th and 20th centuries in which he touched on the issue of ancient Norwegian DNA and its role in several theories on the origins of Norwegians. Today, the notion of what can be called a national identity in Norway is changing continuously. There is a very strong debate among politicians today regarding the emergence of the word ‘nationalism’. The common ground for the future of the Norwegian nation is something that has to be discussed, according to Professor Amundsen. Norway is changing demographically, and the question of how language is connected with identity is very strong. The question of history, for instance, is less relevant, although narratives, rituals and symbols will remain important. The direction of positive nationalism is worth exploring. 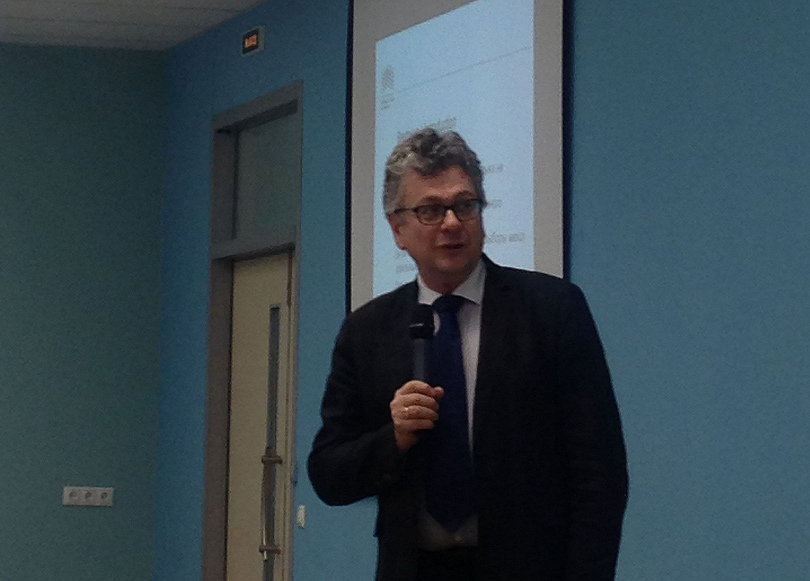 Arnfinn Muruvik Vonen, Professor in the Faculty of Teacher Education and International Studies, gave a lecture entitled Language politics in Norway.Like many European languages, Norwegian has diverse dialects spoken as a mother tongue by the vast majority of the population. Even written Norwegian is diverse. Bokmål and Nynorsk are the two official written varieties. What is taught in primary school is actually based on democratic referenda. Each school has a traditional variety used for that school, but because of changes in the demographic makeup of a school district, parents may sometimes ask for a referendum to change the main language variety that is taught. If the referendum shows that most of the population in a given area wants to switch to the other language variety, the municipal council can decide to make such a change. Children in secondary school have the right to choose which of the two language forms will be their primary one of study. That said, in secondary school most children also have to learn to write the other variety unless they receive an exception. Aud Tønnesen, Professor of Church History and Dean of the Faculty of Theology at the University of Oslo, gave a lecture entitled Religion and identity in Norway.She was asked whether Norway had a special law protecting religious feelings, to which she responded: ‘We used to have a law against blasphemy. When it was used against the famous movie “Monty Python’s Life of Brian”, the movie was not allowed to be shown in cinemas in Norway because it was found to be blasphemous. The law was changed’. 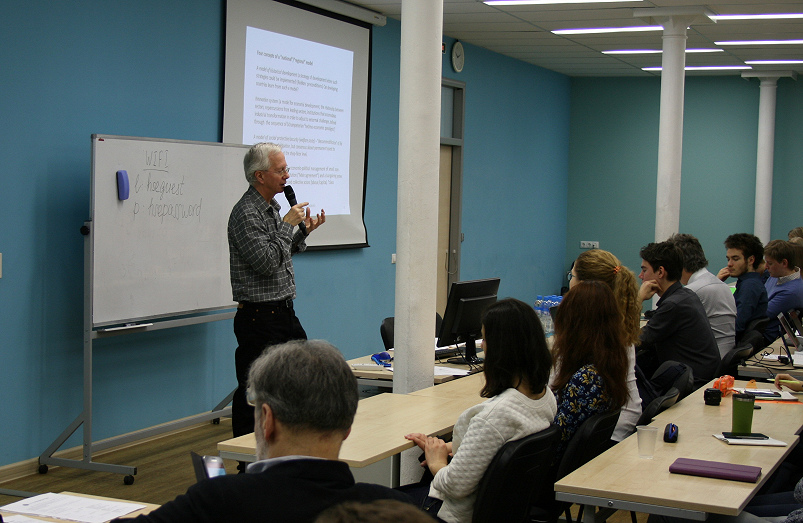 Lars Mjøset, Professor of Sociology in the Department of Sociology and Human Geography at the University of Oslo, presented on two topics – Elites and social movement in the historical development of the Nordic modelsand The Nordic Model – ideas and realities.Professor Mjøset uses the label ‘Nordic model’ mainly to suggest that the development of the Nordic countries could serve as a role model for the development of developing countries aiming to catch up with the leading economies. His work involves a detailed historical and comparative investigation of Nordic development patterns. 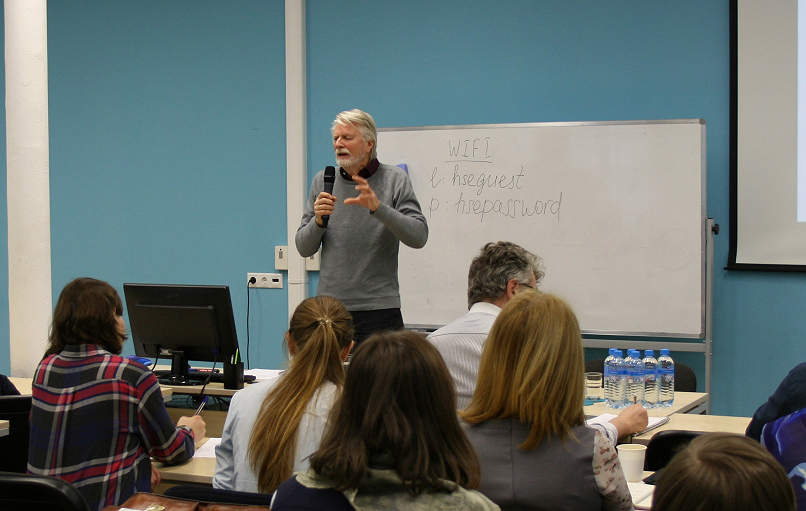 Fredrik Engelstad,Professor of Sociology in the Department of Sociology and Human Geography at the University of Oslo, delivered a lecture entitled Welfare Politics of Norway and the Nordic countries.

At the end of the day it was obvious that one day had not been nearly enough to learn about Norway.
Date
2 March  2017
Topics
On Campus
Keywords
HSE guestsopen lectures
About
HSE Campus in St. Petersburg