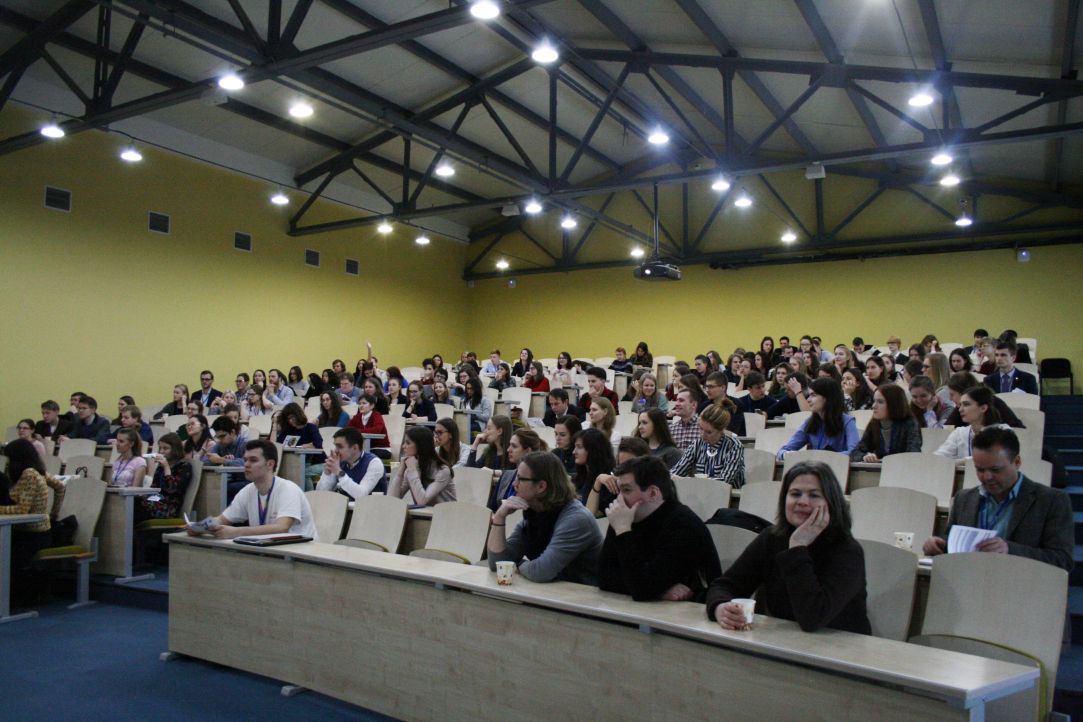 Before the lectures and during breaks, participants had the opportunity to view posters devoted to various research topics. At the special poster presentation sessions, or Lightning Talks, each accepted poster was presented briefly for 3 minutes; presentations gave the audience an overview of the topics by covering relevance, motivation, key points, and poster number. 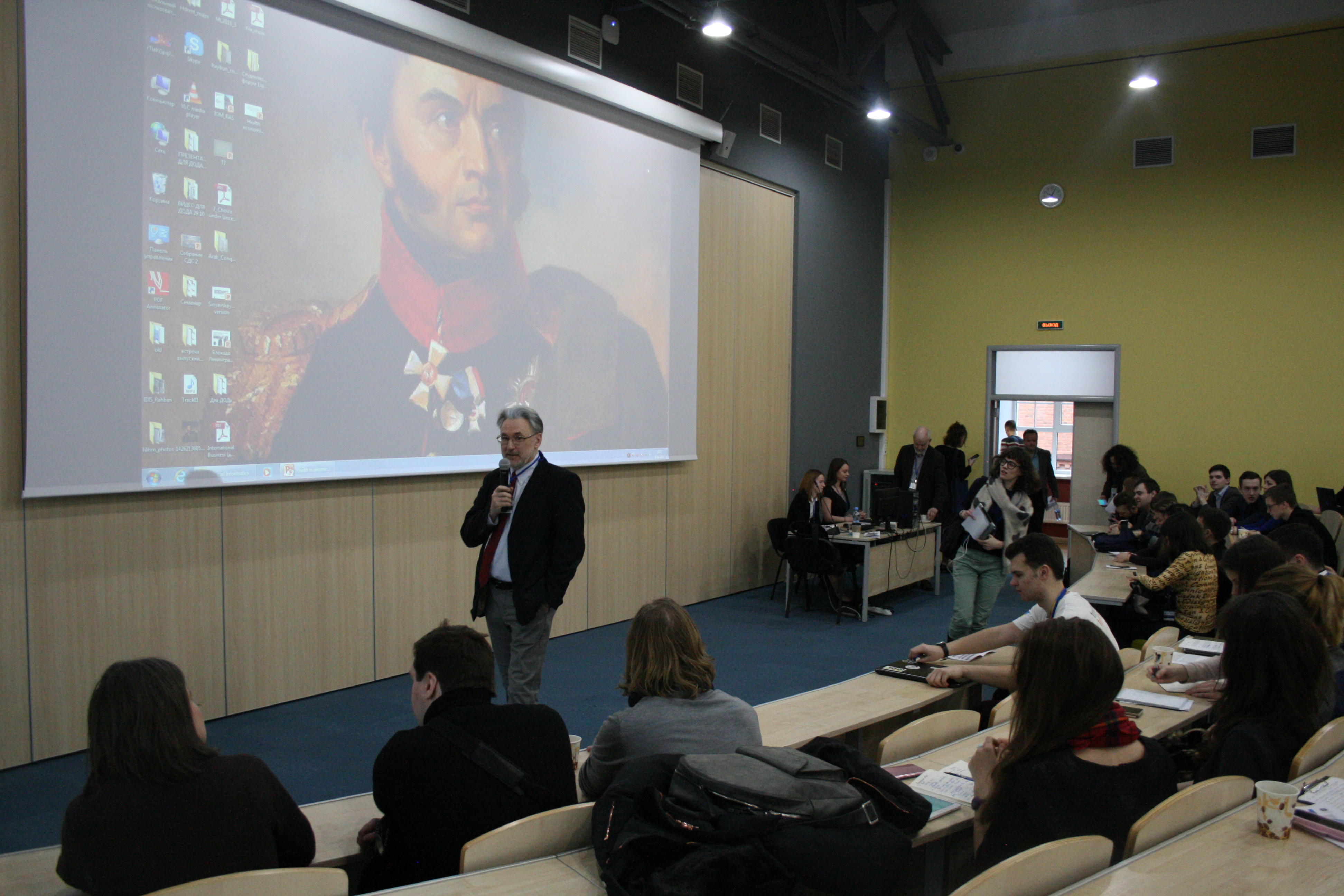 Inspired by the atmosphere of creativity and curiosity, professor Daniil Alexandrov, Deputy Director of HSE St. Petersburg opened the conference with a welcome address and gave the floor to the first keynote speaker, professor Paul Kind, for his talk Health economics – helping us deliver a more effective and efficient healthcare system. Professor Kind serves as an international research advisor at the HSE International Center for Health Economics, Management and Policy (Russia) and a professor in the Leeds Institute of Health Sciences at the University of Leeds (UK). He is currently studying the important question of how to measure and value the benefits of health care. Health economics is a new academic discipline and according to Professor Kind combines economic concepts with those of its more respectable neighbours, for example, psychology, mathematics, philosophy and politics. During this lecture, he shared the notion that we work with evidence about the costs and consequences of health care but that this occasionally leads to difficult decisions about whether to provide treatment and if so, whether it should be provided for all patients. Every healthcare system faces the same challenge of how to deliver effective care within affordable limits. Professor Kind raised the question of whether health economics in Russia can help deliver upon that goal. 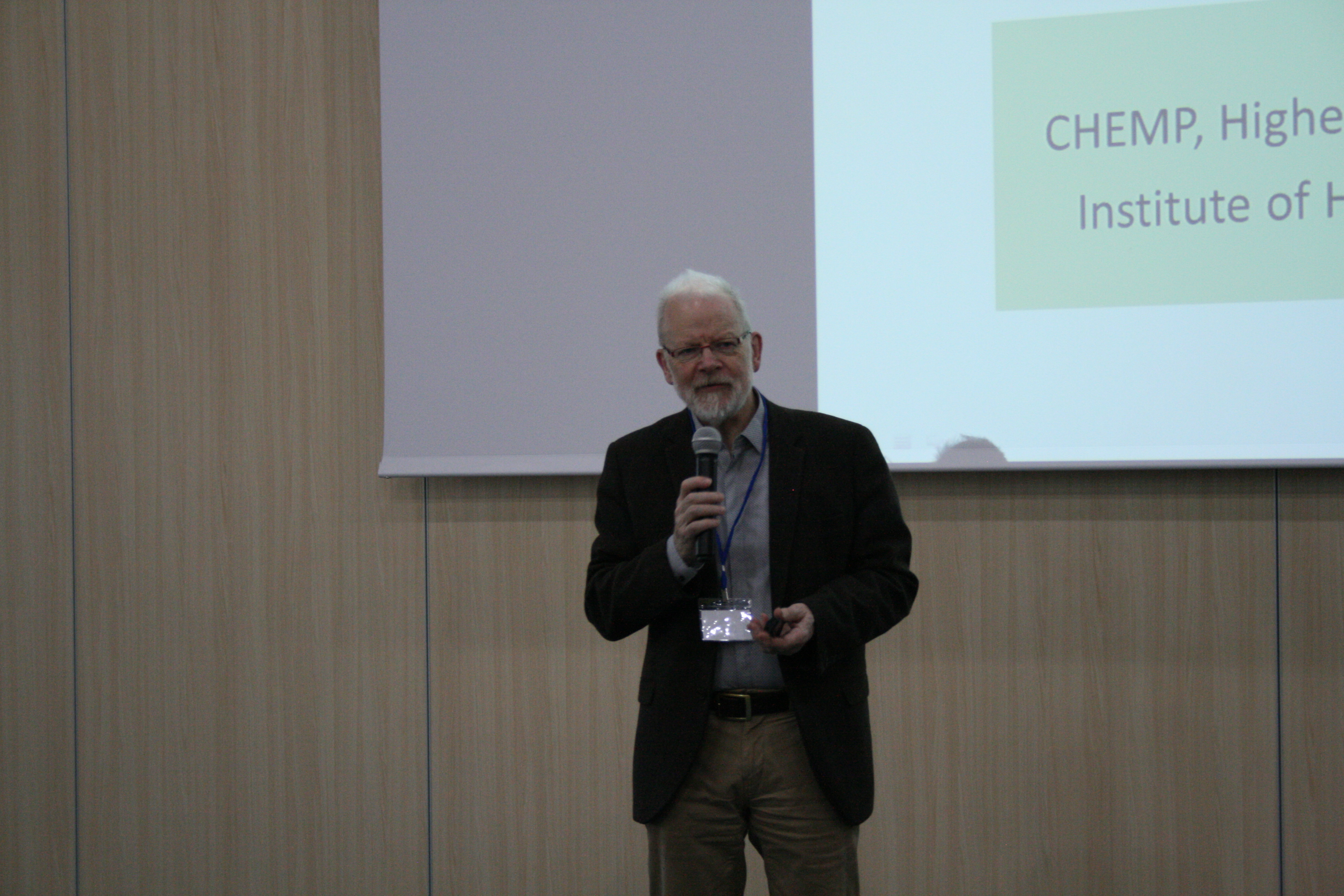 Frode Guribye, associate professor and vice head of the Department of Information Science and Media Studies at the University of Bergen (Norway), gave a parallel lecture entitled Ethnography in Social Informatics. He focused on how people can use the perspectives and tools from ethnography to understand the use of information and communication technology (ICT) in its social, cultural and institutional contexts. Professor Guribye noted that social informatics presents people with complex and multifaceted objects of inquiry, which leads to challenges in how to approach these objects of inquiry methodologically. These inquiries include understanding the relation between online and offline behaviours, as well as how to use different indicators of action, such as chat-logs and other digital traces of participation, and combining them with observations and accounts of action. He illustrated such challenges by citing examples from his own research, paying particular attention to studies of technology-enhanced learning and the design and use of mobile technologies. 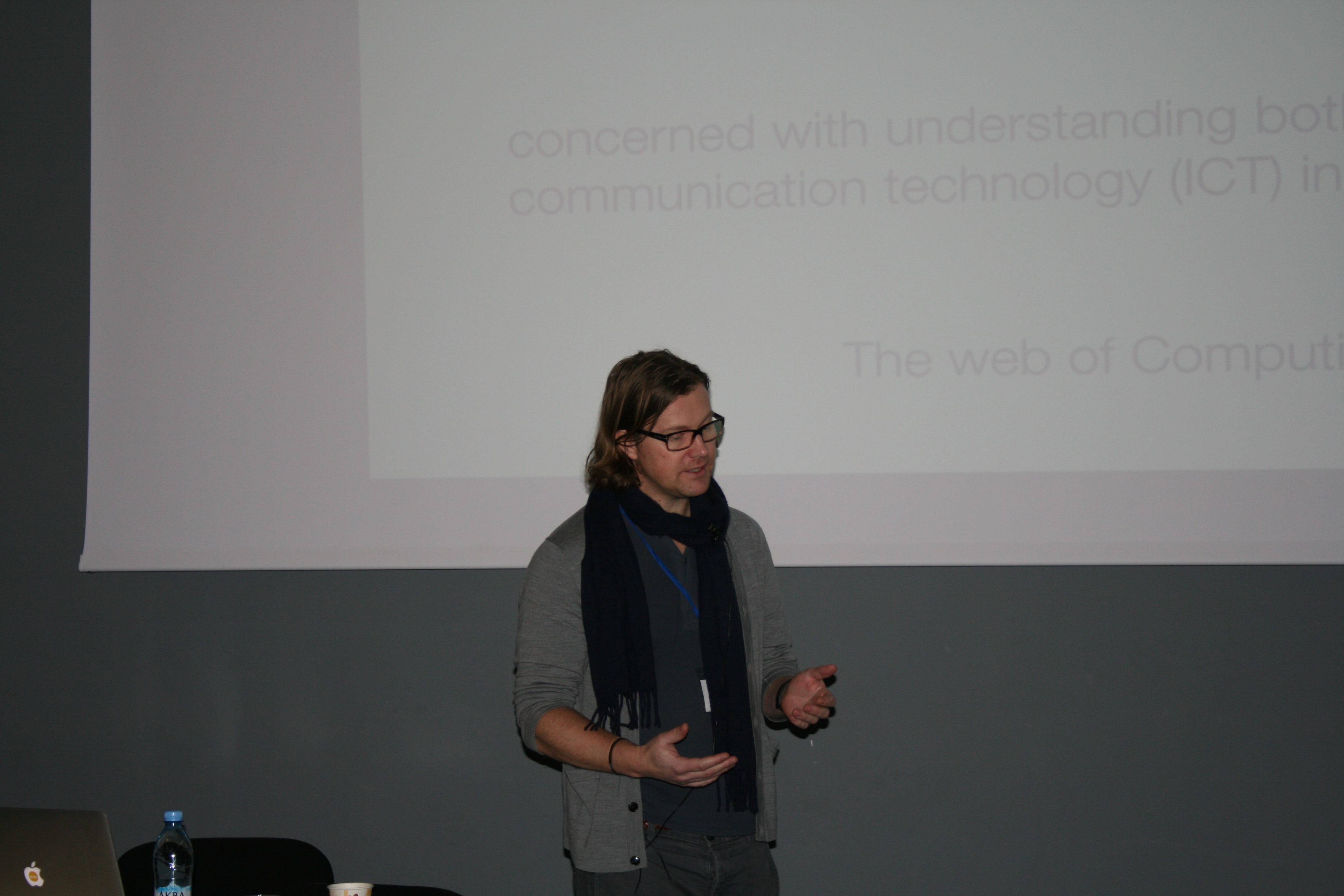 Another keynote speaker was Brooke Harrington, associate professor in the Department of Business and Politics at Copenhagen Business School (Denmark). Her lecture, which was entitled Inequality and the Wealth Management Profession, addressed the issue of how eight individuals now own as much wealth as the bottom 50 percent of the world’s population.

One part of the puzzle that she noted concerns experts who make personal tax avoidance possible on a massive scale—an estimated US$200 billion annually. Professor Harrington said that this massive depletion of state coffers undermined efforts to provide public services, such as education, health care and transportation, or to distribute food and housing aid to those in need. That is why the poor get poorer, while the rich get richer in her view. 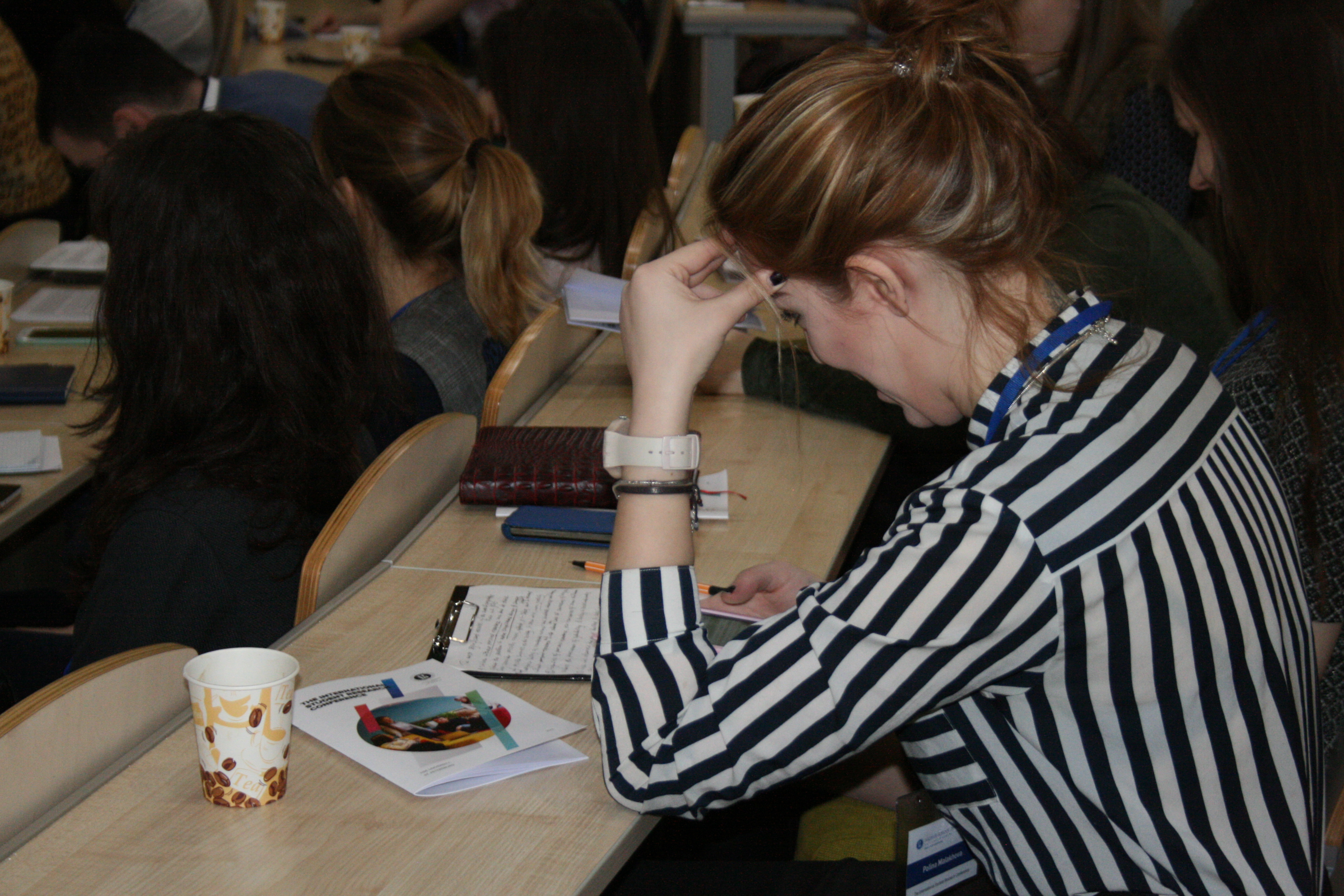 Harri Lorentz, acting professor of Purchasing and Supply Management in the Operations & Supply Chain Management Programme at Turku School of Economics (University of Turku (Finland)), delivered a lecture called The Analysis of Logistics Development Trends in Global Trends. His lecture focused on international trade as an important aspect in global economic growth and in the economic prosperity of individual countries. Professor Lorentz noted that conducting international business is dependent on the successful management of distance. Physical and institutional distance may cause friction in international transactions, so well-functioning trade logistics are important for international companies and global value chains. His presentation gave a macro perspective on logistics development globally from the perspective of the World Bank’s Logistics Performance Index 2016. Trends and issues were identified for the benefit of policymakers and practitioners. 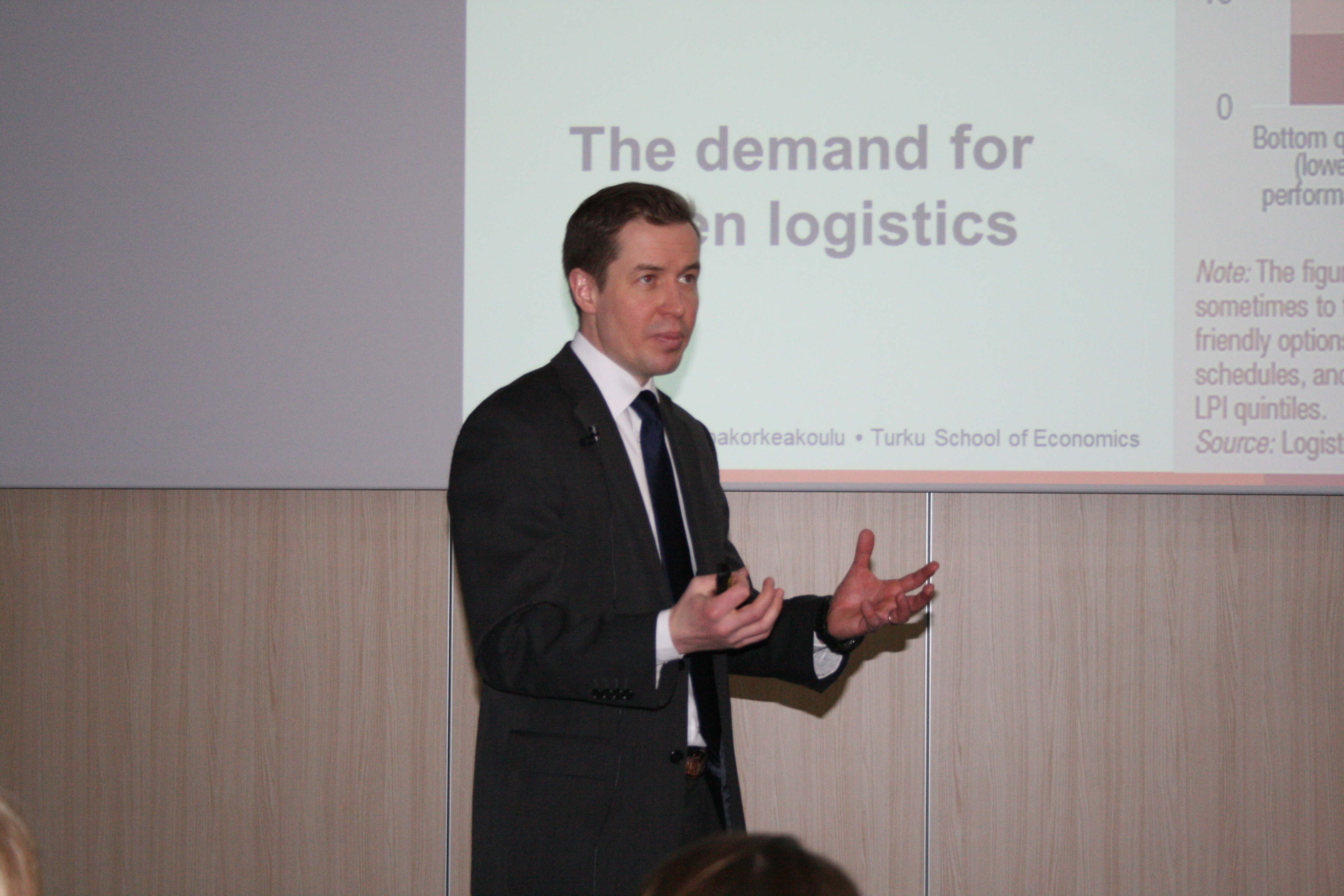 Michael Rochlitz, associate professor in the Faculty of Social Sciences at the HSE School of Political Science (Moscow, Russia) gave a talk entitled Media and Politics in Hybrid Regimes in which he addressed a number of key questions. What role do the media play in hybrid regimes? Do independent media outlets have an impact on voting behaviour and political opinions in political settings where elections take place, but where election outcomes are often determined in advance? Professor Rochlitz presented the results from tests of these questions that were conducted in two recent empirical studies on the role of the media in the Russian Federation. The first study involved monitoring, coding and analyzing Russian and Ukrainian TV news for a period of 40 days in early 2015 to determine the extent to which TV channels in both countries play a role in commenting on and criticizing government activities. While TV channels in Ukraine actively discussed and criticized government activities, criticism of the government was all but absent on Russian state TV. In a second experimental study, a survey was conducted on political opinions and voting intentions before and after the 2016 Duma elections in Russia. After the first survey, a randomly selected sub-group of the people surveyed were provided with free access to the independent TV channel Dozhd. People who were exposed to the treatment and watched Dozhd were more likely to vote in the elections, but less likely to vote for the government party United Russia than those in the control group. 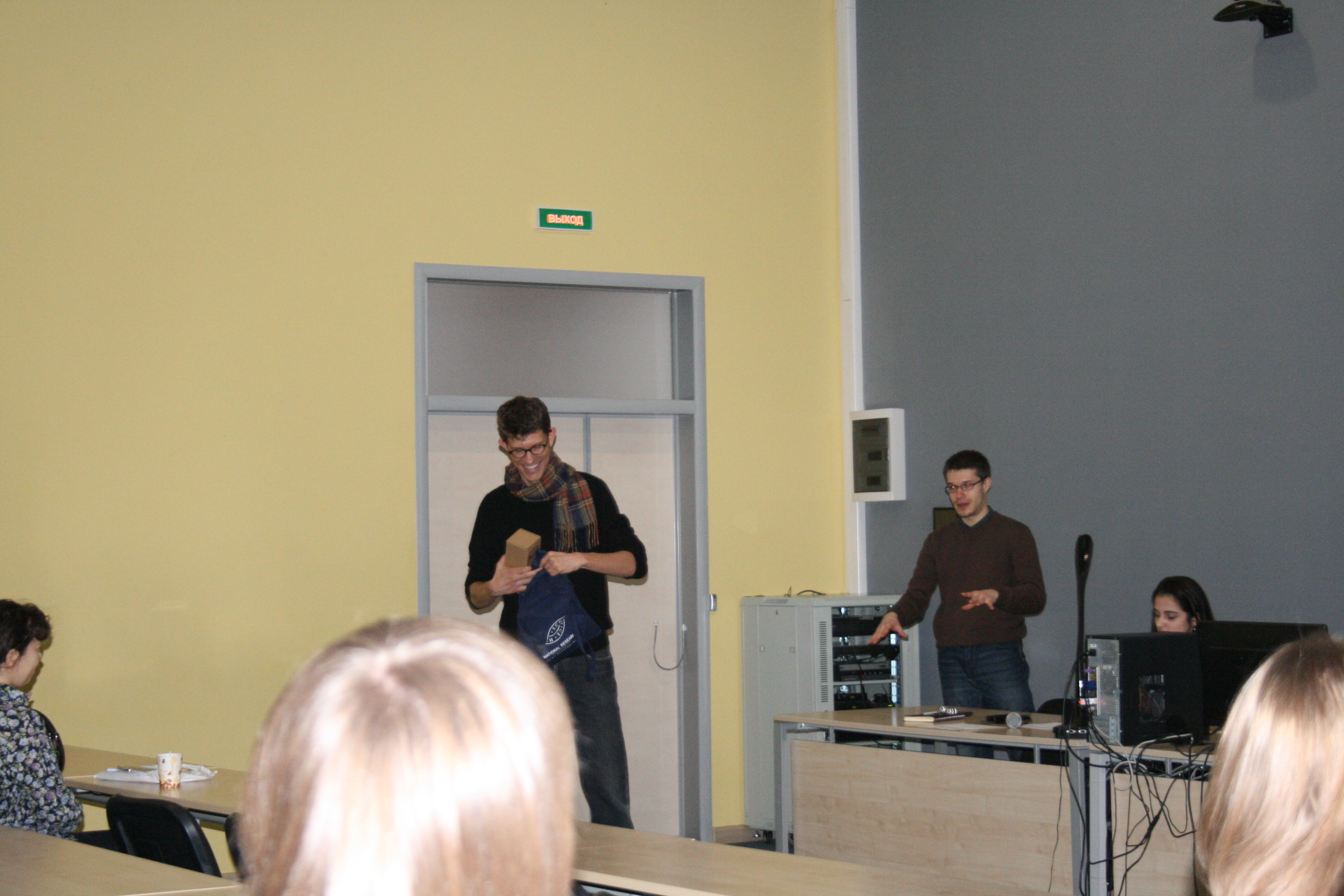 All of the lectures by keynote speakers and poster sessions resulted in lively discussions not only in the rooms, but also during the breaks. Many participants said that they would like the opportunity to attend again next year. 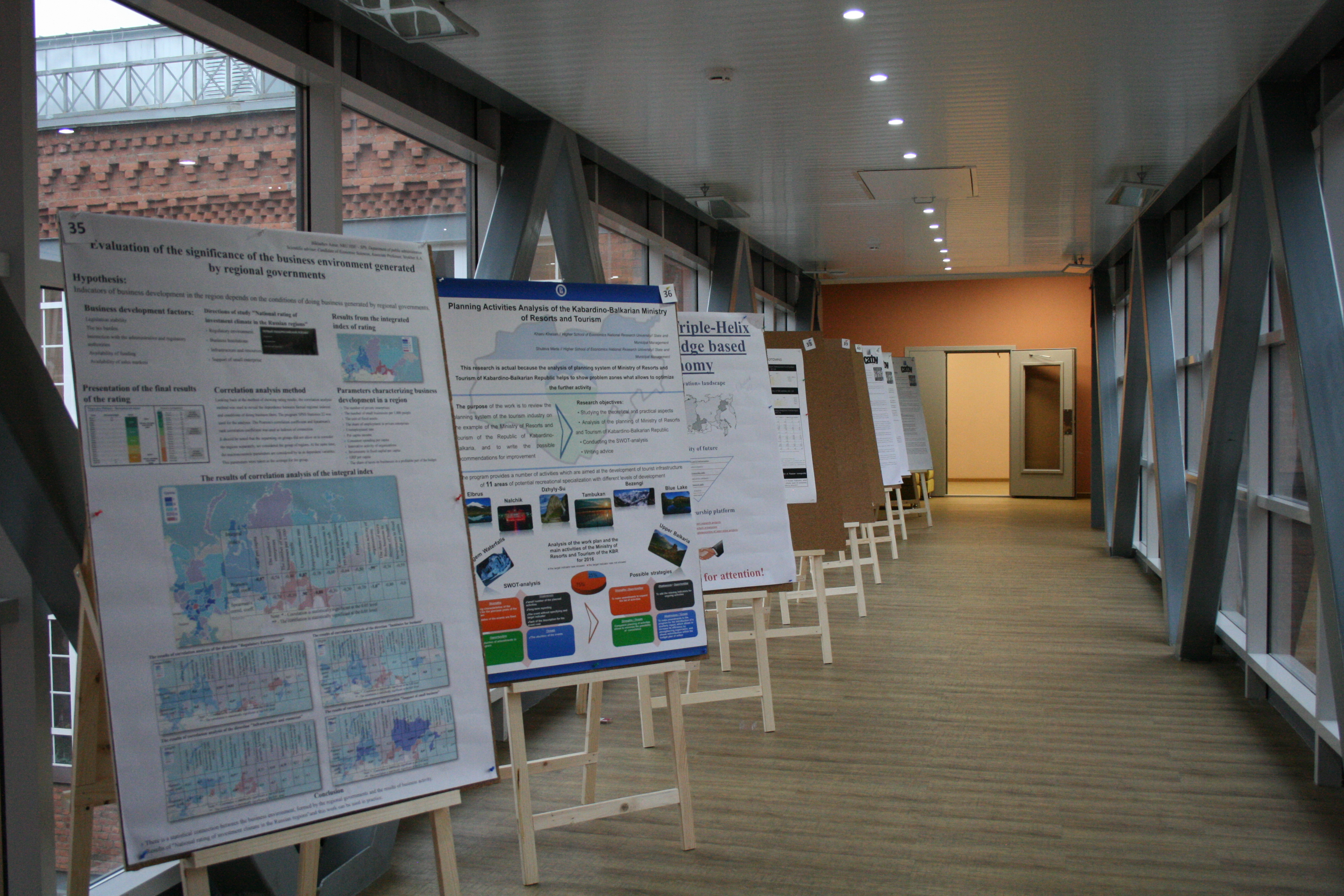