Yale University is one of the oldest in the United States. It is part of the legendary 'Ivy League' and is renowned for its outstanding level of education. On June, 4 a delegation consisting of about 80 American students and professors visited HSE University St. Petersburg as part of their study tour.

In the beginning of the meeting Jeanne Kormina made a presentation on Sociology of Religion. The topic provoked a lively discussion and didn't leave the guests indifferent. After the presentation our buddy team with the support of the staff of the Centre for International Education organized various activities, including a mini-tour of Kantemirovskaya campus building and round tables which allowed us to discuss informally a wide range of topics, from the educational system of the two countries to student extra-curricular activities. We shared with our new friends our experience of organizing student clubs, asked them about hostels and campuses, and learned that Yale University even has its own secret community, which is very often depicted in movies.

By the time of this meeting, our guests had visited many sights in St. Petersburg, but as we found most of them lacked live communication. We in turn were also incredibly interested to learn about such a renowned research university as Yale – about their grading system, what American students are interested in and how they spend their free time. Despite the differences between us, we were able to find common themes that we are concerned about or laugh at. This undoubtedly captivates and broadens the mind, motivates and gives the opportunity to feel part of the international educational community. 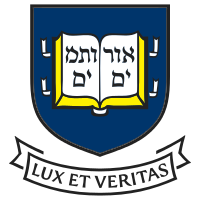 Yale University is an American private Ivy League research university in New Haven, Connecticut. Founded in 1701 in Saybrook Colony as the Collegiate School, the University is the third-oldest institution of higher education in the United States. The school was renamed Yale College in 1718 in recognition of a gift from Elihu Yale, who was governor of the British East India Company. Established to train Congregationalist ministers in theology and sacred languages, by 1777 the school's curriculum began to incorporate humanities and sciences. In the 19th century the school incorporated graduate and professional instruction, awarding the first Ph.D. in the United States in 1861 and organizing as a university in 1887.