For several years the Chinese Club has existed at HSE, and this year the project of the Japanese Club appeared at the Project Fair. This club will allow anyone who wishes to take a dip in the world of Japanese culture, find like-minded people, attend lectures by experts, and meet native speakers.
To get more information about this Club, we interviewed Chizhova Ksenia, Tutor and Visiting Lecturer of the Department of Asian and African Studies and organizer of the Japanese Club. 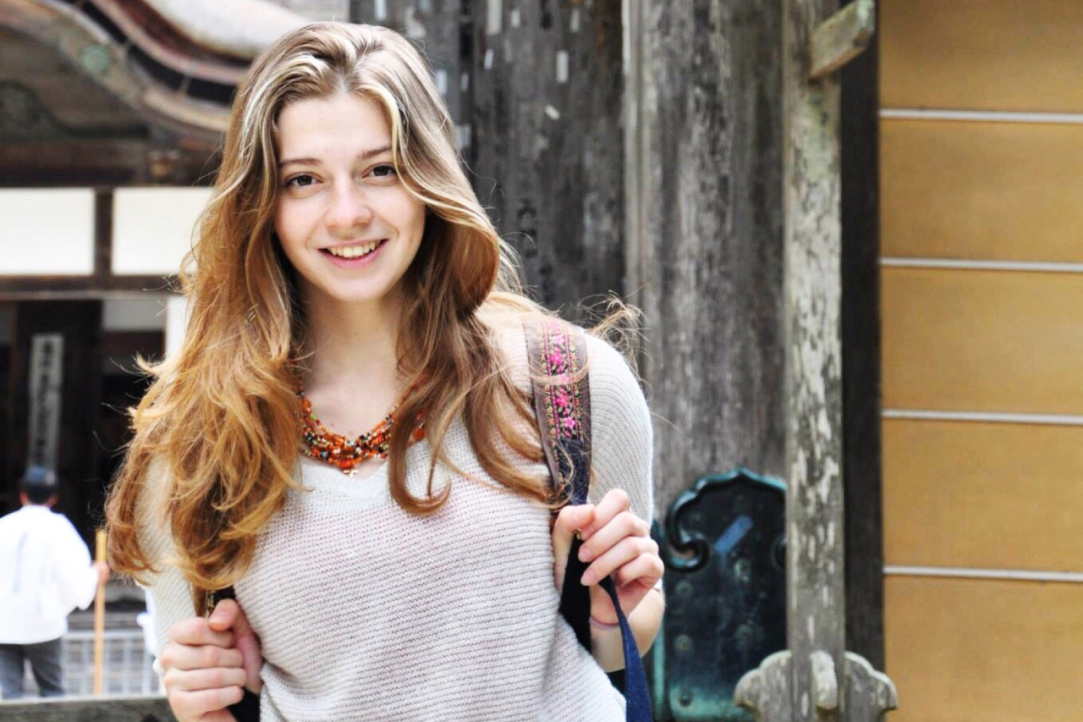 Why did you decide to create the Japanese Club? How did you get to this idea?

The idea appeared some years ago. Teaching Japanese to students, I realized they needed more language practice. I would like students to choose different topics themselves, gather and discuss them. Once before I had already opened this project at the Department of Asian and African Studies and this initiative was also supported by students. However, due to the heavy workload, the students were not able to participate so actively in the development of the Club while arranging meetings takes a lot of effort and time, especially at the beginning. This year a request was received again from students who actively took up the idea of the creation and promotion of the Japanese Club in the HSE (Saint-Petersburg). Bessonova Daria, who is a student of the MA Programme “Business and Politics in Modern Asia”, is one of the most active initiators. I liked her approach, she came up with a lot of fascinating ideas, and I trusted her. I hope now the Club will take more important positions and be a meeting place for years.

Will the activities of the Club be limited to the practice of the Japanese language, or do you plan to hold events and lectures too?

In addition to speaking engagements, we will also hold lectures which will be conducted mainly in Russian as the discussion of some topics in Japanese requires a high level of language proficiency, and we would like more people to join and participate in such meetings. Moreover, we are going to arrange meetings with native speakers, art historians, professors from our department and experts who used to work or continue to do it at Japanese companies.

Will everyone be able to participate in the Japanese Club?

Any student can attend the lectures, even without any knowledge of the Japanese language. For example, someone who is not sure what language he/she should learn or maybe has already started to learn and wants to be sure that has chosen the right path, and so a suitable lecture will be given. As far as language classes are concerned, I do not wish to make a rigid selection, as this is not exactly the right approach, but I would like participants to have at least basic knowledge like N4 level. However, if a person has a great interest, is very eager to join the Club, and is ready to fully engage in this matter, we will gladly accept him.

What do students have to do to join your Club? Are there special requirements, and can students from outside HSE participate?

There will not be any rigid selection. I feel that to join our Club it will be enough to participate in the survey at the VK group that will be dedicated to the Club. It is necessary that the organizers can find out how many people want to attend the event and if there are enough people, they will simply assign an audience, and it will be easy to come. If the student of the HSE wants to visit the event, just use their campus card to enter. But if it is a person outside HSE, it is needed to send us basic data and provide their passport or ID card to enter the campus of HSE.

Before the New Year, most of the academic subjects were moved online at HSE. What format will the Club meetings take place in?

We will start at such a difficult time, but I want to open the Japanese Club before New Year. The first meetings will be online.  The VK group will assign its date and time, and students will get the Zoom link. On the one hand, you get upset because you want to connect and communicate with everyone in real life, but on the other hand, online meetings have some benefits. For example, it gives a chance to communicate with a person who is in Japan at this moment. In addition, it simplifies some organizational formalities if we decide to invite any expert from outside HSE.

It is well known that in Russia the Chinese language is one of the most popular languages to learn currently. Could you tell us about the situation of Japanese learning in our country? Are many students at HSE studying Japanese?

Answering this question, I would like to start with the Japan Foundation that was established in 1972. Its purpose is to control and promote the development of the Japanese language and culture around the world. This organization is more interested in the question of how many people learn Japanese and where. According to their data, about 12 000 people study Japanese in Russia, and the numbers are increasing each year. For me, as a teacher of the Japanese language, it is a joyous occasion because we are getting bigger. If we look at the world statistics, the leaders in the rank of Japanese learning are naturally Asian countries, the USA, Australia and France among European countries. With regard to HSE, Saint-Petersburg has the highest number of students (200 persons) who study Japanese. It is a big number that was even noticed by the consul from Japan who came to give us books with the support of the Japan Foundation in September.  It is an indication that the consular office supports us because they are interested in us.

In your point of view, why does Japan attract special interest?

Probably, this is the most difficult but quite logical question that we can hear from Japanese or teachers of the Japanese language. At this moment, I have concluded that everyone has different reasons for learning Japanese. Of course, most of them became fascinated by the modern culture that is reflected in anime and j-pop. At the least, many students are also interested in traditional things like traditional sport, music, some historical novels, samurai and geisha images. I am still surprised by the inner sense of harmony and calm when I touch this culture. I noticed this peculiarity not only in myself but also in some of the students who are also beginning to be drawn more towards Japanese culture, having felt this harmony, such a spiritual impulse.

Is it possible to realize Japanese culture without any knowledge of its language and by contrast, to learn Japanese without understanding the cultural specificities of the country?

To study culture without language is easier than to study language without culture. For example, there are art historians who have been engaged in Japanese culture for years. Though they do not know much of the language, they are good experts in the field of their job. But sure, if you know the language, it reveals more frames of perception. In addition, you can know some Japanese phrases without realizing the cultural features, you will not be able to use them right. Language is a live moment of live communication.

In your opinion, is Japanese cuisine still popular in Russia? Could you mention the most famous Japanese dishes?

I would say that more original Japanese cuisine became more popular today. For most people the example of Japanese cuisine used to be sushi and not Japanese, it was American sushi-like Philadelphia. The modern generation has a greater understanding of original Japanese cuisine, its variation of dishes.  For example, today more restaurants appeared in Saint-Petersburg where we can taste real Japanese dishes like Takoyaki, Taiyaki, Ramen, Onigiri, Katsudon, etc. It is difficult to approve that all of these dishes are original Japanese food as the Japanese are known for borrowing different things from other cultures, and they improve, remake, and organically introduce it in their culture. But it is great that in Russia we can taste Japanese food, at least in approximate form. For me as a person who came from Japan to Russia, the first six months were difficult because my body was used to Japanese food, but I could not eat anywhere. The Japanese are also glad that their culture develops and spreads outside their country, and so they are pleased to arrive and share their knowledge.

What books and movies would you advise for those who are just beginning to know about Japan to get into this culture?

I would choose the right balance between contemporary and traditional artwork to make people interested and reflect real traditional Japanese culture at the same time. From the literature, I would recommend the works of Haruki Murakami as the author shows us the view of a Japanese person on any usual things, and interesting but not difficult describes daily routines. Moreover, he excellently realizes the European mind that is reflected in his works. In my subjective point of view, his books help people to understand if it is his culture or not. From the Japanese classic literature, it would be better to read stories and novels of Akutagawa Ryunosuke where the author describes cultural features of the Japanese, their life, and we can see the effect of Europe on Japan there. There is another piece “Beauty and Sadness” by Yasunari Kawabata where the author suitably describes the Japanese worldview. From the movies, I would recommend the work of Akira Kurosawa “Rashomon”. To know more about corporate ethics in Japan, it is necessary to watch the movie “Stupeur et tremblements” created by Alain Corneau. This movie tells us the story of a European woman who got a job in a Japanese corporation. I consider that the fans of anime will like works of the studio “Ghibli” and the anime “Mushishi” that helps to understand the religious beliefs of the Japanese.

To miss not one event and know all relevant information about the action of the Japanese Club, you can join the VK group.