'It is Important to Expand your Horizons and Analyze Language Conflicts'

Interview with Ksenia Maksimovtsova, associate professor of the HSE Department of Political Science and International Affairs, about her work experience in Germany, post-Soviet countries' language policy issues and features of the Project Seminar discipline. 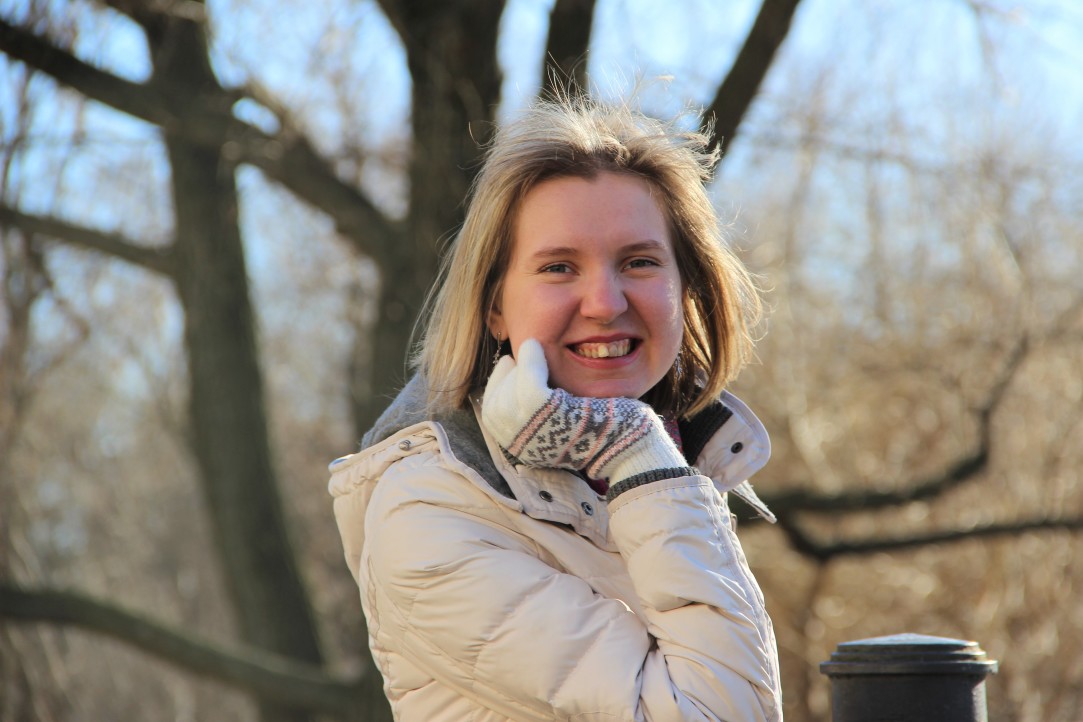 Ksenia Maksimovtsova is an Associate Professor at the Department of Political Science and International Relations since September 2020. After receiving both her BA and MA from St. Petersburg State University as a sociologist and political scientist student, she later went on to study her doctoral at the Justus-Liebig-University of Giessen in Germany. During this time, she was successful in obtaining a scholarship and attended many conferences focused on East European Studies and Language policies around North America and Europe.  The main topics of interests are language policy, methods of digital research, discursively constructed political conflicts and “war of sanctions” between Russia and the West. I had the opportunity to interview our new professor and ask some questions relating to her background and subjects she teachs at HSE University.

– You completed your PhD in Germany and were a teaching assistant there, what were the main challenges and opportunities there?

– Honestly, I never regret a second that I decided to do PhD in Germany. This country offers wonderful career and financial opportunities, generous scholarships, and travel grants in order to travel to the most important conferences in your field. In the current pandemic world, where we are living for almost a year, this is really a privilege. The Teaching Assistantship Program, which was launched at JLU Giessen, specifically focused on international PhD candidates and postdocs who wanted to get teaching experience at the university. Within the framework of this program, I taught two workshops related to different areas of my expertise: “Language Policy and Democratization in Contemporary Estonia, Latvia, and Ukraine” and “Sociological Approaches in the Study of Social Problems”. The main challenges of doing PhD in Germany were, of course, connected with the turbulent process of cultural integration and adaption in a foreign country, even though I had already come to Germany with a fairly high level of the language – С1. On the one hand, it helped me enormously since I love to speak German and used it everywhere. On the other hand, the main difficulties were connected with an understanding of the German life rules, which often seemed to be extremely strict but efficient. The academic path in Germany was another challenge since the country employs an interesting strategy: on the one hand, employing a large number of international specialists; on the other hand, the possibility of getting to the top of the academic “pyramid”, i.e., becoming a university professor, is turbulent and extremely competitive.

– Now you are an associated professor at HSE, what do you feel about the experience at HSE?

– The experience at HSE differs from my previous experience, but I really appreciate this opportunity to teach, publish, and work at the Department where there are many excellent instructors and researchers. As a postdoctoral researcher last year, I was involved in the international research project “Post-Imperial Diversities”, where I specifically focused on the period of the disintegration of the Soviet Union and how Ukraine managed to change the language policy landscape at that time. After that, I decided to try a more teaching-oriented track and became Associate Professor.

– You have issued a book titled “Language Conflicts in Contemporary Estonia, Latvia, and Ukraine. A Comparative Exploration of Discourses in Post-Soviet Russian-Language Digital Media” can you tell us a little about your book and what inspired you to write it?

– This book emerged out of my doctoral dissertation, which I successfully defended at JLU Giessen in May 2018. The book series, where I finally published my book, is called “Soviet and Post-Soviet Politics and Society”. This book series attracts many talented scholars in the field of post-Soviet studies, and I decided to try to become a part of this renowned series. But working on the manuscript was an extremely hard work. If I ever decide to write a second book, I will try to make it significantly shorter. My book is about how language-related issues, which had been extremely intensified after the collapse of the Soviet Union in 1991 in post-Soviet Estonia, Latvia, and Ukraine, were politicized and constructed as an urgent social problem in the discourses of popular Russian-language blogs and news websites in these three countries. So, I stayed on a more discursive level and did not question whether language conflicts really existed in these countries (previous research has already shown that language problems attract people’s and media attention in Ukraine and the Baltics). I tried to deconstruct the main argumentation patterns related to language use in Estonia, Latvia, and Ukraine, which were articulated in the digital media space. Then I even went further and wrote a new article where I specifically focused on the period following the Revolution of Dignity in Ukraine; I applied the theory of securitization to the analysis of the media debates and reached the conclusion that the situation in post-revolutionary Ukraine had been dramatically changed. Instead of wide-spread claims about the “neglection” of the Russian language, the arguments which constructed the “existential threat” to the Ukrainian language were disseminated by Ukrainian digital media and supported by many bloggers and online commentators, regardless of whether they considered themselves as “Ukrainians” or “Russian-speakers”.

– Can you tell us a little bit about the bachelor courses you teach, specifically Language Policy in a Comparative Perspective? What advantages could a student have by taking this class?

– I teach two courses at the bachelor level — “International Political Economy” and “Language Policy in a Comparative Perspective”. The second course, of course, lies exactly in the area of my expertise and is offered for the first time at our department. During the classes, we discuss theoretical approaches to language policy and planning (LPP), main methods in LPP research. We also touch upon particularly important topics of the interconnection between ethnicity/nationalism and language and legal instruments of the protection of ethnic and linguistic minorities’ rights. I want students to broaden their horizons and analyze language-related conflicts and complicated ethnonational and linguistic compositions in different regions by applying knowledge of the main theoretical and methodological assumptions of LPP research. The course has a very interdisciplinary character and stresses across sociolinguistics, political science, sociology, media studies, etc., which I consider to be an advantage of this course.

– You also teach the project Seminar for 2nd year students of our MA Programme, and can you tell us about this course as well? What is the specific?

– Yes, I teach this course to 2nd year MA students and design it in such a way so that students can get hands-on information on how project management works. I also provide additional information on different career, internships, and fellowship opportunities that may be extremely relevant for future graduates. Through various case studies, students are introduced to the most important aspects of project management. By working in small groups, they are supposed to learn how to write a good project proposal, how to get funding for that, and what criteria should be met. So, this course is designed to be very practical.

– How do you think is the best way these countries such as Estonia, Latvia and Ukraine can avoid language conflicts for Russia, will we see resolution in the near future?

– What we now observe in Ukraine, especially after the adoption of the law “On ensuring of the functioning of Ukrainian language as the state language” in April 2019, Ukrainian policymakers started to follow more a “Baltic” path of language policy, which focused on decreasing the role of the Russian language in all domains of public life. I do not want to judge their policies because language situations in all three countries are pretty complicated. On the one hand, I can understand why policymakers invest so much effort in making Ukrainian, Estonian, and Latvian the main languages in these countries; these languages are an important marker of their political and national identities. In the case of Ukraine, it is especially relevant since the Ukrainian language is understood as the symbol of Ukraine’s unity. On the other hand, the situation in these countries is aggravated by the existence of sizable minority groups, not only Russian speakers, but also Hungarians, Romanians (in Ukraine), which makes the implementation of monolingual language policies in polyethnic states a real problem. One of the excellent examples that can guide these three countries in Europe is Finland, the country that successfully employs bilingual language policy and has a tolerant attitude towards different minority groups.

– Lastly, what advice could you make for our students who are interested in this area of studies?

– This area of studies requires some sort of curiosity and readiness to look behind the texts and what is said and implemented. I am always inspired to study why language can become a sort of conflict and what factors influence the choice of a particular language policy model. Therefore, I can only advise students to be curious in a good sense of this word, open, flexible, and ready to dive in this interesting field of studies.