Maria Krasilova reports on her participation in the Fund's Workshop and excelling in the scholarship competition. 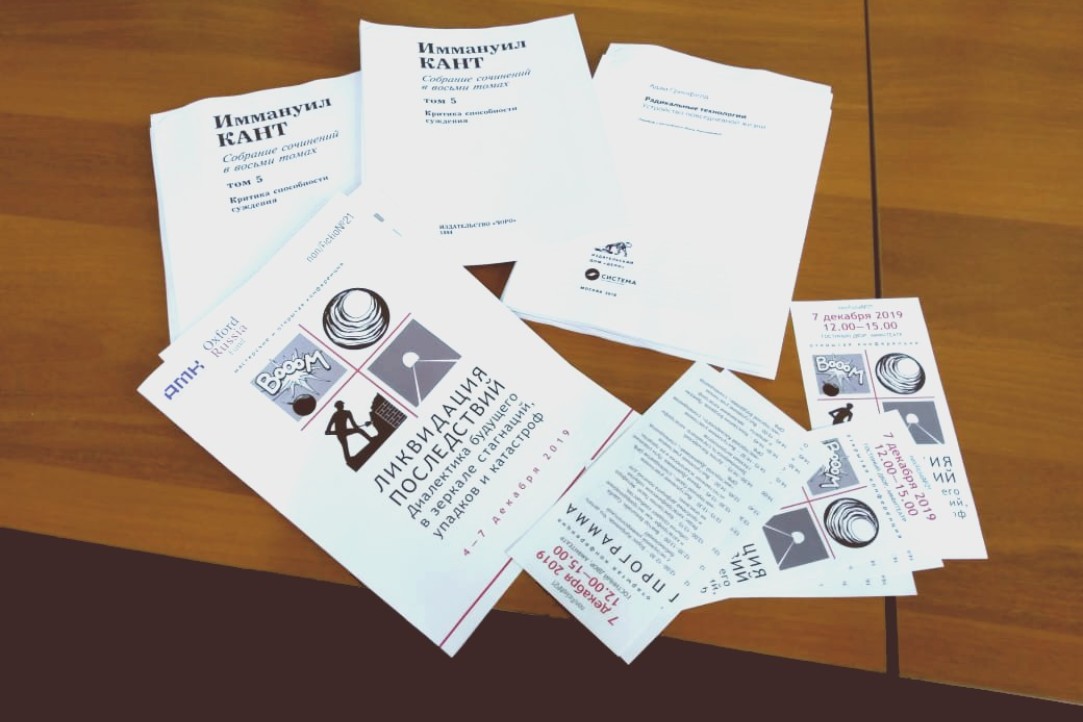 First-year student of the Master program “Business and Politics in Modern Asia” Maria Krasilova became a grant holder at the Oxford Russia Fund and took part in the scientific and educational workshop “Elimination of Consequences. Dialectics of the future in the mirror of stagnation, decline and accidents”, organized by the Fund. Maria reported about her participation in the event:

“Almost all 3 days long, the participants were immersed in an atmosphere of interesting lectures and discussions with speakers competent in sociology, anthropology, and philosophy. At first, everybody considered that everything would be in the form of ordinary lectures: students will listen and write something, and then when it is over we will go back home received another portion of new knowledge. However, what I am truly grateful to this workshop for is the opportunity to speak and be heard. Our supervisors, despite their wide experience, allowed us to argue with Kant and discuss global issues from various angles, even the most controversial ones. In addition, for me personally it gave a different understanding of what scientific work is, or rather, scientific research.

The most memorable for me were the lectures of Artyom Kosmarski, Konstantin Gaaze and Viktor Vakhshtayn. They considered many modern disasters from a more interesting, philosophical level, from which not everyone will concern such issues. This is important though, since scientific work supposes non-standard thinking, not a simple factexplanation. Time flew very fast, and the day was scheduled incredibly tightly.

In the end, in the framework of the International Fair for Hiqh-quality Fiction and Non-/fictio№21 an open conferencewas held, after which took place a closing ceremony, where everyone was awarded certificates. It was incredibly sad to say goodbye to some of the participants and people I met, as well as to the indescribable atmosphere that prevailed in these workshops.

I would like to express special gratitude to my university, the Higher School of Economics of St. Petersburg, which cooperates with this Fund and gives students the opportunity to participate in such events, as well as win a scholarship.