New Wave of Revolutions in the MENA Region. A Comparative Perspective

Edited by: A. Korotayev, L. Issaev.

Book chapter
Roots of New Wave of Protests in Jordan 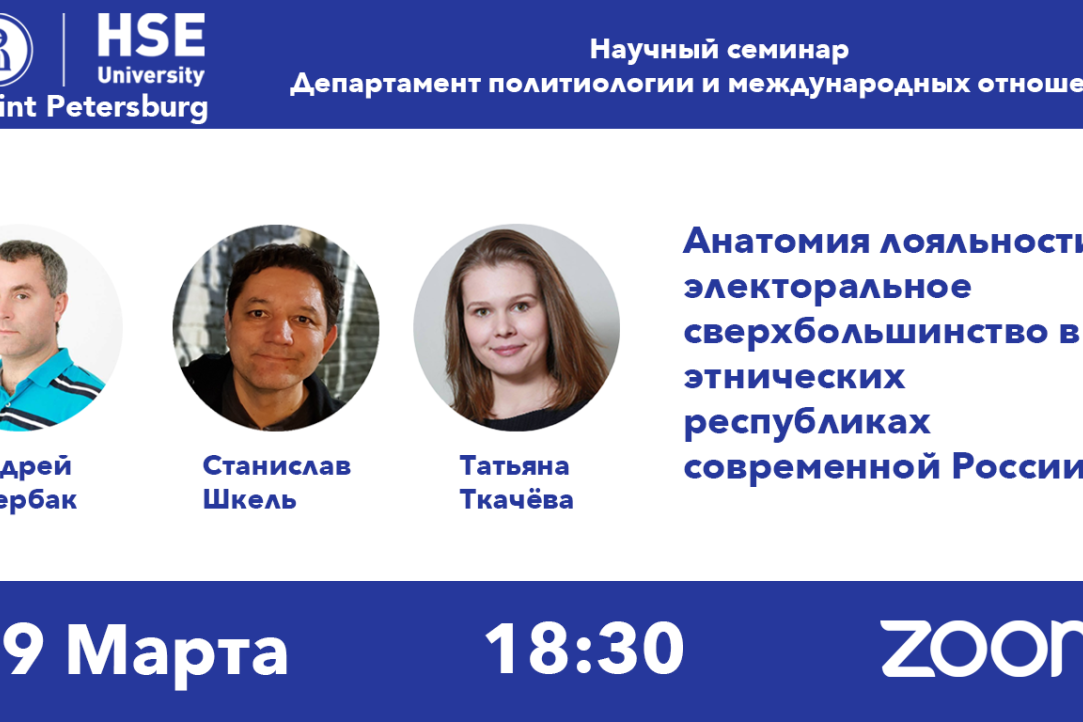 We are pleased to invite you to the Department of Political Science and International Relations Research Seminar, which will be held on Friday,  April 9, 2021 at 6.30 pm (MSK) .


Title:  Anatomy of loyalty: electoral super-majority in the ethnic republics of contemporary Russia

Ethnic republics in Russia invariably demonstrate higher electoral support for the incumbents than the average for Russia. At the seminar, speakers will present the results of a study on the nature of political loyalty in Russian regions. Unlike most previous studies, the authors test existing theories on the basis of opinion polls data, rather than official electoral statistics. This makes it possible to include in the analysis the ethnic characteristics of voters at the individual, rather than regional or local levels. The statistical analysis is complemented by the study of qualitative data in the form of expert interviews and materials from three focus groups conducted in the villages of Bashkortostan and Tatarstan. According to the results, the political loyalty of the Russian republics is determined not by cultural specifics, but by the nature of the settlement structure. Ethnic republics include a relatively high proportion of the agrarian population, a significant part of which is represented by ethnic minorities. This overlap of ethnic and rural segments determines the reproduction of the electoral super-majority. The study also made it possible to clarify the role of the ethnic factor in contemporary electoral processes, which also affects the reproduction of political loyalty not only to the heads of the republics, but also to non-ethnic federal political actors. However, its influence is also determined rather by the political and institutional characteristics of the ethnic republics than by the cultural features of the titular ethnic groups.

Seminar will be online via Zoom.

March 27, 2021
Keywords
Invitation to participate
About
Department of Political Science and International Affairs