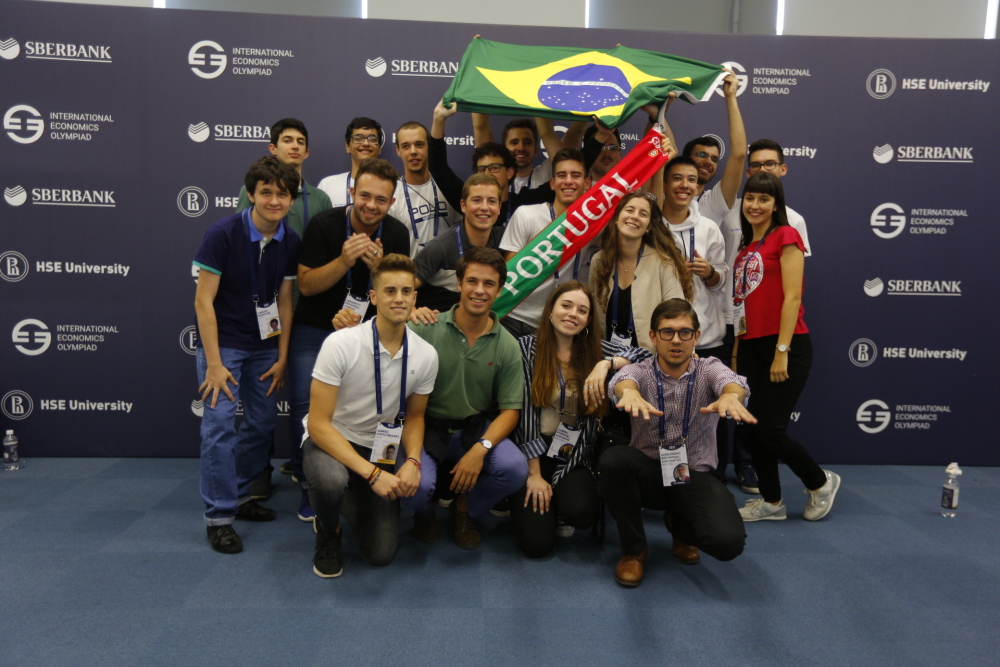 On July 24, the second annual International Economics Olympiad (IEO) for high school students kicked off at HSE University in St. Petersburg. The competition is organized by HSE University with the support of Sberbank. Students from 24 countries will compete over the course of a week. The winners will be able to enroll in any HSE Economics programme in 2020 with a full tuition scholarship.

By organizing such a competition, HSE is starting an important tradition, says Yaroslav Kuzminov, HSE University Rector. He recalled that international school Olympiads first appeared in the 1950s. By 2018, intellectual competitions had been held in eleven subjects, but economics was not among them. HSE University has rectified this omission. ‘The international nature of the Olympiad shows that economics is in demand all over the world. Residents, businessmen and the elite of all countries have a vested interest in it,’ said Yaroslav Kuzminov. ‘The best of the best have gathered in St. Petersburg. You can be proud of the very fact that you are participating in this competition, thanks to which a new economic and intellectual elite is being formed.’

Acting Governor of St. Petersburg Alexander Beglov, who attended the opening ceremony of the Olympiad, emphasized that the standard of living of the entire population directly depends on the knowledge and competencies of economists. He therefore invited the Olympiad participants to come to St. Petersburg to study: ‘St. Petersburg is a student capital – for students who are bold, ambitious, and intelligent,’ he said. The governor expressed confidence that the knowledge gained during the preparation for the Olympiad would make its participants the most sought-after specialists in all countries of the world.

Sergey Kadochnikov, Director of HSE University – St. Petersburg, noted that the number of participants doubled this year, with all continents now being represented: ‘St. Petersburg is a city that was created for communication between Russia and Europe, as well as the whole world. So, it’s not surprising that prominent economists gather here regularly to discuss the current situation and respond to pressing challenges. Today, in this room, we see the most talented students of the planet. They will have to tackle the tasks that were recently formulated at the St. Petersburg International Economic Forum and a number of other meetings that bring together government representatives and business leaders from different countries.’

Eric Maskin, chairman of the Board of Trustees of the Olympiad, Professor at Harvard University, and Nobel Prize winner in economics in 2007, said: ‘I don’t actually agree with everything Karl Marx said, but I do share his conviction that economics is the foundation of society. I believe that economics is the most important of all sciences because it helps us to understand how society works. But it is not only an important subject, it’s also a fascinating subject. I hope that this Olympiad will help convince you that economics is one of the most interesting and profound subjects that you can study.’

At the opening ceremony, Eric Maskin delivered a lecture entitled, ‘Introduction to the Theory of Mechanism Design’. Later, as part of the Olympiad, Igor Baranov, Vice-Rector of Sberbank Corporate University, along with Sergey Kokovin, Head of the Centre of Markets and Spatial Economics at HSE - St. Petersburg, and Alexis V. Belianin, Associate Professor at ICEF HSE and Head of the Laboratory of Experimental and Behavioral Economics will also give lectures.

The oath on behalf of the Olympiad participants, team leaders and members of the jury was delivered by Ayganym Daupbaeva (Kazakhstan), IEO-2018 gold medalist; Jacob Samuel, Founder of the New Zealand Economics Olympiad, and Andrei Bremzen, NES Professor. 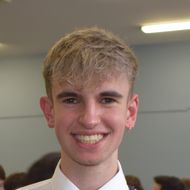 I expect to get a lot of great experience from the Olympiad―interact with people from different countries and cultures and get to know professionals from economics. So far, I have found Russia and the amazing city of Saint Petersburg to be fascinating, and if it happens that I win the Olympiad, I would love to study here. 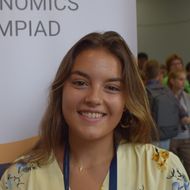 My school teacher inspired me to study economics, and I have been studying economics for two years so far, but in the future, I would like to study marketing. I expect to learn more about economics—that is why I’m here. I am also very interested to meet the other contestants. As for me, the most complicated tasks will be the economics ones―you need to show in-depth knowledge and understanding. At the same time, I expect that the cases will very fun, and a bit easier. 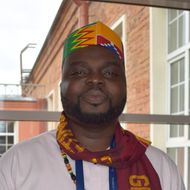 Studying economics helps us understand how the world and society work. I think that that most of the students here want to be economists in the future. I am sure this experience will only reinforce the importance of pursuing economics in the future. We chose the best high school students and prepared them for the competition. HSE is one of the top universities in the world, and I hope the winners will be from Ghana. 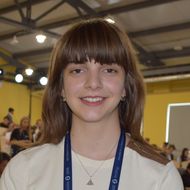 Initially, I started reading philosophy, and this led me to different perspectives of political thought. Finally, from political thought I went to economics. I expect that this Olympiad will be an eye-opening experience, and that the tasks will bring attention to certain issues that we are facing today. I also hope it will be a stimulating environment for us to think globally and share our perspectives as the future generation. 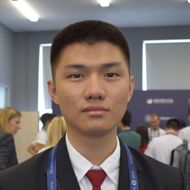 I became interested in economics because it allows me to learn many other things―from social sciences to mathematics. In this sense, economics is not just about economics. I think that economists can bring prosperity to our societies. Thanks to economists, we are able to formulate proper policy. There is a major in Islamic Finance at the University of Indonesia which I would like to study in the future. I did prepare for the Olympiad―I studied finance and economics, solved cases from McKensey and SAP―so I think I can manage the tasks. 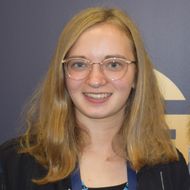 Although I am not sure whether I want to be an economist in the future, I think that economics can help with a lot of things. It is a kind of fundamental area, and there are many problems that it helps to solve. I think that for me the most challenging task of the Olympiad will be the economic part with open questions where you have to analyse a problem and present a solution. 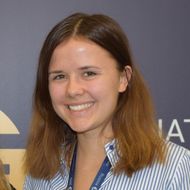 Economics is not my major. However, after studying this subject for three years already, I like how subjective it is (in comparison to natural sciences for example). I agree that the economic part is the most challenging, while the group work part where you need to make a presentation will be the most exciting. It teaches you to work in teams and rely on other people.

The first International Economics Olympiad took place in 2018 in Moscow. Teams from 13 countries participated in the competition. This year the number of participating countries has grown considerably. 29 teams from 24 countries, including Australia, Brazil, China, Kazakhstan, India, Spain, New Zealand, South Korea, the USA, and others, have arrived in St. Petersburg for the event. Before arriving, many of the team members won national competitions in economics and financial literacy in their home countries. 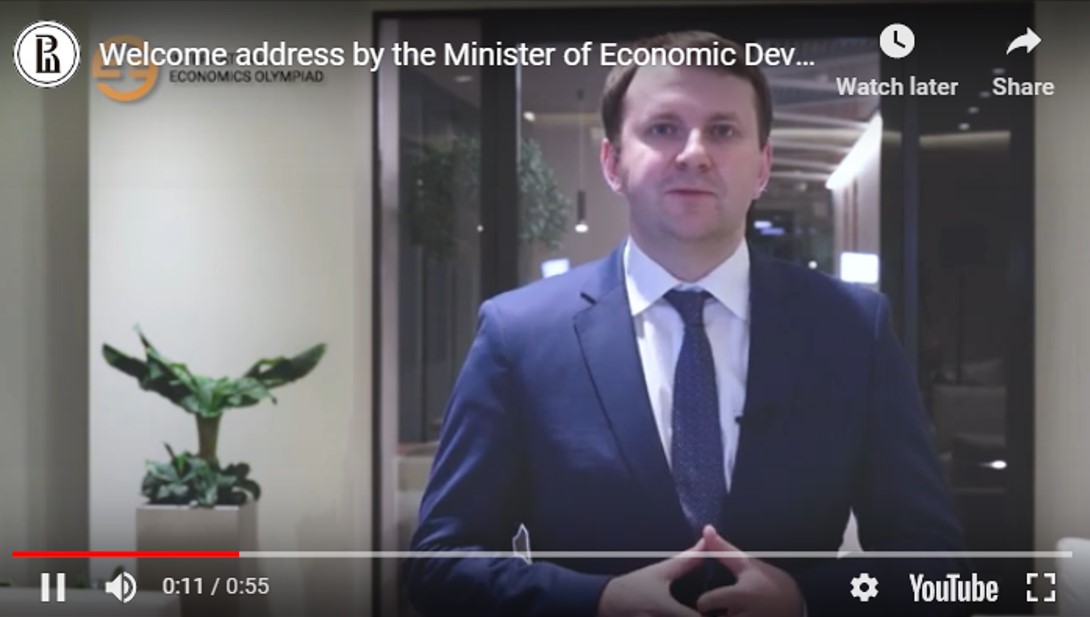