The article “Politics of Open Data in Russia: Regional and Municipal Perspectives”,  co-authored by our colleague from the Department of Political Science Yury Kabanov, was published in the « E-Democracy for Smart Cities» chapter of the Springer Journal this May.

The volume is a part of the series Advances in 21st Century Human Settlements, which focuses on the entire spectrum of human settlements in different regions and tackles questions related to the emerging realities of the world we live in.

The joint work of Yury Kabanov, Mikhail Karyagin and Viacheslav Romanov is devoted to the development of open government data (OGD) policy in Russia, its regions and cities. Open Data, i.e. the government data that are free and publicly available in machine-readable datasets, are now considered a fuel for economic growth and democratic development. But it’s not always the case. To become a valuable development tool, Open Data need an elaborate governmental policy. Politics matters as well, since the question of opening the data is the issue of resources, power and control allocation between the politicians, the bureaucracy and the citizens. This makes the Politics of Open Data a particularly interesting and complex area of study.

In the article “Politics of Open Data in Russia: Regional and Municipal Perspectives”,  the authors explore how Russian politics influences the Open Data policy. The Regions and municipalities of Russia present a variety of policy outcomes, and, being extremely diverse, allows drawing findings from the comparative perspective. To study the cases, Kabanov, Karyagin and Romanov employ several research techniques including quantitative analysis, interviews with public officials and websites’ monitoring.

The results suggest that it’s really hard to discern any single trends of the Open Data development. On the one hand, the regions and cities are connected to the national policy dynamics: if the salience of the issue is fading away in the national agenda, the efforts of regional and municipal governments are declining. At the same time, several cases are quite autonomous, representing “pockets” of the effective Open Data implementation. The quantitative analysis has revealed that the policy performance is higher in regions with relatively effective bureaucracy, higher technological, urban and human development, and those with successful e-government implementation.

Yury Kabanov
Lecturer at the Department of Political Science

However, Kabanov points out that the case studies suggest moving away from correlations into a deeper analysis of officials’ attitude in relation to political leadership: “It has turned out that the key to understanding the Open Data policies’ success or failure is the outcome of the dilemma between scarce resources and employees’ motivation and competence. In some regions, like Tula, willingness to innovate and professionalism are enhanced by the political will, while in some other cases (like Dagestan) there are no actors interested in the policy. Also, there are medium cases (Ivanovo, Bryansk), where lack of resources is compensated by enthusiasm of the public officials.”

Finally, the authors outline two problems, which seem common to all regions and the country in general. The first one it is an almost total lack of public involvement in policy formulation and data release. In this sense, the absence of public demand usually turns the process simply into a routine of meeting federal requirements. Secondly, at the moment, Open Data have little impact on public policy making: although the data activism is growing in Russia, its influence on politics remains low. Thus, it will be interesting to follow how this area will develop in the future. 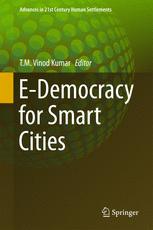 The full article can be accessed here.