Opening the German Section of the Richard Stites' Memorial Library

On January 25 the opening ceremony of the German section of the Richard Stites memorial library was held at HSE St. Petersburg. With the Deutsche Forshungsgemeinschaft (DFG) support and help from Department of History Associate Professor Dietmar Wulff more than 150 new books were added to the library’s collection. In addition to classic editions of modern German historiography and fundamental works on all areas of history, the German collection is in line with the History Department’s main research directions, such as the history of empire and nationalism, and technological and environmental history. 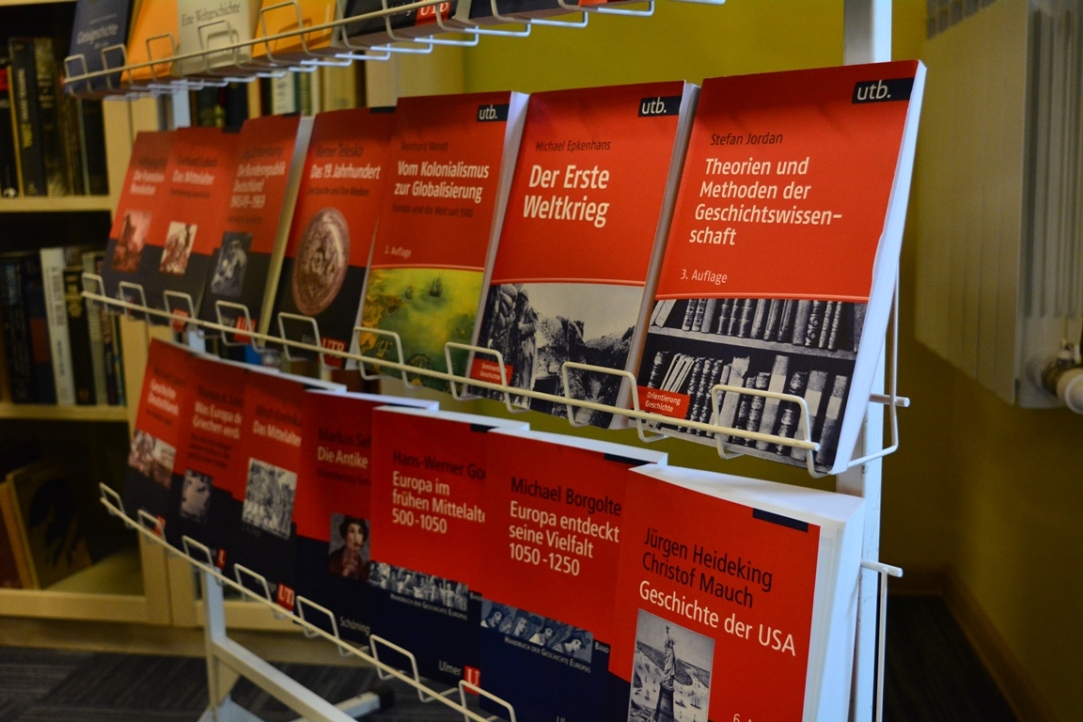 In her speech, Wilma Rethage noted that the event held great symbolic meaning and was a tribute to a tradition dating back to 1949, when one of DFG’s first initiatives was the dissemination of German scientific literature among libraries worldwide. The director of DFG’s Moscow office said that this gift emphasizes the top match status of the HSE School of Social Sciences and Humanities in St. Petersburg. Wilma Rethage also expressed the hope that there will be further cooperation between DFG and the HSE St. Petersburg. She said the gift is somewhat philosophical, forcing academics to ponder how their own work generates new scientific knowledge and how it impacts society. This topic opens up possibilities for further development of the social sciences and humanities in Russia, Germany, and worldwide.

Chair of the Department of History, Alexander Semyonov noted that the library is named after the American historian Richard Stites not just because he pioneered the comparative approach to the gender issue in pre-revolutionary Russia and Soviet history, but also because researchers from St. Petersburg History Department are developing research areas in comparative and transnational history.

The Department of History thanks its partners from DFG and anticipates further co-operation with German universities in order to expand the Memorial Library’s collection.

The catalogue of the German part of the Richard Stites Memorial Library can be found here.