On September, 8th the HSE St Petersburg’s History Department opened a new Summer School on “The Topography of Imperial Power: the Political Space of St. Petersburg”. 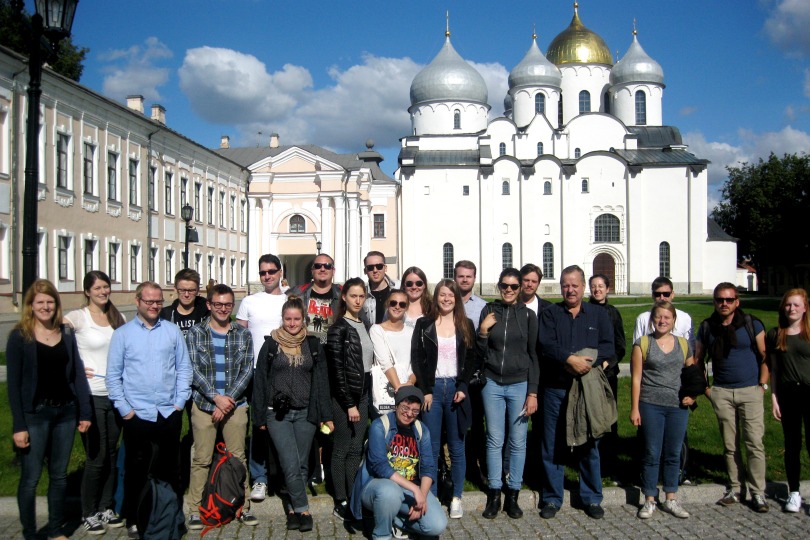 22 students of social sciences and humanities’ from 17 German universities are taking part in the School. The programme includes Russian language courses, specialized excursions, as well as lectures and seminars with leading historians in the department. The School is a combination of indoor and outdoor lectures and seminars.

The first week covered the introductory part of the course on the topography of imperial power in the capital of the Russian Empire in the late XIX - early XX centuries. The German students have already learnt the Russian alphabet, been introduced to the city on the banks of the Neva, had a tour of the Peter and Paul Fortress and visited Veliky Novgorod, Novgorod the Great. They have also had several meetings with HSE St. Petersburg students.

The Summer School was made possible thanks to the strategic partnership developed between the Department of History at the Higher School of Economics in St. Petersburg and the German Academic Exchange Service (DAAD), which began with the establishment of a long-term position of Associate Professor of DAAD at the department in 2014.