Lecture of Professor of Political Science, Tulane University, Raymond Taras
February, 11, 2014 at 16.00 Saint-Petersburg, Promyshlennaya st., 14 A
The lecture will become a part of International Week of HSE – St.Petersburg and Winter School for Prospective Students. 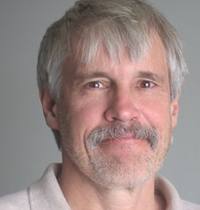 Images have power and power makes extensive use of imagery. Great powers construct images of each other sometimes as adversary, sometimes as ally, and occasionally as neither. Negative stereotyping of a rival nation has payoffs, especially in an electoral democracy. This paper argues that after the cold war, not ideology or the strategic military balance but identity, based on mutual state images and reciprocal perceptions, has become the key factor explaining international politics. It examines whether reciprocal negative images have generated tensions in Russian-Western relations in the 21st century, making the ‘balance of threat’ a more influential theory than the ‘balance of power’?
Date
29 January  2014
Topics
On Campus
Keywords
HSE guestsinternational relations
About
HSE Campus in St. Petersburg