Our prospective students ask about opportunity to learn intenrational relations in the programme "Comparative Politics of Eurasia". Professor Irina Busygina, one of the best experts in international reltions in Russia, tells about study track "Relations between Russia and European Union" in our programme. 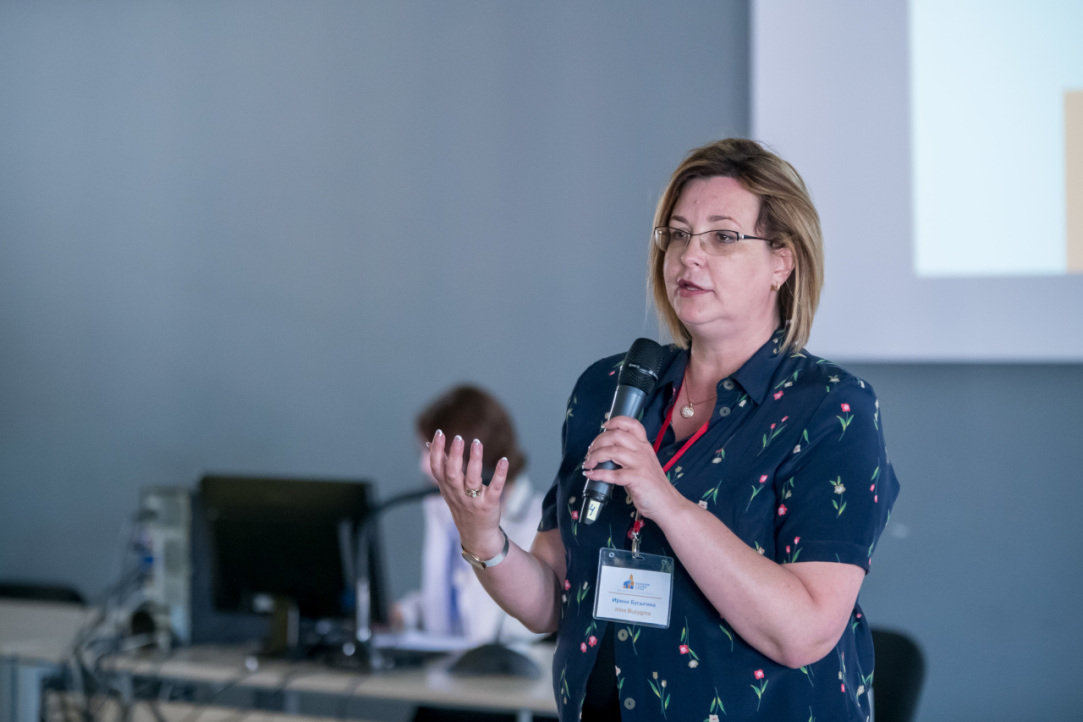 Could you explain the particularity of the track "the relation between Russia and the European Union? Are there any aspects that are stressed during the programme?

This track makes it possible for us to see the particularities in a political system, which could be learned in the context of the important relation between Russia and the European Union. It is a particular sub-system in international relations that definitely links to the study's primary focus (international relations). It is an essential and interesting sub-system where there is a large state, one of the centers of power - the Russian Federation - that does not interact with a particular country despite its importance.

Because of the layers and complexity, creating and maintaining stable relationships and new institutions will be a more difficult task. It is due to our political system that there is a clear tendency to be complicated. Therefore, the sub-system's study about the relation between Russia and the European Union makes it possible for us to comprehend those difficulties. In a sense, this programme track could be useful in the future, knowing that we will discuss complicated issues that would shape the world later on.

In an interview, Dr. Oleg Korneev said that this class program is based on comparative politics. How does it affect the track "the relation between Russia and the European Union"?

What is comparative politics? The comparative method is one of our basic political science methods, and of course, when we are talking about the track "The relation between Russia and the European Union," we will actively use comparison. We will also use cross-region and time comparison. As we watch this system of relationships that began to develop in the 1990s go through different periods, we can compare many elements of these relationships with each other.

Comparison is definitely a promising method. However, I would say that our class's particularity is that it is aimed to know more about its comparison and uniqueness. There are many unique things and comparative aspects that are unavoidable.

What kind of subjects will the students learn in the track?

There are basically two subjects in this track: "Russia in World Politics" and "Relations between Russia and the European Union." Besides that, some problems related to the European Union's international policy towards former Soviet Union states will be explained in the class "Central Asian countries in regional and international organizations" and " Politics and Society in the South Caucasus." The students in this track will be offered to participate in a student exchange program with cooperative universities in European Union countries, and two students will get the opportunity to pursue a double degree study program at Trento University in Italy.

Is it necessary for the students in this track to have specific knowledge about the subjects? And is it obligatory that the students have a political science or international relations diploma?

In principle, no. No specific knowledge is required. However, the students who will join this track should be interested in the program of this class. They do not need to prepare themselves to study the material before they start learning here. I hope that the decision of wanting to study here is serious without any outside forces. It could help the students to make the right decision by themselves.

Yes, they can. However, if you ask me whether it is guaranteed that there will be an internship opportunity or not, I will say that it is difficult. If the students study well, are proactive during the lesson, know how to behave in the class, and actively engage in communicating with the lecturers and other students, then the chance that they will get that opportunity will be exponentially higher.

Of course, the internship should not only be done in enterprises that are based in countries within the European Union. It could also be done in research organizations located in European Union countries or in Russia, focused on the relationship between both parties. Yes, it could somehow happen; however it does not happen automatically without the students' efforts. An internship in this track is obligatory for each student, and the university will provide that internship opportunity.

What is expected as a result? After the students graduate from this track, where can they work?

I think that it is the main question, yet the most challenging question to answer. If the students make a rational decision to take part in the track, they would say that they are interested in this research area. However, it is actually the first consideration about why you should take part in the track and the second one is where you will work after you finish this track?

In my opinion, this track would give you a broader opportunity because the first goal is that Russia is striving to make its way to the eastern part of the world, so I think it is not possible to do so in the coming years. Of course, we are studying the Chinese language now. We are also doing our business with eastern countries and are creating a big Eurasian space to better relate to eastern countries. However, from my standpoint, the European Union is our closest neighbor. Let us learn in Saint Petersburg which has a strong European element inside. Anyway, we should first know our neighbors, we ideally still like them, and it will always be like that.

There are many organizations where graduated students can work. These are practice-oriented and project-oriented organizations that operate in the civil society sector, business fields, and organizations focused on youth policy projects – they are all possible.

After you graduate from this track, you will understand how to engage in communication with the partners from European Union countries in the field you will choose. You can go to into business or legal institutions, the Higher School of Economics. Because HSE has not a lot of specialists, experts, and good analysts on EU issues.

Of course, there are many analysts in particular EU countries. Still, regarding the questions of what Russia needs from the European Union, what we can expect, how we can interact, and how to understand an extremely specific, non-trivial system - this is what we often do not know. The graduates can get into this understanding, which is a crucial policy area for Russia in the first place, and it would benefit the common good. So, the possibility is extensive.

Are you have any wishes for our next students who will choose between three tracks for the magister program?

Something that I would like to say sounds very romantic; however, I will still say it. You know that I love Europe very much. German is the first language that I mastered. I love Germany, and for me, Germany is the core of Europe and is a form of diversity in Europe. I do not intend to say that our next students in this trackmust love Russian politics in Europe, but I think it would be fun (to study), and it would also be amazing if the students who take part in this class could show me their sincere interest in studying the materials given in the class. I would love to have students like that.

Interview is prepared by Alina Savichenko