Aleksei Maslov: ‘Asia is Changing Extremely Quickly, and So Our Views on the East Must Change Accordingly’

Professor Aleksey A. Maslov, a well-known sinologist and director of the Institute for Far Eastern Studies of the Russian Academy of Sciences, heads the Academic Council of the master’s programme ‘Business and Politics in Modern Asia’. He is directly involved in the formation of the concept of the program and its development. We asked Alexey Maslovabout modern oriental studies and the prospects for graduates in this sphere. 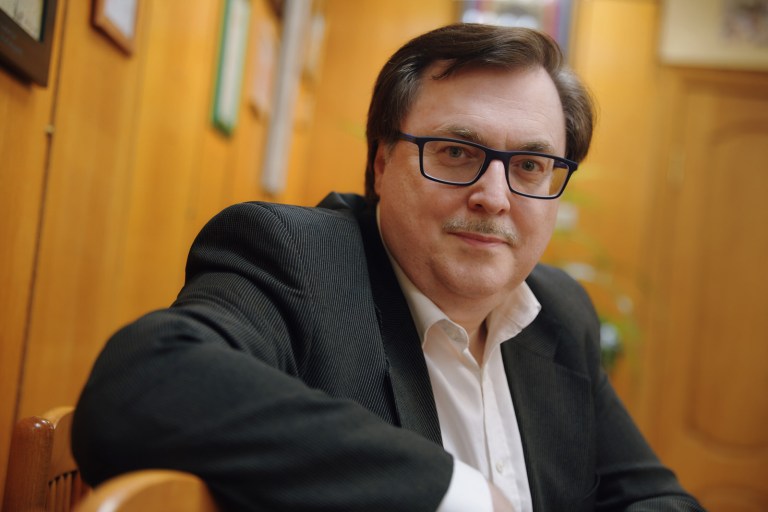 –Professor Maslov, you have been studying China and Asian countries for a long time, so what events were the key ones for these countries in the 21st century?

– The 21st century has only begun recently, so the key events that I will speak about, mostly, happened in the 20th century, and then slowly spread into the 21st century. The most important one, of course, is the change of China’s position as a global power. Although this change had started a long time ago, in reality, this entry of China into the ranks of the leading countries in terms of economics and technology brings about a massive change in the world structure. Currently, there is “One Belt, One Road” initiative, which also inspires some completely new ideas about the way we see the world.

The second very important thing in Asia is the restoration of the Russia’s positions in the Asian markets. Russia, in general, tries to become one of the most important players in Asia. This venture is not always successful, because Russia faces some setback due to the difficulties it was left with after the 1990s. However, Russia restores connections not only with China, but also with the Southeast Asian countries. Russia proposes the idea of the common Eurasian space, from which such countries as Vietnam, Singapore and others could benefit from. In addition, Russia tries to reestablish its connections with the Middle East. So, Russia is returning as an important player in the Asian markets.

The third key event is the attempt of the USA to change the status quo in Asia by strongly competing against China. In reality, it is, of course, an attempt to challenge the existing globalization concept, and to create the new globalization model without China. Here we see, that before there was a rivalry between the USSR and the USA, a rivalry between the Western nations, where Asian countries were left on a periphery, now there is an attack on China, and on the rise of the East. All of this actually accelerates time, so that the processes which took a long time to develop in the past, now happens quickly. As such, new ideas about how to prepare new specialists, new students, who will work with Asia, are needed.

– Speaking about the modern Oriental studies, which questions are the most important as of now?

– Asia changes extremely quickly, and so our views on the East must change accordingly. We must not reject older schools and abolish studying classical history, literature, philology. Yet we have to understand, that today another type of Oriental studies specialist is needed.

We have to put more emphasis on studying modern processes, not some abstract ones, like geopolitics and geoeconomics, but financial and political elites in the Asian countries, various clans and other types of connections that exist there. We need to study in depth social changes, including changes in psychology and culture: starting from cinematography and TV, to the new concepts of heroes and role models. We need to start new courses, dedicated to business and entrepreneurship – however we oftentimes teach the courses dedicated to economy. We have to understand, that we need to prepare specialists, who could solve real, practical problems in Asia. Besides that, we need to change our approach to working with information. If before it was enough for a researcher to find one Asian source, translate it into Russian and then live off of it for the rest of his\her life, now it simply isn’t enough.

We need to know how to work with the big databases, with cloud storages; we need to learn to analyze data using parsing methods (through gathering information using the computer). Today many new discoveries in the Oriental studies come not only from the minds of researchers, but also through using Excel tables, for example. Last but not least, if before Oriental studies were divided by the country-region principle – for example, some people studied China, some studied Japan, some – Korea, nowadays, many processes have become transnational, transborder. In this sense, the renovation of studying in the areas of transborder, transcultural, transeconomic relations, the educational renovation, in my opinion, is the most important thing.

That is exactly why we see many similar programs in the USA and Europe constantly changing. Russia lags behind here, since our approach is more conservative in its nature. And that is where I see a perspective for development – to change programs dynamically, in accordance to the dynamic changes, which take place in Asia.

– What are the career opportunities for our graduates in Oriental studies? Are they in demand on the modern job market?

– Students of the Institute of Asian and African Countries at Lomonosov Moscow State University have done an interesting research, which showed some paradoxes – first of all, almost 65% of the Oriental studies graduates, who studied classical Oriental studies, think, that they lack knowledge to work with the East, and so they can’t find a job. Simultaneously – that is the paradox – the Oriental studies specialists are in high demand on the job market right now. So, there is a problem of incompatibility between what is being taught in the universities, and what does real, modern life demand. And we aren’t talking only about businesses and entrepreneurships, but about the newer methods of museum research, about the newer methods of chronological dating of the artifacts of Eastern art etc.

That is why I think, that today almost all of the spheres feel a lack of the proper Oriental studies specialists: from big companies to analytical centers; from international connections, to our diplomatic agencies. The most important thing here, is that if Oriental studies won’t supply the properly trained specialists, these lacking places will be filled with people, who, sadly, don’t have any professional training. They might be professionals in economics, politics, or business, but without knowing the specifics of working with the East, they won’t be able to answer to the demand from society. Because of that, from my perspective, Oriental studies always was and always will be one of the most promising, career-wise, field of studies. In addition to that, we forget one more thing – Oriental studies give a person a completely new outlook on life. It allows us to view cultural development differently, it shows us a different path of development of cultures, a different path of development of civilizations. It is not a coincidence, that many Oriental studies specialists, even if they aren’t working with the East, become prominent political figures, famous writers etc. – because even if Oriental studies specialists are rare, the outlook that their minds have is wide. So, Oriental studies can even expand your mind.

– You are a Chair of the Academic Council of Master’s programme ‘Business and Politics in Modern Asia’. How do you think, what are the advantages of this Master’s degree programme?

– First of all, I am sure that this program is one of the most modern and in-demand ones on the Russian market. Second of all, this programme was designed specifically for the two types of people: the first type is people who will work in the area of the political and economic cooperation with Asia, and the second type is people who will work in analyzing the East, no matter where exactly, be it private businesses or governmental corporations. We are giving the students the skills, which are applicable today. Unfortunately, nowadays many other Oriental studies programmes in Russia have this problem where the name and the substance of a programme don’t match. Only after studying for a long time, students realize, that what they are studying is not the East that exists in the reality. The courses that are taught on our programme were meticulously selected, and what is the most important in my opinion, they are taught by the people, who have a professional understanding of their respective fields of studies.

The third important thing, which makes me think, that our program is one of the most strong and promising, is that, at its core, this is an “open-minded” programme. From its conception, it was aimed at establishing cooperation between the multitude of partners on the West and the East: for example, China, Malaysia, Indonesia on the one hand, and Italy, the Great Britain and Germany on the other. This is very important, as, in my opinion, self-isolation of the Oriental studies is one of the worst things that could happen. Our programme overcomes this problem. I think, that this type of a programme like ours this type of program can be a strong example for the rest of Russia what oriental studies should be.

– Recently, your book “Battle on the Satin Sheets. Sacredness, Eros and Flesh in China” was released. What inspired you to write this book?

– I was always interested in a different perspective on the body, on its sacredness, on the pudency, that exists in Europe and in China. In China, body is not a problem – while in Christian culture it is a problem, body must be suppressed, and even better, get ridden of. However, in China body is merely a method of the self-education. And in my book, I describe sacred eroticism, that is, the methods of enlightenment through the control of said body. It is very important, in my opinion, to understand, that this is an important layer of the Chinese culture, which, for the longest time, was discussed in the European literature with an air of scabrousness. The most important, however, was forgotten – the Chinese have learned to not be ashamed of their bodies, they have learned to admire it, they have learned to use it. The methods of enlightenment can be different, and they don’t only include meditations or religious movements, but they could also include pleasures and joys, which, in a sense, akin to many Early Greek ideas. As such, this book shows, that there is another point of view on this subject. That why I recommend it – not only because I spent a long time writing it, but because it might open up a completely new outlook on culture.