From the Navy to an Academic Career: Professor Sergei Sevastianov 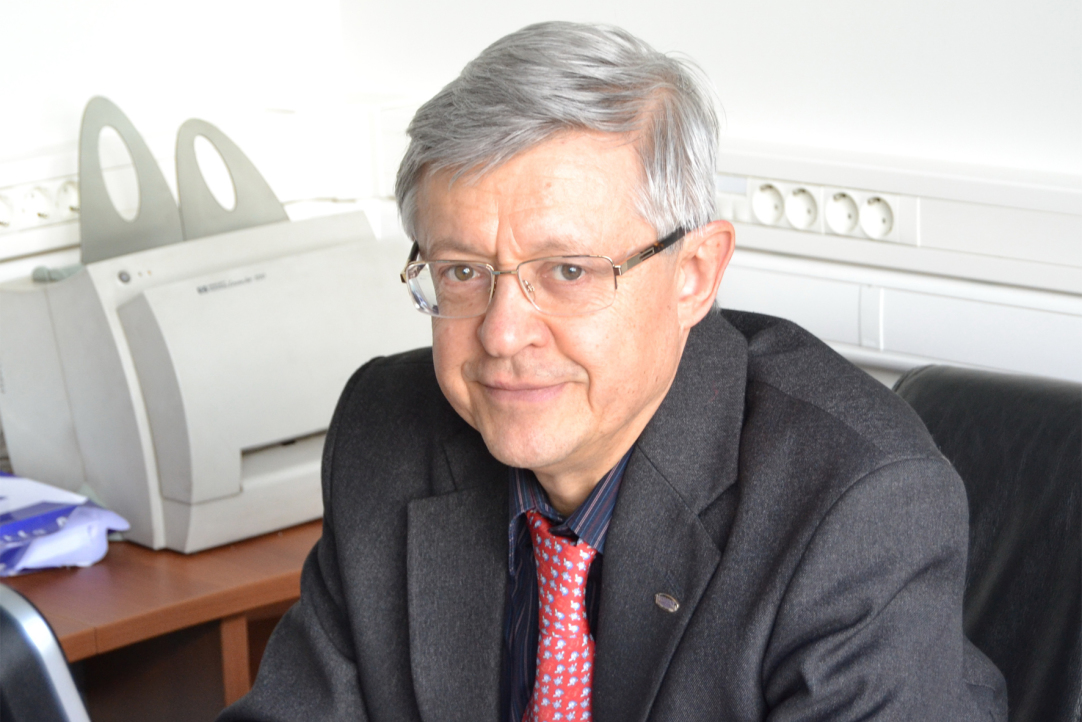 Professor Sevastianov is the new member of the HSE team, he joined the University in 2020. In the 1970s, Prof. Sevastianov studied at the Oriental faculty of the Military Institute of the Russian Ministry of Defense (currently Military University of the Ministry of Defense of the RF). After graduation he has spent military career at the Russian Pacific Fleet making naval deployments to different parts of the Pacific Ocean, while at the end of it he headed the Department of International relations at the Pacific Fleet. Prof. Sevastianov had got long term practical experience in the field of international relations of the Asia-Pacific region, and that was why after retirement he decided to devote second part of his professional life to academic career.

— In the recent decades, you have fantastic experiences in military and academic area. What are the links between the two parts? What kind of opportunities and challenges did you meet in this transition?

— Firstly, as mentioned above, during my Naval career I have got rich regional studies’ knowledge. Besides, I had a rare chance to study at theNational Defense University in Washington, DC (one of the most prestigious military institution in the U.S.). Overall, that experience helped me to make a relatively smooth transition to an academic world and get Ph.D. in Political Science at MGIMO.

— You have teaching career of universities in Far East and HSE Saint Petersburg, what do you think about the differences between them?

— In the Russia Far East I was teaching at two universities: firstly, at Vladivostok State University of Economics and Service, and then at the Far Eastern Federal University. At FEFU I was teaching graduate level courses in the sphere of Asia Pacific International Relations. In September 2020 I was lucky to join HSE and to become a professor at this excellent MA programme “Business and Politics in Modern Asia”. I really like teaching here, because, on one hand, I have got a unique chance to capitalize on my previous research and teaching experience, on the other - to meet very professional colleagues and students with good knowledge and high motivation to study. I should mention that students’ selection process in HSE is more competitive than at the universities of the Russian Far East, while teaching and research requirements at HSE are also very high.

— After Biden succeeding President of United States, it is possible to change regional political structure in Indo-Pacific Area and Northeast Asia significantly. In your view, how will Russia play role in related areas? What’s the influences on relations between Russia and related countries?

— As we know, President Biden will more or less follow IR course of President Obama and Hillary Clinton, who was his Secretary of State. It means he will be more focused on strengthening alliances and partnerships in the Asia Pacific Region with Japan, Republic of Korea, India, Australia and Southeast Asian countries. It is good for stability of the region to a certain extent. On the other hand, Biden will press China more heavily in ideology and in other fields thus bringing more political and economic division and polarization in the region.

As for Russia, during tenures of two latest American Presidents, Democrat Obama and Republican Trump, they had different attitudes to the APR as a whole and toward Russian role in this region in particular. Obama tried to constrain Japanese and Korean political and business contacts with Russia, but Trump has been more ambivalent on that. Thus, during President Biden’s tenure, I don’t expect any improvement of Russia-US relations in the Asia-Pacific. At the same time key regional actors, such as China, Japan, India and South Korea, elaborated special geopolitical and economic programs aimed at developing more stronger and diversified relations with Russia in its Far East and Siberia. Besides, leaders of all these countries recently attended Eastern Economic Forum in Vladivostok, so we may have good expectations in this field.

— You have plenty of research outcomes in Arctic study. How do you think of opportunities for international cooperation between Russia and Asian countries?

— Arctic is an excellent arena for international corporation between Russia and other countries, especially China, Japan and South Korea. Currently China is relying on its new “Great Polar Power” concept, thus playing growing role in the Arctic. China highlights and advances the Ice Silk Road concept as one of the parts of its well-known “One Belt One Road Initiative”. In practice it means its stronger cooperation with Russia in Arctic in development of the Northern Sea Route and energy projects. In fact, Beijing has strong strategic interests to cooperate with Russia in this region, while Chinese companies made sizable investments in joint projects with Russian gas company Novatek to produce liquefied natural gas in Yamal region. Besides, they are ready to invest in improvement of infrastructure (ports, roads), in the Arctic and at the Kamchatka Peninsula. Considering Japan and South Korea, Japan also made sizable investment in the LNG plant in the Arctic, while Koreans have interest in future exploitation of the North Sea Route. So, the potential and possibilities for regional corporation in the Arctic are enormous.

— What do you think of Northeast Asia Regionalism, East Asian Integration and economic corporation in Asia such as CPTPP or RCEP. How can Russia internal policy correspond with these external trends?

— It is an interesting question. Northeast Asia Regionalism per se is still facing problems. Firstly, North Korean threat for regional security remains a key obstacle for NEA integration. Secondly, bad bilateral relations between Japan and South Korea are also a serious problem for this process. However, most important pair of bilateral relations in this region is between China and Japan, and we can see some slight improvement here.

There are two key institutions of multilateral economic cooperation in the region (CPTPP and RCEP) led by Japan and China respectively. Nowadays, they compete with each other in some way, but I hope that in future these two systems can get along better and will became building blocks for a wider Asia-Pacific free trade zone.

In terms of Russia, recently Moscow improved its positions in Northeast Asia in many ways. For example, our regional neighbors are taking part in economic development of the Russia Far East. Russia was able to successfully arrange several annual meetings of the Eastern Economic Forum in Vladivostok with NEA countries leaders’ personal participation, and that could be seen as a success of President Putin’s politics in NEA.

— Would you please recommend some books or authors to young students who are interested in international relation and Asian-Pacific study?

— Online education becomes solution to provide more opportunities and possibilities in current situation. How do you think about that? Do you have some experience sharing and advise to student attending online courses?

— In a current situation of Covid-19 pandemic, online education is a good option for teachers to teach and for students to study. In this situation my advice for students attending online education courses is to be more active during seminars, and not to be shy to express themselves. At the same time in these circumstances students should demonstrate more responsibility and self-discipline.