In bk.: An Anthropogenic Table of Elements: Experiments in the Fundamental. Toronto: University of Toronto Press, 2022. P. 61-69.

Elena Kochetkova, researcher at the Department of History and the Centre for Historical Research, took part in a ‘Transplanting Modernity’ workshop, which took place from June 22-24, 2015, at Georgetown University in Washington, D.C. 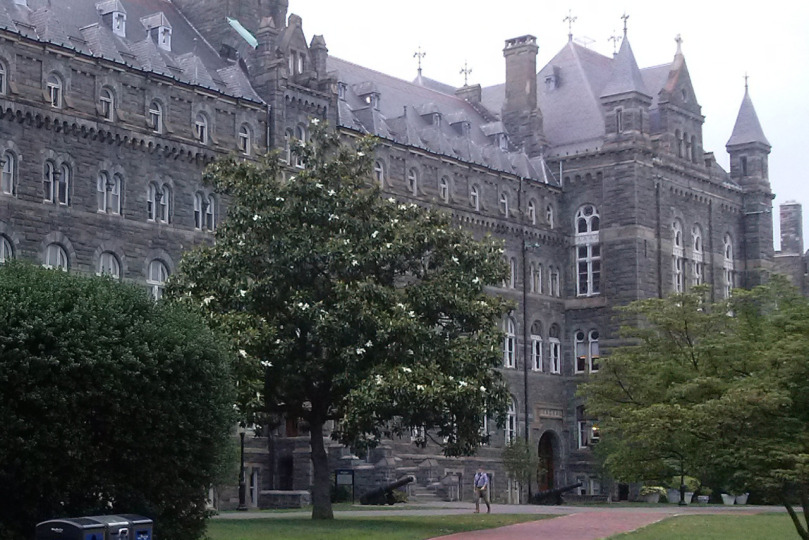 The workshop was dedicated to post-colonial development of the Third World countries, with a special focus on environmental history. The papers and discussions included such issues as decolonization and modernization, USA’s and USSR’s development programmes in Africa, nature management, resources, technological impact on the environment etc. Elena Kochetkova spoke on ‘Soviet Technological Aid and Environment in Africa in the Late Cold War’, which was based on the results of a study as part of the Centre for Historical Research project ‘History of technology and infrastructure in Russia and the Soviet Union: standardization processes and practices and their participants’. Part of the project studies the role of Soviet engineers in Africa’s post-colonial development and particularly the history of building hydro power stations in new independent countries. The paper was prepared together with Julia Lajus, the project head, and two research assistants, 3rd-year students, Polina Sliusarchuk and Anna Vladimirova.