All Aboard! Yachting in HSE

What sounds more adventurous and fun than sailing on a yacht in Saint-Petersburg on a sunny summer day? 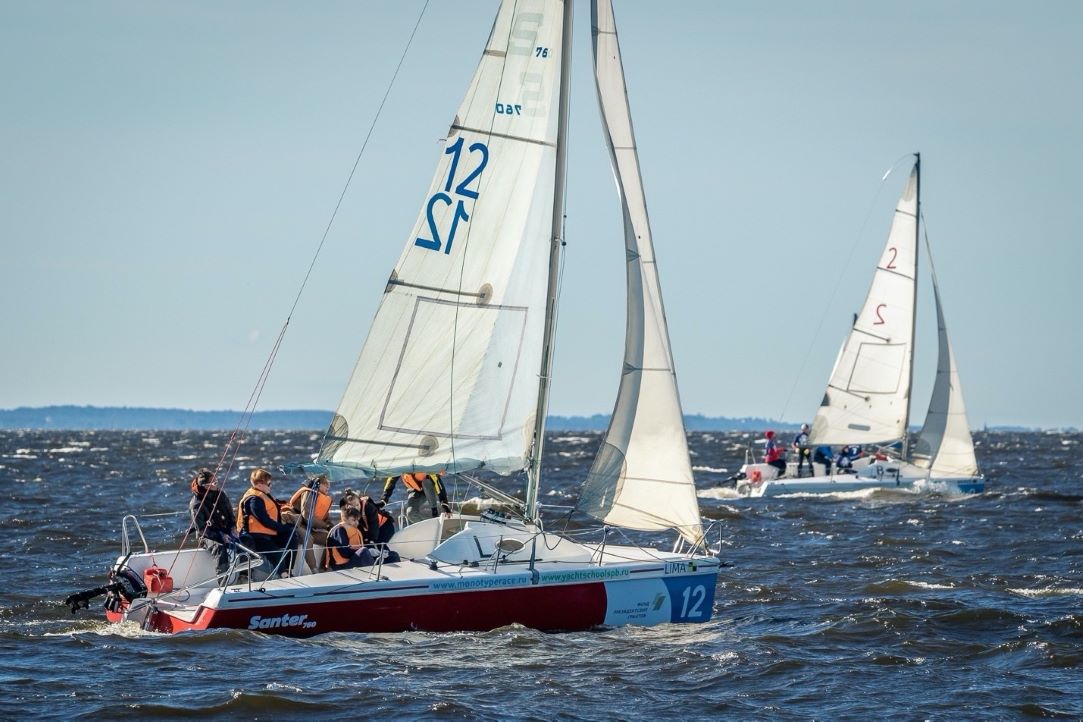 In “Hermès” club («Гермес в иллюминаторе») there is a possibility to not only learn this sport for free, but also get a credit for physical education classes. We have talked with two of the founders of “Hermès”, Alexander Mynie and Gleb Zyranov about their main duties, the process of sailing and their motivation.

How did you establish the club and what was the main concept of it?

Sasha: Well, it all began in the summer of 2019. Our friend Arina has found a yachting project («Паруса России») and invited people from HSE there. The project was completely free for student from any university and there was no separate HSE section at the time. I have found it via the group for HSE sport classes and sent to Gleb right away. We have started to attend the classes together, at first without any credit. In September, we took part in a race just for the experience.

Gleb: We decided to create the club at the bar, where we celebrated our first race. Arina came up with the idea and we were all for it.

How are the classes held?

Gleb: You need to sight up in advance in our google form and attend an Interview with one of the crew members. After going though the selection, students can attend our classes two times a week. Five students and the instructor board the yacht and the action starts. Of course, we always explain all the basics for the newcomers. If there are three persons on board who know the drill, that is enough. First we use the motor engine and then, depending on the wind, open the sails.

Sasha: Last year, when we didn’t quite establish the whole organizational system, we have simply contacted anyone who filled the google form. Now, we have our own VK page and a formed community there. The greatest thing is that this year, HSE has a separate instructor, a student of Makarov University.

I know that you have also held online classes, could you please tell more about them?

Gleb: We have managed to gather only for or five times offline ourselves, before that we had a course from a sport association, they provided us with free offline classes. Once HSE stared to soften the anti-COVID measures, we began our meetings.

Did some people join you after the theoretical courses?

Sasha: Only 15 people have taken all theoretical classes, others (more then 50), have joined us after.

Please tell us more about your team. Who is the part of it and what are the roles on a yacht?

Sasha: The main aim of our team is to take part in races on behalf of our university. The crew consists of a bowman, who works on the bow of a yacht, rigging person, responsible for turns of a jib (a second, smaller sail) and and a helmsman, engaged in maneuvering.

Gleb: according to the racing rules, there need to be five people on board, one of them will operate the sheet of the boom (a horizontal construction which holds the sail), so that the helmsman can concentrate on the direction and strategy.

There is also one role that is called “the piano man” on professional slang, he is in charge of all small sailing tackle, like ropes.

Sound complicated but very exciting to me, and what is the yacht you are sailing on?

Gleb: Santer 760, many people think this yacht was, Ian in Finland, but in fact it is Russian.

Sacha: it is a sport yacht, which is considered unsinkable. This yachts are made for a high roll. The more the roll, the less is the contact area with water and hence, the more the speed.

Sasha: the main danger is to get hit by the boom-sheet, which always flies from one board to another. Of course, we take all the safety measures and wear life jackets.

How many crews do you have and how can a student become a part of one?

Gleb: we have 10 crews. There is a lot of interested students, therefore we accept only those who attend our theoretical classes in September. In future, we hope that the club will prosper, and we will find successors after we graduate, as organizing the club takes a ton of time and effort.