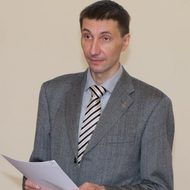 This two volume constitutes the refereed proceedings of the Fourth International Conference on Digital Transformation and Global Society, DTGS 2019, held in St. Petersburg, Russia, in June 2019.

In the paper, a two-level infinitely repeated hierarchical game with one player (center) C0 on the first level and S1...Sn subordinate players on the second is considered. On each stage of the game player C0 selects vector x=(x1....xn) from a given set X, in which each component represents a vector of resources delivered by C0 to one of the subordinate players, i.e. (formula presented). At the second level, Si i=1,2..,n, choose the controls (formula presented), where Yi(xi) depends upon the choice of player C0. In this game, a set of different Nash equilibrium also based on threat and punishment strategies is obtained. In one case, the center enforces special behavior of subordinate firms (vector of manufactured goods), threatening to deprive them of resources on the next steps if the subordinate firms refuse to implement the prescribed behavior. In another case, the subordinate firms can force the center to use a certain resource allocation threatening to stop production. Using different combinations of such behaviors on different stages of the game, we obtain a wide class of Nash equilibrium in the game under consideration. The cooperative version of the game is also considered. The conditions are derived under which the cooperative behavior can be supported by Nash Equilibrium or Strong Nash Equilibrium (Nash Equilibrium stable against deviations of coalitions).