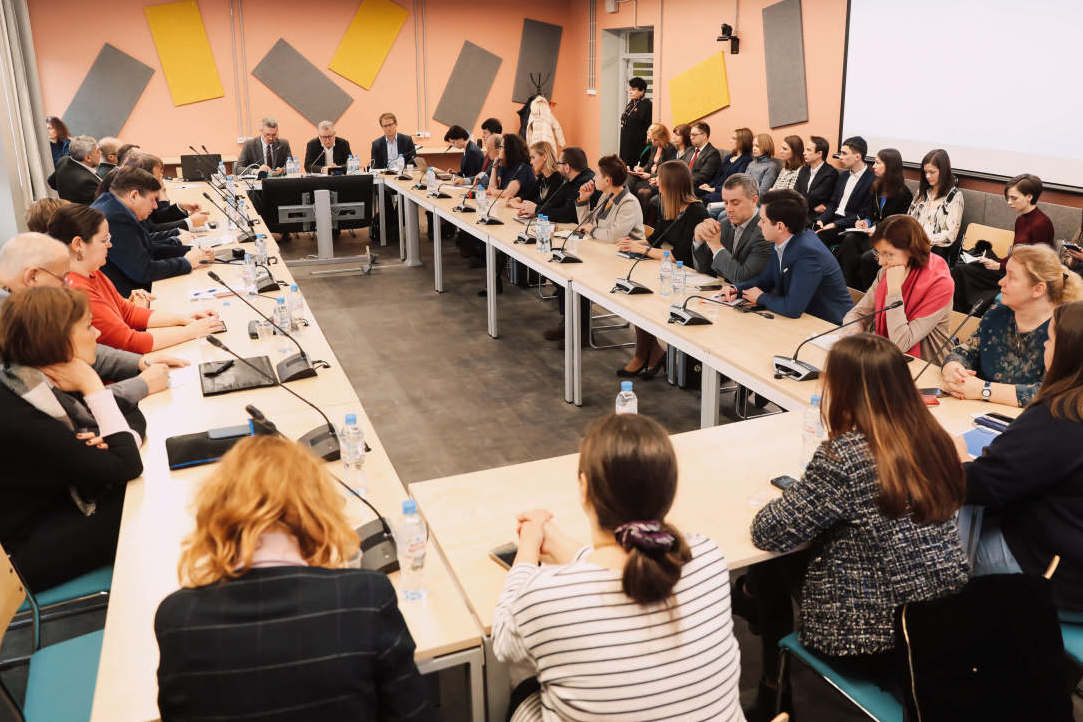 One of the tasks of HSE University in the coming years will be to help universities in Russia’s regions beyond its two largest cities. ‘A country cannot develop if all of its ambitious and intelligent people who are willing to invest in themselves leave their home regions and move to Moscow,’ Mr Kuzminov said.

HSE is already implementing a Russian post-doc programme, and it will soon be creating joint research centres with regional universities.

Rector Kuzminov explained the University’s new rules regarding student media. ‘HSE will provide you with support if the University supports your concept. Your Charter and your editor-in-chief or editorial board will be approved, and you will then adhere to an independent editorial policy, which HSE will protect until you go beyond your mandate that was established by the Academic Council,’ he said.

‘For academic achievements, a student should receive grants or a research assistant salary,’ Rector Kuzminov said. ‘In other words, they should earn their money.’