INAS, twelfth annual international conference devoted to analytical sociology was taking place in HSE from May 31 to June 2. Anastasia Kuznetsova, second-year Master student of the programme 'Modern Social Analysis' and a research fellow of 'Laboratory of Sociology in Education and Science', told in her interview about the conference events and which researchers visited Higher School of Economics.

Many reports of the conference were devoted to ABM, agent-based model – a modelling method which is widely used in analytical sociology. On our education programme young sociologists get acquainted with basics of ABM and, for sure, it is motivating to witness a proof that this method is really useful and is actively used by scientists in research conducting. Peter Hedström, the author of 'The Oxford Handbook of Analytical Sociology' which is a textbook used by students to study the 'Methodology and Methods of Sociological Research' course, also attended the conference.

A clue speaker of the first conference day was Michael Macy, a professor at Cornell University. He presented a report ‘Partisan Polarization in Parallel Worlds’ where he told that probably all the modern cultural hits became hits just because of random and, if some parallel worlds existed where things randomly happened another way, we would consider absolutely other things as classics. Macy also told that it is important to include noise such as other people opinions about one’s choice into the forecasting model. Inclusion of such a noise into this model increases the accuracy of the forecasts related to people.

The second speaker was Flaminio Squazzoni, professor of Milan University, who presented his report ‘Computationally Augmented Behavioral Sociology: How and Why to Integrate ABM and Experiments’. He considered merits and drawbacks of ABM application in comparison with lab experiments in sociological researches. These two methods are opposite in many ways, so joint application of both of them will contribute to getting better results (that is what Professor Squazzoni and his colleagues do in their recently opened BEHAVE laboratory).

HSE representatives also spoke at the conference: Ksenia Tenisheva presented her report about the choice of schools in Saint Petersburg and Anna Loseva explained how analytical sociology and behavioural theories intersect in the scientific environment.

Symposium was a final conference event, devoted to ways to teach undergraduate students Computational Social Sciences. Conference participants, including a lot of university professors, shared their experiences in sociology and its analytical way.

An overwhelming majority of universities teach classical sociology, and the computational aspect of sociology is not sufficient for the undergraduate level. Analytical sociology can be learned only on masters or PhD programmes. Foreign colleagues were impressed by bachelor’s students’ posters, which were presented on the second day of the conference – such kinds of researches do not take place on their bachelor’s programmes. Teaching sociology with an accent of theory building and their verification with real data – is unconventional way, since traditionally bachelor’s education is built around the theories of classics of sociology. It is difficult to change this tradition, but since HSE is a young university, our programme managed to avoid them and to add to its name 'Sociology and Social Informatics', getting bachelor’s education to new more analytical way going ahead the most of the world universities.

Material is prepared by Anastasia Kuznetsova and Adelina Akhmedova.

Date
24 June  2019
About
HSE Campus in St. Petersburg, Laboratory of Sociology in Education and Science
About persons 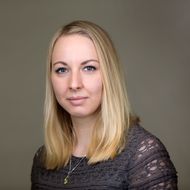