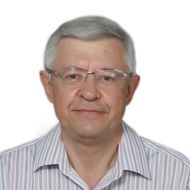 This course is meant for those who are interested in learning more about major trends and developments shaping East Asia’s international relations. East Asia is understood here as an international-political region comprising Northeast Asia (NEA), Southeast Asia (SEA) and the US as an external actor. The key emphasis in the course is made on NEA, including: China, Japan, Korea (North and South), Russia and Mongolia. The standing of East Asia in the world order, which is already high, continues to rise. There are now hardly any doubts that this regional system will shape the global international order in the 21st century, though there is still a substantial amount of conflict and tension in the region. While it is lacking a solid system of cooperation to ensure mutual security, there exist systemic forces that generally contribute to peace and stable economic development in the region. Therefore, the course will examine East Asian international politics as a complex interplay, or dialectics, of rivalry and cooperation between key actors in economics and security.