Delivered at:
School of Asian Studies 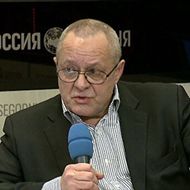 During this course the students will get acquainted with the influence of Islamic economic and social models as introduced during the historical time span from the VII Century through our times. They will study the impact of the ethical and moral side of the Sharia compliant trading and financial practices as they were introduced in the early days of Islamic conquests, the retreat of the overall economic practices during the period of colonial era, the resurrection of the idea in the late XIX early XX Centuries alongside of the national independence movements and the Renaissance of the Islamic Economic Concept in the second half of the XX Century. During the course the controversy of the Sharia compliant economic model will be discussed along with the study of different concepts and attitudes from the absolutely negative to the absolutely positive proselytizing of the Idea with the numerous variables in between. The course will investigate the current state and future prospects of the Sharia compliant model of business activity in different socio-political environment of the Asian countries. Pros and cons of the Islamic concept will be analysed versus the traditional anglo-salon way of doing business.