The summer school programme included seminars and lectures on the Topography of Imperial Power that touched upon economic, social, and political developments in the Russian Empire, held by professors of the Department of History, HSE St. Petersburg: Anton Kotenko, Lorenz Erren, Tatiana Borisova, Aleksandra Bekasova, Marina Loskutova. HSE University professors showed the German students around the city and its environs, once the political heart of the Russian Empire and the cradle of the Russian revolution. There was a special tour of St Petersburg’s metro stations with Phillip Schroeder, Senior Lecturer of the Department of the History of Eastern Europe at Georg-August University of Göttingen. Students also attended Russian language classes and had an opportunity to visit some Russian NGOs and learn more about topical social issues. 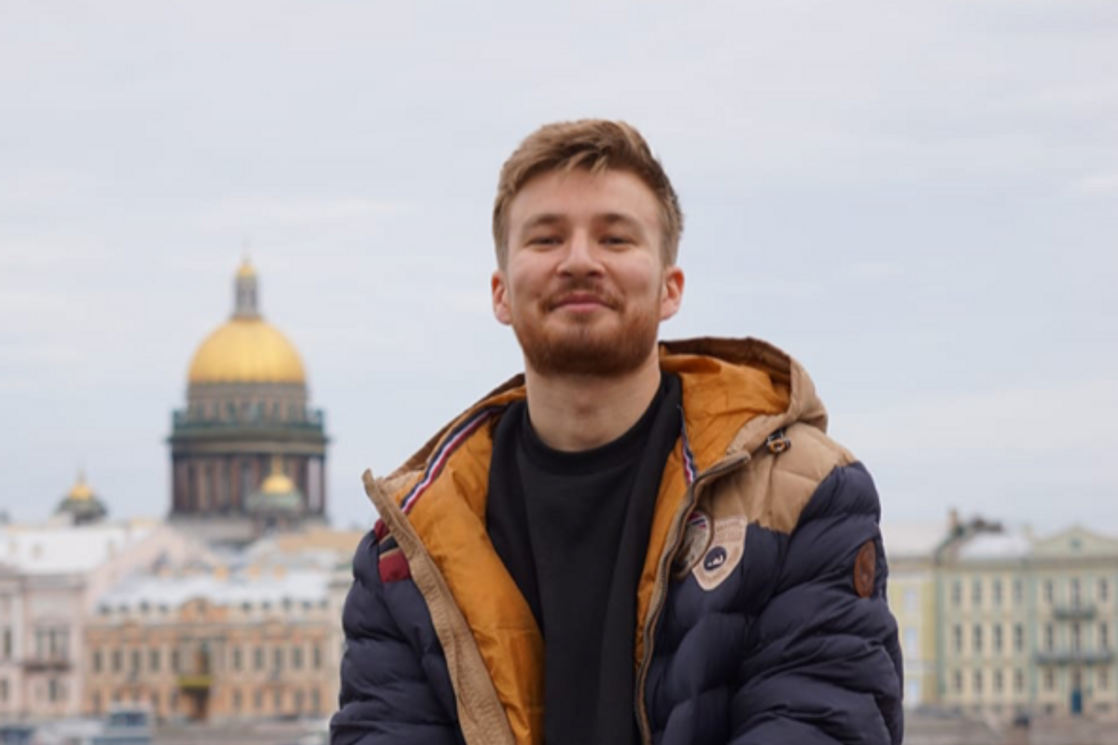 I always wanted to visit Russia and the Summer School was the perfect opportunity for that. Three weeks is quite a good time to get to know the city. I wish I would have known sooner about the DAAD-GoEast Program and the opportunity to visit St. Petersburg.

Every day we had either classes or excursions, but we used our free time to visit a lot of beautiful places as well. I didn’t know so much about the imperial chapter of Russian history because I specialize in Soviet history. So, I learned quite a lot about the history of St. Petersburg, the imperial capital of the Tsarist Empire.

I can definitely compare St. Petersburg to Paris and Hamburg. And I also find that the people, especially young people, remind me a lot of the people in Berlin.

There were Russian language courses, which also helped me a lot. It was an advanced course, so it was difficult to find common ground, but I still learned a lot, because I still have got problems with my grammar and writing. I also try to speak Russian to improve my language skills. 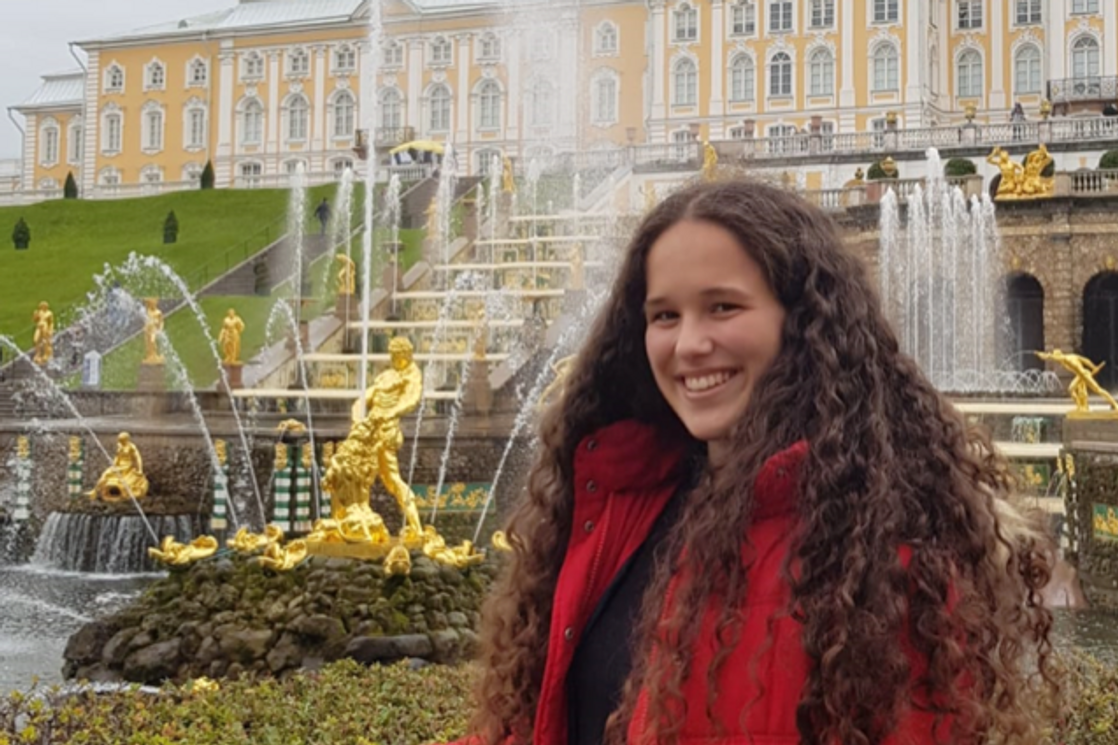 That’s my first experience with Russia, because at school we learned a lot about German history but not so much about the historical Russia and the Soviet Union. I’m really interested in the topic, and so as I guess it’s a great chance to learn a little bit more about it and, yeah, I’m very impressed by the facades of the buildings, and something like a tour is a great chance to see the history. I’m really happy that I’m here now and see something like Hermitage.

In Germany it was a little bit warmer than here, but now I’m OK with the weather. It belongs to the city, and I think that the city is adapted to this weather because the lights are so warm and cozy, so it’s comfortable although it’s raining, it’s OK, it’s interesting (smiling).

We learned [on Russian language seminars] much grammar, a lot of grammar skills and vocabulary, but there are so many that I forgot. Often lots of words of the beginning, but I think, it’s a start for learning more. It was hard especially because I missed two classes on Friday and on Monday. We learned something about the verbs, adjectives and the endings… the endings are the hardest because you always have to change them, it so difficult (laughing). In French it easier to learn the articles than here to change the ending because it’s not usual for us. I want to speak a little bit Russian, but it’s not possible. In normal talk I just came phrase something like “спасибо” or “до свидание”. So, we didn’t have so many possibilities to speak Russian in class, because we had to be taught the grammatical basics first. 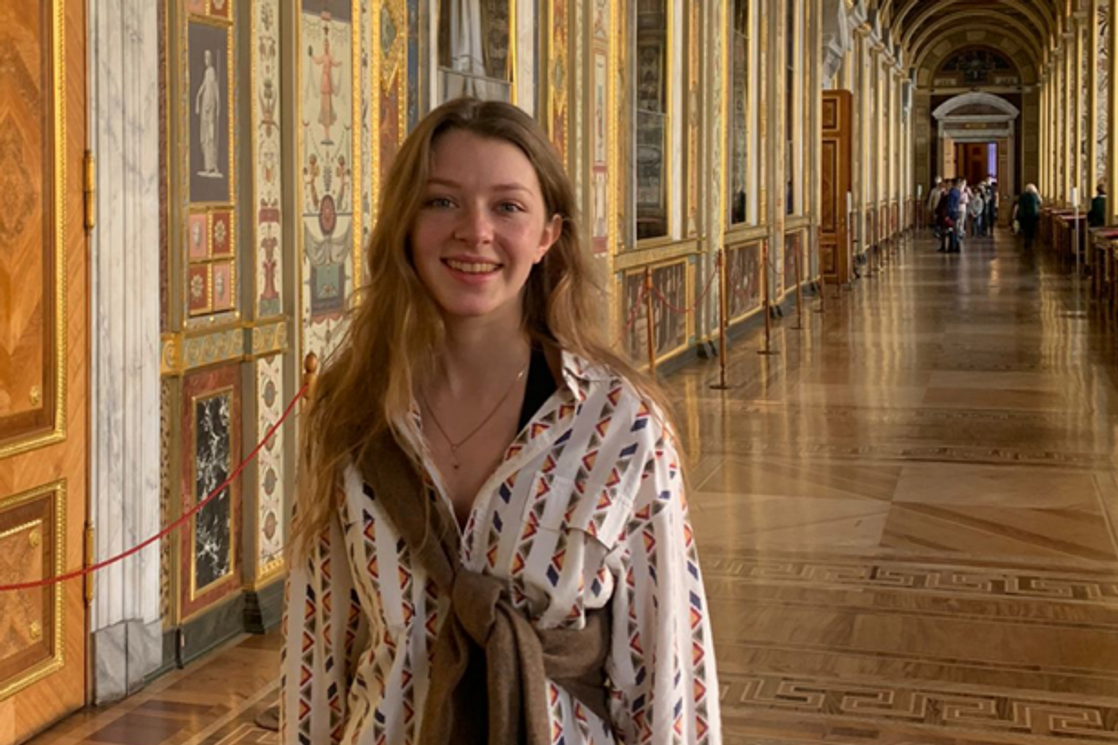 I want to see the world, and St. Petersburg always was a dream of mine to come, because I’ve this picture in my mind like with a coat in winter in St. Petersburg, coming out of the opera…, so I was excited to get to know the city. I have to say I knew Russian people before I came here so I already had an idea of the culture. I have been to Boarding school [in Germany] and there were many Russian people, so I knew some of the culture and I’ve been to Belarus before. But now it was interesting to be in a Russian city for a time of three weeks.

I think we are a really funny group, so at first it was a little bit difficult to have a dynamic together, but now we have really a lot of fun. The dynamic of the group, you can find that in the experience of the city, because we are together here, so the whole trip was really fun.

<…> The buddy of Maike, Katya, we really like her and also her cousin, so I think, I made some new friends, some Russian friends, maybe she will come to Göttingen. I’m really happy about her because, I think, the experience is more real or authentic if you meet Russian people, also Russian students.” 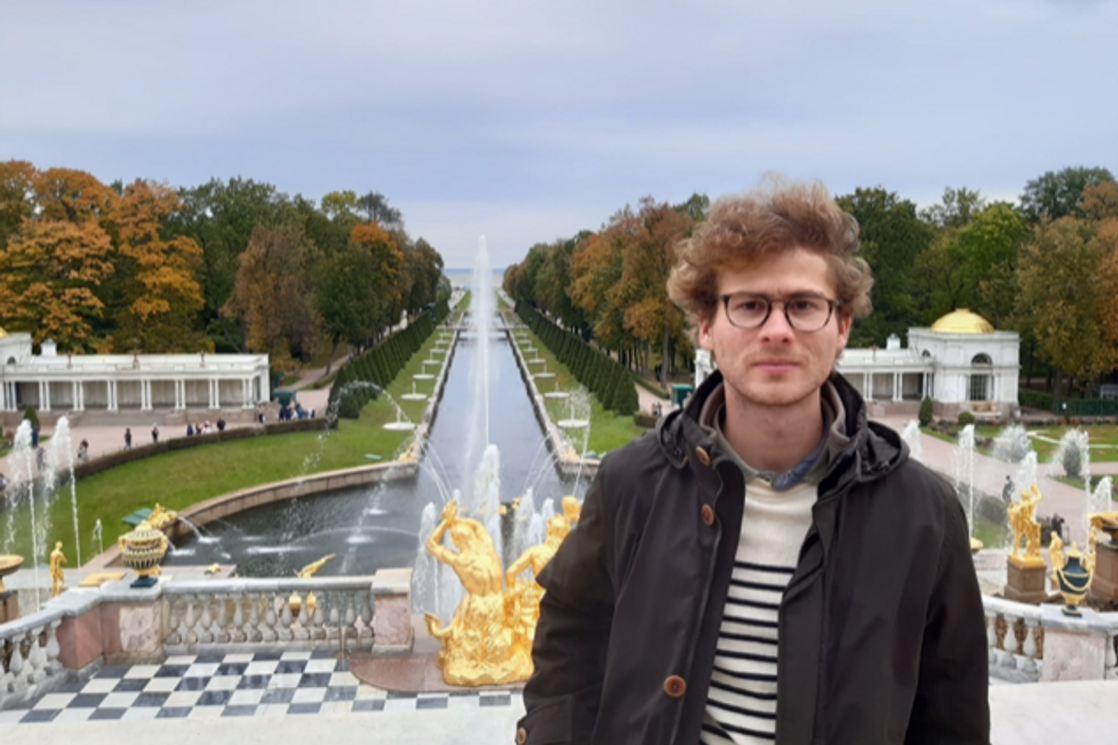 Actually, I’m studying in Germany, but I’m a French citizen. That’s kind of a childhood dream I would say [to go to Russia]. I was fascinated since I’m, may be, five years old about Russia because, you know, this whole history, this ancient Empire, that the largest country in the world. I remember that when I was six years old, I could spend one hour looking at the Europe World map and especially focus on Russia. And yeah, I’ve read a little on the Russian geopolitics in history, maybe rather is part of the European chessboard as for Russia itself. So, I felt it could be a great occasion to focus really on the country. I was keen indifferently on two parts of the history [Russian Empires and Soviet Union]. In France I’ve never met any Russian people, but in Berlin I did. In my student village, where I live, the apartment next to us had some Russian people, and that was, I think, my first contact ever to Russians.

It’s, of course, a little bit colder, it’s windier probably because of the presence of the Baltic Sea, but, well, the human being gets used to everything with a time, and I got used that the Indian summer like we call it the temperature isn’t over 10 degrees.

There have been so many things. I could not tell any particular cultural place, what I really loved was more generally the presence of the Neva River and the whole channels and like getting a little bit closer to the Neva history of St. Petersburg because I’m a sailor, so I’m really keen on naval affairs and sea at the talk, that would be, may be, what I gonna keep from the city would probably be its naval element. 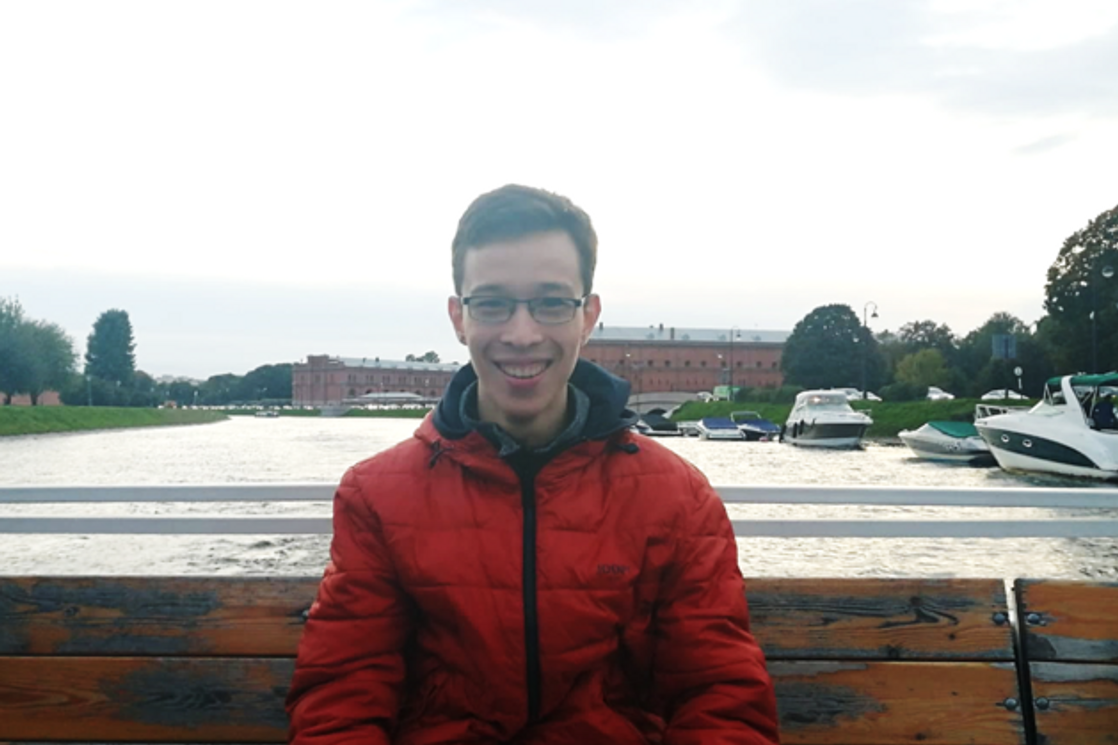 The foundation of yesterday which I visited was the most memorable. I forgot the name, I think, the name was “Antontut” [“Anton tut ryadom”, it was the foundation which helps people with autism. That was unforgettable because I didn’t expect meeting so many friendly people. My impression of some Russian people is that they look very strict and a little bit cold. They seem to be not so creative, but when I entered the foundation, it was a hided place of creativity because many artists or masters teach people with autism how to do some arts like ceramics, and they are working for big companies, printing for IKEA, for example. Just very interesting.

On the first day of St. Petersburg I got lost in the city and my phone was dead because the battery was empty and I can’t find the right way for getting home. And then I asked two girls and they helped me to find the right way. They walked with me to the bus station. <…> We have many commons [with Russian students]. We all are young people, young guys and most often very western-thinking or very open-minded for western culture.

First of all, I want to finish my Bachelor in Chinese and History and then my Master in education. After the graduation I must do two years practice in school for become a Highschool teacher. Later I wanna be a PhD student and write my dissertation.

Tips for future participants of the Summer School

Tabea Diedrich: Definitely pack an umbrella and thick clothes! Furthermore, you should be spontaneous and focus on the atmosphere and spend as much time as possible with the people from the city in order to have a wonderful time and get to know corners that you would otherwise not see.

Alexander Zhu: Firstly, you should learn some Russian before coming to Russia. Secondly, take advantage of the culture programme like the theatre, because it’s very good and the prices are low. Thirdly, take enough cash with you because the cards are not always working. Fourthly, download Yandex taxi app if you want to stay out until very late because the metro stations close after 12 p.m. Fifth, don't hail a taxi in the street—they are always cheating.

Félicien Huss: My advice would be not to forget warm and rain clothes of course. Also, rest before coming to the Summer School in order to start healthy and fit because there is an intensive month waiting for you! Also, do not hesitate to take some rest. You cannot be everywhere every time and it's fully OK. Otherwise, you may risk growing very tired or even getting sick due to the new climate and lack of rest. This happened to quite a lot of us – almost everyone even, but I was an exception. I also advise reading a bit beforehand about the city and the surroundings to design an autonomous programme.

Do not hesitate to get into some more wild nature areas further away like Lake Ladoga (Europe's largest lake, 30 times as large as Geneva, a real ocean!), which I really liked. Take initiative but try to find the best compromise with the academic programme, which can give you a lot. I was especially motivated by the Russian classes. To sum up: enjoy the experience thoroughly and commit yourself wholeheartedly to make this trip unforgettable!